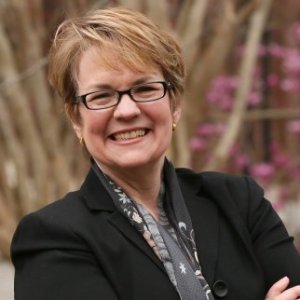 Vanessa Beasley, a Vanderbilt University alumna and expert on the history of U.S. political rhetoric, is vice provost for academic affairs, dean of residential faculty and an associate professor of communication studies. As Vice Provost and Dean of Residential Faculty, she oversees Vanderbilt’s growing Residential College System as well as the campus units that offer experiential learning inside and outside of the classroom.

Following stints on the faculty of Texas A&M University, Southern Methodist University and the University of Georgia, she returned to Vanderbilt in 2007 as a faculty member in the Department of Communication Studies. Active in the Vanderbilt community, she has served as chair of the Provost’s Task Force on Sexual Assault, director of the Program for Career Development for faculty in the College of Arts and Science, and as a Jacque Voegeli Fellow of the Robert Penn Warren Center for the Humanities.

Beasley’s areas of academic expertise include the rhetoric of American presidents, political rhetoric on immigration, and media and politics. She is the author of numerous scholarly articles, book chapters and other publications, and is the author of two books, Who Belongs in America? Presidents, Rhetoric, and Immigration and You, the People: American National Identity in Presidential Rhetoric, 1885-2000.

Amid Division, US Heads Toward Turbulent Transition of Power

In a new CBS/YouGov poll, 21% of Republicans said they approved of the bloody siege on the U.S. Congress by supporters of President Donald Trump. Many more believe the November election was rigged. As the U.S. heads into a turbulent transition of power, Patsy Widakuswara has the story on this divided and angry nation.

Why Trump's response to Capitol siege evokes memories of Charlottesville

Vanessa Beasley, a professor of communication studies at Vanderbilt University who studies presidential rhetoric, told ABC News that Trump's response to the insurrection at the U.S. Capitol is "a continuation and extension" of Charlottesville. The instances showcase a defining rhetorical strategy of his presidency: An "us versus them" messaging, she explained.

Trump paints apocalyptic portrait of life in US under Biden

Vanessa Beasley, a professor of communication studies at Vanderbilt University, said all presidents fall back on “us versus them” rhetoric during campaigns, but that once in office the rhetoric is tempered by the reality of having to govern for all.

Without Cheering Crowds, Democrats Try to Drum Up Enthusiasm at Virtual Convention

Vanessa Beasley, communications professor at Vanderbilt University, said eliminating the crowded arena created an aura of intimacy for viewers. “I think [Democrats] made some really strategic decisions about what it meant to go virtual and television as a particular medium, but also thinking about the way the rest of the media would pick up particular clips and sound bites to circulate on social media,” Beasley said.

“The most basic rule in political communication is that you keep doing the same thing until it doesn't work anymore,” said Vanessa Beasley, a professor of political communication at Vanderbilt University to VOA. “As I see President Trump doubling down on his race-inflected rhetoric, I think that he is assuming that what has worked in the past will work again."

Trump’s rhetoric has always stood apart from his contemporaries and continues to do so amid the pandemic. But in moments of crisis, it’s “exceptionally atypical to have any president continue to draw this much attention to themselves,” said Vanessa Beasley, a presidential rhetoric expert and associate professor of communications studies at Vanderbilt University.

As cases of the new coronavirus grow in the U.S., President Trump has been criticized for what some view as inaccurate and misleading statements regarding the coronavirus threat. White House Correspondent Patsy Widakuswara looks into why some say the president’s unique style of communication is not helpful during a public health crisis.

Biden took some hits in the first two debates from some of his rivals. But Vanderbilt University political scientist Vanessa Beasley said the former vice president has also demonstrated some resiliency. “There is still some good evidence that people in the Democratic Party think that he is the person with the best chance of beating Trump. I think there is a lot of forgiveness in that crowd right now because they want him to maintain that status of the most name recognition and the highest chance of beating Trump,” Beasley said.

Vanessa Beasley, a professor of communication studies at Vanderbilt University who is an expert on presidential rhetoric, said those moments make it harder for Trump to talk about unifying the country now. “The reason there’s going to be a credibility issue there is because he’s spent so much time to date as president remaining engaged in campaign rhetoric,” she said. “And his campaign rhetoric is characteristically us versus them.”