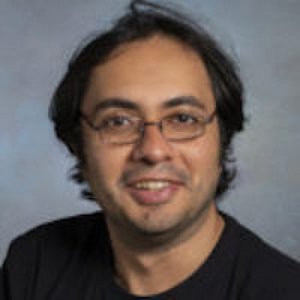 
Varun Makhija's research focuses on the interaction of light with matter, and the ensuing motion of molecular atoms and electrons. 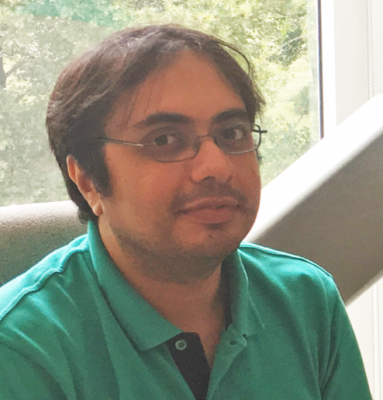 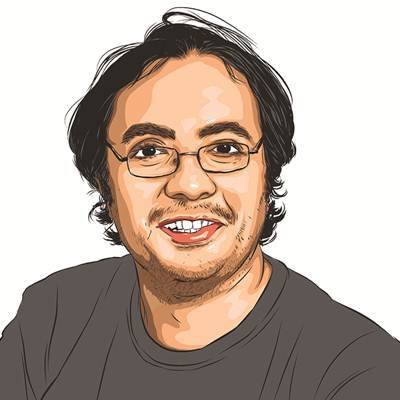 Varun Makhija earned a Ph.D. in Atomic, Molecular and Optical Physics in 2014 from Kansas State University. He was a postdoctoral fellow at the National Research Council of Canada in the lab of Dr. Albert Stolow from 2014 to 2018, and a visiting assistant professor of physics at Bowdoin College in 2019.

His research focuses on fundamental aspects of the interaction of light with matter, and the ensuing motion of molecular atoms and electrons. These motions are extremely fast, require bursts of light that last for only a millionth of a billionth of a second to image. Dr. Makhija works with collaborators at the Stanford Linear Accelerator Center, University of Virginia, Purdue University, Kansas State University and the National Research Council of Canada where lasers that produce such bursts of light are available.

With guidance from his advisor, Assistant Professor Varun Makhija, and other faculty members in UMW’s recently merged departments of Chemistry and Physics, Mills’ research chronicles the movement of frenetic molecules by making movies of them using lasers.

The pathways are critical for physics students – and University of Mary Washington undergraduates across disciplines – said Assistant Professor of Physics Varun Makhija. “The opportunity of being accepted into a graduate-level program offering a degree in such a high-demand field is extremely valuable.”

An Expert Explains: Why does an internet connection become unreliable in the rain?

As the monsoon begins to officially retreat, many in India will be looking forward to some relief from a phenomenon that they have come to expect whenever it rains: Internet connections become unstable, and cell phone networks deteriorate. Why does this happen?

“The subject was totally unfamiliar to me,” said Mills, who first met advisor Varun Makhija at last year’s symposium, before the assistant professor of physics joined the UMW faculty. “As my knowledge has progressed, it’s become a really rewarding topic.”

Journal of Physics B: Atomic, Molecular and Optical Physics

A theory and method for a matrix-based reconstruction of molecular frame (MF) photoelectron angular distributions (MFPADs) from laboratory frame (LF) measurements (LFPADs) is developed and basic applications are explored. As with prior studies of MF reconstruction, the experimental side of this protocol is based upon time-resolved LF measurements in which a rotational wavepacket is prepared and probed as a function of time via photoionization, followed by a numerical reconstruction routine.

Anja Röder opened a discussion of the paper by Martin Centurion: In your paper (DOI: 10.1039/d0fd00125b) you very nicely showed the dependence of the relative abundance of ionic fragments on the IR intensity, eg the C7H7+ fragment intensity increases three-fold from 30 TW cm À2 to 220 TW cm À2. Do you plan to extend your UED study to examine also several different IR intensities, and to investigate whether the same fragments are formed at different IR intensities?

Albert Stolow and Varun Makhija responded: From the fits to the data, the magnitudes of channels A2 and A3 are equal. This information convolves both relative population dynamics and photoionization cross sections. A full multi-configurational ab initio quantum dynamics simulation will be required to explain why these magnitudes seem to be equal in our fits.

A quantum molecular movie: polyad predissociation dynamics in the VUV excited 3pσ2Σu state of NO2

The optical formation of coherent superposition states, a wavepacket, can allow the study of zeroth-order states, the evolution of which exhibit structural and electronic changes as a function of time: this leads to the notion of a molecular movie. Intramolecular vibrational energy redistribution, due to anharmonic coupling between modes, is the molecular movie considered here.

Polyatomic molecules in strong laser fields can undergo substantial nuclear motion within tens of femtoseconds. Ion imaging methods based on dissociation or Coulomb explosion therefore have difficulty faithfully recording the geometry dependence of the field ionization that initiates the dissociation process.