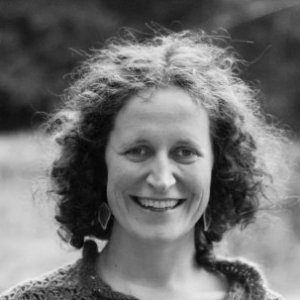 
Scientist interested in all things food and nature. Studying how we can do agriculture better. 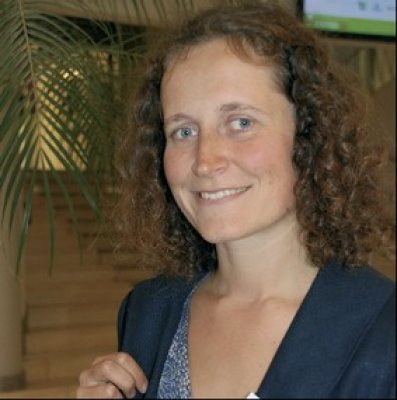 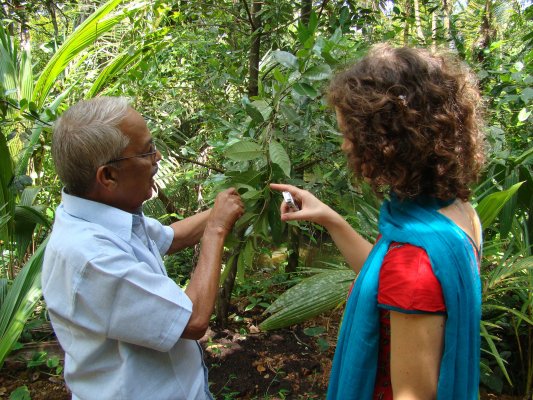 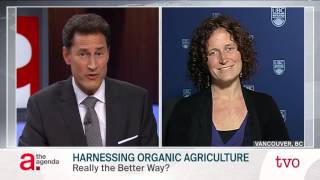 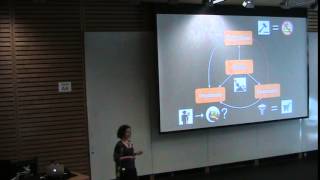 Verena Seufert is an environmental scientist specializing in agriculture and food topics. She received her PhD degree from the Department of Geography at McGill University, and is currently working as a Postdoctoral Fellow at the Institute for Resources, Environment and Sustainability (IRES) and the Liu Institute for Global Issues at the University of British Columbia (UBC).

Verena’s research focuses on the question of how to do food better: How can we create a world where everyone has sufficient and nutritious food they enjoy eating? How can we produce our food without destroying the very natural resources that food production depends on? How can we create a food system that is more just and more sustainable?

There are many purported answers to the question of how to do food better. Paleo! Organic! GMO! Vegan! Local! Global! But what do we actually know about these supposed solutions? Debates around these issues are often very passionate, but typically not sufficiently informed by good science. A particular focus of Verena’s work has been to assess these debates as objectively as possible, using rigorous scientific tools, to help us make sense of different claims, and in the end to allow us grow and eat food in a better way.

Verena has puplished her research in internationally renown journals (including, for example, Nature and Science Advances), she has given many invited talks (including keynotes) at international conferences, and her research has appeared in numerous print, online, radio and TV media outlets.

Organic farming matters – just not in the way you think

Is organic agriculture the solution to our global food system challenges? That’s been the premise and promise of the organic movement since its origins in the 1920s: farming that’s healthy, ecological, and socially just.

UBC post-doctoral fellow Verena Seufert joins The Agenda to discuss her idea that people need to move past the emotion surrounding the organic food debate and focus on the advantages and limitations of the agricultural practice.

The University of Chicago Press  print

Sarah travelled the globe to research her new book. In Consumed she reports on the efforts of people—in cities and on farms, from New York to rural India—who are putting together a new way of feeding the world that is resilient to the inevitable shocks that climate change will throw our way. Sarah tells the untold stories of this massive but little known global social movement that is changing all aspects of food. With her eye on the year 2050, Sarah lays out the decade by decade targets we must meet so that by mid-century we can feed ourselves in an ever increasingly turbulent world.

There’s nothing black or white about organic agriculture

Food is an emotional topic. Everyone cares about what they eat. Food often has a strong cultural, religious or even political meaning attached to it. Organic food is no different in that respect. People buy organic out of hedonistic values of pleasure and health as well as out of altruistic values of environmental sustainability, social justice and animal welfare.

Feeding the world requires both organic and conventional farming

Many people pay a premium to make sure the food they eat is grown organically. But a new study by scientists at Montreal's McGill University suggests that feeding the world without destroying the planet is going to take a combination of both organic and conventional agriculture. Marc Montgomery speaks with a co-author of the study, which is published in the journal Nature.

Will Organic Food Fail to Feed the World?

The War Between Organic and Conventional Farming Misses the Point

On April 23, the science journal Nature published a paper titled "Comparing the yields of organic and conventional agriculture," by Verena Seufert et al. The mainstream press waded into the paper's implications but had a hard time packaging them in a headline. CNN announced "Organic yields 25% lower than conventional farming," while the Los Angeles Times proclaimed "Organic Farming, carefully done, can be efficient."

Is The New Whole Foods Label Better Than 'Organic'?

Earlier this week, like any insufferable Brooklynite, I found myself in need of some baby spinach. A little pressed for time, I chose to forgo a run to my normal grocery store for a quick trip to my neighborhood bodega.

Study finds organic farming needs to stick to its roots

The increasing demand by consumers for organic food may have confused the actual reason the practice was first pioneered in the 1920s. That's one conclusion of the UBC study, Many Shades of Gray: The Context-Dependent Performance of Organic Agriculture. The recent study weighed the costs, benefits and sustainability of organic agriculture.

Organic foods, often touted as the more sustainable option for consumers, are no “Holy Grail” for the global food system, according to a new study. The paper, written by University of British Columbia researchers, challenges the widely held assumption that organic food products are automatically healthier or more sustainable than their conventional counterparts. Once lower yields are taken into account, the study finds that organic production can in some ways be considered less sustainable.

Whether organic food delivers health and environmental benefits depends a great deal on who you are and where it is grown, according to a new study from the University of British Columbia.

Hewing to a strict organic food diet can increase your grocery bill by up to 50% and might have only marginal increased health benefits, according to a new study published in Science Advances by two researchers at the University of British Columbia (UBC).

It’s easy to think that buying organic food helps to support local communities and protect the environment from the heavy hand of big agriculture. But the reality is not so clear cut. A detailed new analysis finds that organic farming is not always more upstanding than its conventional counterpart.

Organic agriculture has benefits but it is not a silver bullet for global food security, a new study says. Too much scientific uncertainty exists for organic agriculture to be considered a better alternative to conventional farming, says the study by two University of British Columbia researchers.

Organic farming matters - just not in the way you think

Is organic agriculture the solution to our global food system challenges? That's been the premise and promise of the organic movement since its origins in the 1920s: farming that's healthy, ecological, and socially just.

Sorry Gwyneth: Organic food may be good for your health but it will not save the environment

Organic farming, supported by celebrities such as Gwyneth Paltrow, may not be better for the planet. A major study of organic farms reports that some benefits of cutting out pesticides are being undone because so few crops are produced.

On Friday March 10th, the Globe and Mail released an article featuring an interview with Dr. Verena Seufert, the lead author of a new study on organic agriculture from the University of British Columbia. This paper, co-authored by Dr. Navin Ramankutty, sought to ‘assess organic agriculture’s performance and identify how we can improve it’, exploring the nuances of organic agriculture that make it complex to evaluate its environmental, livelihood and health benefits.

Many People Choose Organic Thinking It’s Better For Humans And The Planet, But A New UBC Study Finds That Might Not Always Be The Case

Many people choose organic thinking it’s better for humans and the planet, but a new UBC study published today in Science Advances finds that might not always be the case. GUEST: Verena Seufert - researcher at the Institute for Resources, Environment and Sustainability

Dr Verena Seufert explains why she thinks buying organic food may not always be a better choice for your health or for the environment.

Organic Food: Organic food is marketed as healthy, sustainable and environmentally friendly. But that might not be the full story. Guest: Verena Seufert, Researcher at the Institute for Resources, Environment and Sustainability at UBC

Organics - Are we better off with organics? A new study co-authored by Verena Seufert, UBC geographer-ecologist says Organics is not automatically better. In fact, it could be damaging the environment. She joins Kirk to talk about the impact of organics on the environment.

Many shades of gray—The context-dependent performance of organic agriculture

Organic agriculture is often proposed as a more sustainable alternative to current conventional agriculture. We assess the current understanding of the costs and benefits of organic agriculture across multiple production, environmental, producer, and consumer dimensions. Organic agriculture shows many potential benefits (including higher biodiversity and improved soil and water quality per unit area, enhanced profitability, and higher nutritional value) as well as many potential costs including lower yields and higher consumer prices. However, numerous important dimensions have high uncertainty, particularly the environmental performance when controlling for lower organic yields, but also yield stability, soil erosion, water use, and labor conditions. We identify conditions that influence the relative performance of organic systems, highlighting areas for increased research and policy support.

Comparing the yields of organic and conventional agriculture.

Numerous reports have emphasized the need for major changes in the global food system: agriculture must meet the twin challenge of feeding a growing population, with rising demand for meat and high-calorie diets, while simultaneously minimizing its global environmental impacts. Organic farming—a system aimed at producing food with minimal harm to ecosystems, animals or humans—is often proposed as a solution.

What is this thing called organic? – How organic farming is codified in regulations

Highlights: • The meaning of organic agriculture is highly debated. • Regulations define organic mostly in terms of ‘natural’ vs. ‘synthetic’ inputs. • Environmental best practices are not well represented in regulations.

Urban agriculture (UA) has been drawing a lot of attention recently for several reasons: the majority of the world population has shifted from living in rural to urban areas; the environmental impact of agriculture is a matter of rising concern; and food insecurity, especially the accessibility of food, remains a major challenge.

Organic Agriculture as an Opportunity for Sustainable Agricultural Development

Institute for the Study of International Development, McGill University

We need drastic changes in the global food system in order to achieve a more sustainable agriculture that feeds people adequately, contributes to rural development and provides livelihoods to farmers without destroying the natural resource basis. Organic agriculture has been proposed as an important means for achieving these goals.

In the light of daunting global sustainability challenges such as climate change, biodiversity loss and food security, improving our understanding of the complex dynamics of the Earth system is crucial. However, large knowledge gaps related to the effects of land management persist, in particular those human-induced changes in terrestrial ecosystems that do not result in land-cover conversions. Here, we review the current state of knowledge of ten common land management activities for their biogeochemical and biophysical impacts, the level of process understanding and data availability.