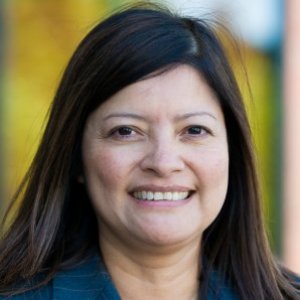 Veronica Tobar Thronson is a Clinical Professor of Law and Director of the Immigration Law Clinic at the Michigan State University College of Law. The Immigration Law Clinic provides opportunities for students to experience the practice of law through direct client representation in a well supervised and academically rigorous program with a broad and diverse docket of cases before administrative agencies, Immigration Court, state courts, and appellate courts. Clients include unaccompanied minors in removal proceedings, victims of domestic violence, family based immigration petitioners, asylum seekers, and naturalization applicants. Students engage in policy research, resource development, community outreach and systemic advocacy on issues related to immigration. Thronson routinely conducts trainings for attorneys and judges, and was appointed to the faculty of The National Judicial College in 2012. In 2015 she became expert faculty with the National Immigrant Women's Advocacy Project at American University Washington College of Law, Family Law Attorneys Community of Practice.

From 2002 to 2010, Thronson was the Directing Attorney of the Domestic Violence Project at the Legal Aid Center of Southern Nevada where she practiced in the areas of family and immigration law. She also taught Community Property as an adjunct professor at the William S. Boyd School of Law at UNLV. Previously, Thronson served as the Director of Training and Legal Services at the New York Immigration Coalition, a non-profit umbrella advocacy organization for over 200 groups in New York that work with immigrants, refugees, and asylees. At the Coalition, Thronson developed community outreach materials and programs, and conducted training for advocates and attorneys on immigration and benefits laws and their impact on immigrant communities. She also appeared bi-weekly on an internationally broadcast program of Univision providing information on current immigration law, benefits law and immigrant-related topics and was a regular commentator for other local and national newspapers and radio programs on these topics.

Protecting parental rights when the immigrant parent is detained or deported

2017 Advises advocates about the best possible strategies to be used in worst-case scenarios, e.g., such as when an immigrant mother is separated from her children due to deportation proceedings. Fortunately, under the U.S. Constitution, as pointed out by the authors, "Immigrant parents, both documented and undocumented, including those in detention, in deportation proceedings, and those deported have a constitutional right to raise, nurture and determine the custody of their children." This part of the article offer instructions to advocates on actions they must take, deliberately and promptly, to ensure that their immigrant clients' right to nurture and care for their children is preserved.

‘Til Death Do Us Part: Affidavits of Support and Obligations to Immigrant Spouses

2012 This article analyzes the use of a federal affidavit of support, a required document that forms part of all family immigration petitions to overcome public charge grounds of inadmissibility. The federal statute mandating affidavits of support was altered in 1996 in an attempt to make them contractually binding, even after the dissolution of marriage. Further, affidavits of support implicate not only obligations between spouses, but also deeming analysis for public benefit eligibility. Case law interpreting these affidavits of support is scarce and varied, but trends, patterns, and contested issues are emerging. Yet courts have not settled on any theory and practice for incorporating these affidavits into their decisions related to family dissolution. This article provides an introduction to affidavits of support and an initial effort to frame the most critical issues related to them that arise in family litigation. This article also highlights some of the key strategic issues and caveats for litigants and parties.