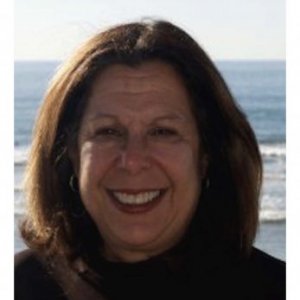 
Vicki Grassian is an expert on the chemistry and impacts of atmospheric aerosols, indoor surfaces and nanomaterials. 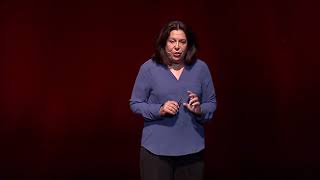 Grassian received her B.S. degree in chemistry from the State University of New York at Albany. From there, she did her graduate studies at Rensselaer Polytechnic Institute (M.S., 1982) and the University of California-Berkeley (Ph.D., 1987). Following postdoctoral positions, she began her independent academic career at the University of Iowa as an assistant professor. At Iowa, Grassian rose through the academic ranks and in 2010 was named the F. Wendell Miller Professor of Chemistry in the Department of Chemistry with appointments in the Departments of Chemical and Biochemical Engineering and Occupational and Environmental Health. She was also appointed the director of the newly formed Nanoscience and Nanotechnology Institute by the vice president for research, a position she held for a decade and directed the Nanotoxicology Core of the NIEHS-funded Environmental Health Sciences Research Center in the College of Public Health. In 2013, Grassian became co-director of the Center for Aerosol Impacts on Chemistry of the Environment, a multi-institutional NSF-Chemical Center of Innovation headquartered at the UC San Diego campus. In January 2016, she joined the faculty at UC San Diego as Distinguished Professor with appointments in the Departments of Chemistry and Biochemistry, Nanoengineering and Scripps Institution of Oceanography and holds the Distinguished Chair of Physical Chemistry within the Department of Chemistry and Biochemistry. In August 2016, she was appointed Associate Dean of Physical Sciences at UC San Diego.

Environmental and Health Effects of Nanomaterials

The New York Section of the American Chemical Society awarded Grassian the 2019 Nichols Medal for "significant and original contributions in any field of chemistry."

The awards program, initiated as part of the 2011 International Year of Chemistry celebrations, was created to acknowledge and promote the work of women chemists/chemical engineers worldwide. Grassian was one of 12 awardees selected based on excellence in basic or applied research, distinguished accomplishments in teaching or education, or demonstrated leadership or managerial excellence in the chemical sciences.

Fellow of the American Association for the Advancement of Science

Grassian, named the 70th recipient of the American Chemical Society (ACS) Midwest Award while a professor at the University of Iowa, received the award “for her exemplary contributions to chemistry, that span the areas of heterogeneous atmospheric chemistry and health and environmental implications of nanoscience and nanotechnology, for her outstanding teaching accomplishments and innovations, and for her exemplary mentoring, particularly of women.”

Grassian was recognized for her use of laboratory techniques to understand particles and their impact on climate, the environment and health.

ACS-CEI Award for Incorporation of Sustainability into Chemistry Education

UI Scholar of the Year Award, Office of VP for Research & Economic Development

“Sea spray aerosol was thought for a long time to be just salt — sodium chloride — and that’s not true,” Grassian told Ensia. “There’s a lot more that comes out of the water — viruses, bacteria, organic compounds, parts of cell walls." “There’s a lot of interplay at that air-ocean interface,” Grassian added. “Gases and particles go in and come out of the ocean, so what’s in the ocean is going to affect what gets into the air and vice versa.”

The surprising effect of ocean waves on global climate

Breaking waves are the stuff of romance and poetry, but the spray they generate is serious business. Just ask Vicki Grassian, who thinks about what crashing waves mean for clouds and, ultimately, our ability to understand and adapt to our changing climate. In more than 20 years as a professor in the University of Iowa’s chemistry department, Grassian earned the title “dust queen” for her studies of how mineral particles make their way from land into the sky. The specialized tools and expertise required to study dust eventually drew her to the Department of Chemistry and Biochemistry and the Scripps Institution of Oceanography at the University of California, San Diego, where investigators have spent much of the past decade tackling a tantalizing question: How does the ocean affect Earth’s atmosphere?...

Molecules that plankton and bacteria secrete can become incorporated into the bubbles, which ultimately release these compounds into the air. The molecules also mix with the chemicals and salts inside the particles, meaning that they are less able to carry water from the ocean—a property called hygroscopicity. This, in turn, affects the way the aerosol interacts with the sun's rays and influences cloud formation. "We were surprised by how distinct the changes in the chemicals in the individual aerosol particles were," says senior author Vicki H. Grassian, co-director of the Center for Aerosol Impacts on Climate and the Environment at the University of California, San Diego. "This is a great result for us, as it helps us see more clearly how sea spray aerosol is involved in climate."

2018 Aerosols generated from aqueous samples of readily obtainable humic material standards are often used as proxies for organic particulates found in the atmosphere in various investigations, such as consideration of radiative forcing effects. Here, we present results for the retrieved complex index of refraction, m = n + ik, at a wavelength of 403 nm for aerosols prepared from six humic material standards using a calibrated cavity ring-down spectrometer: a humic acid sodium salt, Pahokee peat humic and fulvic acids, Elliott soil humic and fulvic acids, and Suwannee river fulvic acid. In addition, we have conducted UV–vis spectrometric studies to measure the mass absorption coefficients, molar absorptivities, and absorption Ångstrom exponents of bulk aqueous solutions of the humic materials. We find clear differences between the humic acid (HA) and fulvic acid (FA) samples with the HA having larger values for the imaginary part of the refractive index, k. The mean value for the HA samples is k = 0.170 while the mean is k = 0.037 for the FA materials. We have examined correlations between the retrieved refractive index and humic material characteristics obtained from spectroscopic and elemental analysis, including aromatic content and the oxygen-to-carbon atomic ratio, where the molar absorption coefficient yields the strongest correlation. Finally, we compare the humic material optical properties to those of authentic and laboratory generated organic carbon samples in order to assess the usefulness of these humic standards as proxies for light absorbing aerosol.

Impacts of Lipase Enzyme on the Surface Properties of Marine Aerosols

The Journal of Physical Chemistry Letters

2018 Triacylglycerol lipases have recently been shown to be transferred from the ocean to the atmosphere in atmospheric sea spray aerosol (SSA). Lipases have the potential to alter the composition of SSA; however, the structure and properties of enzymes in the high salt, high ionic strength, and low pH conditions found in SSA have never been explored. Here, we study the dynamics of Burkholderia cepacia triacylglycerol lipase (BCL) at SSA model surfaces comprised of palmitic acid and dipalmitoylphosphatidic acid (DPPA), two commonly found lipids at SSA surfaces. Surface adsorption Langmuir isotherm experiments and all-atom explicit solvent molecular dynamics simulations together illuminate how and why BCL expands the ordering of lipids at palmitic acid surfaces the most at pH < 4 and the least in DPPA surfaces at pH 6. Taken together, these results represent a first glimpse into the complex interplay between lipid surface structure and protein dynamics within enzyme-containing aerosols.

Annals of Work Exposures and Health

2017 Deposition and surface-mediated reactions of adsorbed species can play a role in the level of exposure of occupants to indoor pollutants, which include gases and particles. Detailed molecular-level descriptions of these processes occurring on indoor surfaces are difficult to obtain because of the ever-increasing types of surfaces and their proximity to a variety of different indoor emission sources. The results of an investigation of interactions of glass surfaces in unique indoor environments are described here. Window glass, a ubiquitous indoor surface, was placed vertically in six different locations to assess differences in particle and coating depositions. Atomic force microscopy–photothermal infrared (AFM–PTIR) spectroscopic analysis of these glass surfaces reveals differences in morphology and chemical composition, which reflects the diversity of surface processes found in local environments indoors. Overall, this detailed microspectroscopic imaging method shows deposition of particles and the formation of organic thin films that increase the surface area and surface roughness of the glass surface. PTIR spectroscopy demonstrates that depositions can be linked to primary emitters intrinsic to each of the different local environments.

2017 The abundance of atmospheric ice nucleating particles (INPs) is a source of uncertainty for numerical representation of ice-phase transitions in mixed-phase clouds. While sea spray aerosol (SSA) exhibits less ice nucleating (IN) ability than terrestrial aerosol, marine INP emissions are linked to oceanic biological activity and are potentially an important source of INPs over remote oceans. Inadequate knowledge of marine INP identity limits the ability to parameterize this complex INP source. A previous manuscript described abundances of marine INPs in relation to several aerosol composition and ocean biology observations during two laboratory mesocosm experiments. In this study, the abundances and chemical and physical properties of INPs found during the same mesocosm experiments were directly probed in SSA, seawater, and surface microlayer samples. Two unique marine INP populations were found: 1) dissolved organic carbon INPs are suggested to be composed of IN-active molecules, and 2) particulate organic carbon INPs are attributed as intact cells or IN-active microbe fragments. Both marine INP types are likely to be emitted into SSA following decay of phytoplankton biomass when 1) the surface microlayer is significantly enriched with exudates and cellular detritus and SSA particles are preferentially coated with IN-active molecules or 2) diatom fragments and bacteria are relatively abundant in seawater and therefore more likely transferred into SSA. These findings inform future efforts for incorporating marine INP emissions into numerical models and motivate future studies to quantify specific marine molecules and isolate phytoplankton, bacteria, and other species that contribute to these marine INP types.