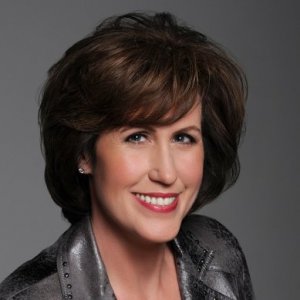 Vickie Sullivan is internationally recognized as the top market strategist for experts. Specializing in branding for high-fee markets, she has launched thousands of thought leaders since 1987. Ms. Sullivan is a popular speaker throughout the U.S. and Canada on why buyers buy in lucrative markets and strategies that position experts for those opportunities. Her market intelligence updates are distributed to experts in the U.S. as well as 17 other countries.

Ms. Sullivan has served twice on the editorial board for Professional Speaker Magazine, and currently serves as contributing editor for RainToday.com, a prominent community of 30,000 professional service firms. Her articles have been published in other publications such as Presentations and USA Today magazines and the Handbook of Business Strategy. Ms. Sullivan also has been quoted in mainstream media such as Fortune.com, The New York Times and Investor's Business Daily. Her work and views have appeared in books such as Bright-Sided: How Positive Thinking Is Undermining America by Barbara Ehrenreich, Secrets of Six-Figure Women by Barbara Stanney, and Getting Started in Consulting by Alan Weiss.

Ms. Sullivan’s groundbreaking work has earned her an appointment on the Women's Leadership Board for the Kennedy School of Government at Harvard. As a former member of the mentoring committee, she has given three presentations to the student body there on personal branding and prominence. As former member of the Executive Committee, she also served as Communications Chair from 2009-2011.

Ms. Sullivan's other volunteer activities include selecting speakers for international conferences, serving on boards for industry associations and mentoring. The first in her family to graduate from college, she earned her bachelor's degree in Journalism, Public Relations emphasis at the University of Oklahoma. She lives in Tempe, AZ with her husband Larry, her favorite geek.

Worked three jobs to pay for school. Graduated with no debt.