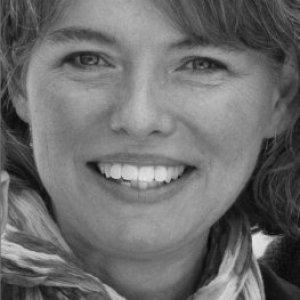 Professor of Psychology | University of Connecticut

Leaders need to “be the eyes and ears of the institution,” noted Vicki J. Magley, PhD, University of Connecticut psychology professor and NASEM report co-author. “Having a common language when we talk about sexual harassment is very important, especially when talking about gender harassment.” She pointed to the telling statistic that only 20% of women recognize examples of gender harassment as harassment.

We Asked 615 Men About How They Conduct Themselves at Work

In short, organizations play a big role in curbing or permitting harassment, said Vicki Magley, a professor of psychology at the University of Connecticut. “Research finds that sexual harassment occurs when it is tolerated — that is, when policies are not enforced and when incidents are not taken seriously,” she said.

Professor Vicki Magley is one of the few psychologists who’s researched sexual-harassment trainings in the workplace. She told Business Insider that it’s hard to quantify whether such education efforts are effective, since the effects are so poorly studied. One reason for this, Magley said, is that companies are often too afraid to study their own trainings to find out if they work. After being asked to evaluate a company's sexual harassment training program, Magley said, she has often had the project canceled before completion. It's a catch-22: companies don't know what works because they're too scared to find out...

The grim fact of the matter is that, most of the time, sexual harassment training doesn't work. As Vicki J. Magley and Joanna L. Grossman explained at Scientific American last week, research shows that harassment training has little if any effect on people's understanding and attitudes. In many cases, it actually backfires. One study showed managers were more confused about what constitutes harassment than they were before the training. Another found that men were more likely to blame victims of harassment after attending a seminar...

Sexual harassment scandals abound this fall. From media personalities to Hollywood directors to famous chefs, powerful men are getting called out for years if not decades of imposing themselves on women, and in some cases on men and children, with whom they work. These scandals are a sobering reminder that sexual harassment remains a persistent and pervasive problem in the American workplace. The incidents also prompt a return to old sociological and policy questions: What causes this behavior and what can be done about it?...

Women tend to be harassed, men the harassers. A 2012, report by Eurofound, found women were almost three times as likely to be subjected to unwanted advances as men. Women are most likely to be harassed at work when they are in the minority, according to Vicki Magley, professor of psychology at the University of Connecticut, who has researched the subject...

Why Can’t We Stop Sexual Harassment at Work?

Despite its popularity, there’s little research on this kind of training. Last year the EEOC established a task force to investigate workplace harassment and concluded that “much of the training done over the last 30 years has not worked as a prevention tool.” The commission could find only three studies, the most recent of which is 15 years old, that evaluated training programs over time at companies. “These training companies are making buttloads of money off these courses, but what little information we have on them raises serious questions about their efficacy,” says Vicki Magley, an organizational psychology professor at the University of Connecticut who co-authored two of the studies. There’s other academic research, Magley says, but it usually deals with fictional programs designed by researchers rather than actual courses that companies might use. In her experience, compliance courses help employees understand the definition of sexual harassment, but don’t change people’s behavior. “I have absolutely no faith that any kind of an online course is going to do anything to stop harassment,” she says...

2016 The current study sought to develop a practical scale to measure 3 facets of workplace health climate from the employee perspective as an important component of a healthy organization. The goal was to create a short, usable yet comprehensive scale that organizations and occupational health professionals could use to determine if workplace health interventions were needed. The proposed Multi-faceted Organizational Health Climate Assessment (MOHCA) scale assesses facets that correspond to 3 organizational levels: (a) workgroup, (b) supervisor, and (c) organization. Ten items were developed and tested on 2 distinct samples, 1 cross-organization and 1 within-organization. Exploratory and confirmatory factor analyses yielded a 9-item, hierarchical 3-factor structure. Tests confirmed MOHCA has convergent validity with related constructs, such as perceived organizational support and supervisor support, as well as discriminant validity with safety climate. Lastly, criterion-related validity was found between MOHCA and health-related outcomes. The multi-faceted nature of MOHCA provides a scale that has face validity and can be easily translated into practice, offering a means for diagnosing the shortcomings of an organization or workgroup's health climate to better plan health and well-being interventions.

2016 Historically, male workers have comprised a large proportion of occupational fatalities in the US. A common explanation for this has been that men are overrepresented in more physically hazardous occupations. Yet another potential explanation is that prescribed gender roles and norms contribute to higher rates of male worker fatalities compared with female workers. The purpose of this study was to test the assumption of the overrepresentation explanation, first, by testing the degree to which overrepresentation adequately accounts for men and women’s differing fatality frequencies across various occupations, and second, by exploring gendered worker, occupation, and organizational attributes which may explain variance in the severity of men’s fatality disparity between occupational titles. We used data from the Bureau of Labor Statistics and Occupational Information Network (O∗NET). Results indicate that more than 25% of the total occupational fatalities in 2012 occurred outside of what would be expected for equivalent fatality ratios for men and women working in the same occupation. Further, gendered job and worker characteristics significantly predicted variance in men’s relative risk for workplace fatalities across occupations (these characteristics, combined with sex representation, explained 10% of the total variance in men’s relative fatality risk). The results suggest that men may be at increased risk for occupational fatalities when compared to women in the same occupations, and advocate for investigating the role of gender for future research on injury and fatality discrepancies between male and female workers.

An eye for an eye? Exploring the relationship between workplace incivility experiences and perpetration

An empirical investigation of the relationship among forms of workplace mistreatment

2014 Organizational researchers argue that workplace mistreatment scholarship is hampered because of the wide variety of constructs studied. To investigate this concern, we conducted an item-level analysis of the relationship among workplace mistreatment experiences to assess construct overlap. Employed students reported how similar 17 mistreatment experiences were to one another (i.e., from measures of sexual harassment, generalized harassment, and incivility) and subject matter experts indicated the degree to which each experience represented several dimensions including Buss's (1961) dimensions (i.e., verbal/physical, active/passive, and direct/indirect) and others (i.e., sexual/ nonsexual and intentional/accidental). Nonsexual forms of mistreatment (i.e., generalized harassment and incivility) were perceived similarly despite their different conceptual definitions, whereas sexual harassment experiences were relatively distinct. Implications of the findings are discussed.