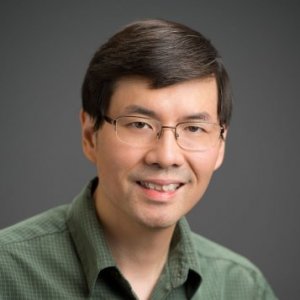 Dr. Li's research interests are in the areas of macroeconomics and monetary theory and policy. Li is a frequent voice in the media on the Federal Reserve. He has been a contributor to U.S. News and has been quoted over the years by ABC News, NPR, CNN, Bloomberg Radio, The Washington Post, The Wall Street Journal and Business Week.

The next financial crisis: Why it is looking like history may repeat itself

Sept. 15, 2018, will be the 10th anniversary of the collapse of Lehman Brothers, the fourth-largest investment bank in the United States. It was the definitive moment that pushed the U.S. economy into the Great Recession and the worst economic crisis since the 1930s. It can happen again. In fact, the current direction in federal policy suggests it even may be likely.

Op-ed: Front-runners to replace Yellen have too much Wall Street in their past

It was a good run, Janet Yellen. It's crucial that the Federal Reserve remain a nonpolitical and independent institution, and this begins with the selection of Fed chair. Both Ben Bernanke and current chair Janet Yellen have demonstrated that sound monetary policy that is credible and transparent can pull back the nation from the brink of economic disaster. ...

Is the timing right for a Fed rate hike?

Grab the antacid bottle … in the convenient economy size. The Federal Reserve’s rate-setting panel meets this week to hash out whether to make its first rate boost in 10 months (and only the 2nd since June 2006), and it’s enough to give investors indigestion. ... Victor Li, associate professor of economics at Villanova University, says the September decision is a lot closer than most observers think. He sees a hike in December but can see how the Fed might not want to risk an environment ripe for “moral hazard.”

Op-ed: Yellen's Fed is off to a good start

It’s been less than three months since Janet Yellen took over as chair of the Federal Reserve, but many in the financial community are already grading her performance and, so far, the reviews are mixed, ranging from poor to outstanding. With the next Federal Open Market Committee meeting this week, investors and policymakers will scrutinize Yellen even more closely than last month. The honeymoon (if there ever was one) is definitely over.

Op-ed: The right man at the right time

Ben Bernanke is expected to step down at the end of his second full term as chairman of the Federal Reserve and there is already rampant speculation as to who will be his successor. Top contenders include Fed insiders Janet Yellen and Donald Kohn, as well as former Treasury Secretary Lawrence Summers. The end of Bernanke's tenure will be a milestone for both the Federal Reserve and the nation. What will history eventually say about the man who presided over the worst economic crisis America has faced since the Great Depression and where will he be placed among his influential predecessors?

Federal Reserve policy makers voted unanimously on Wednesday to continue the central bank’s $600 billion plan to spur the recovery by buying government bonds. ... Victor E. Li, an economist at the Villanova School of Business, said that by not overreacting to recent improvements in employment and growth projections, the Fed seemed cautious. “I would have thought the statement would have been more optimistic,” he said.

Inside Money, Credit and Investment

Inflation and Productive Activity in a Multiple Matching Model of Money