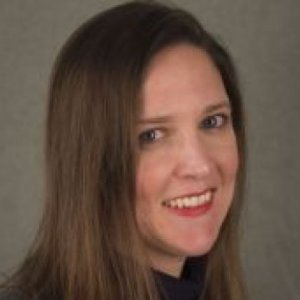 
Prof. Fantozzi is experienced in the field of Early Childhood education, researching developmentally appropriate technology use.

Dr. Victoria Fantozzi is an associate professor of childhood and early childhood education. Prior to joining the faculty at Manhattanville College, she was an assistant professor at William Paterson University in the Department of Elementary and Early Childhood Education and an elementary school teacher. She teaches courses in Emergent Literacies, Early Childhood Foundations, and Research Methods. Her research agenda includes teacher education, curriculum history and developmentally appropriate technology use in early childhood classrooms. Dr. Fantozzi has presented her research at national conferences including the annual meetings of the International Reading Association and the Association of Teacher Educators. She has published in international journals such as Educational Researcher, Young Children, and the Reading Teacher.

Now, the time for preparation is over. Teachers are having their routines upended, and will have to adjust on the fly, said Victoria Fantozzi, an associate professor of childhood and early childhood education at Manhattanville College in Purchase. “Online courses have planned routines and structures because you know you won’t see students face-to-face,” she said. “Here, teachers are being thrown into this. They have to take what they do daily in their classrooms, and make it work online.” Fantozzi said that teachers who have used online learning platforms extensively will at least know how to plan for teaching online.

Now, the time for preparation is over. Teachers are having their routines upended, and will have to adjust on the fly, said Victoria Fantozzi, an associate professor of childhood and early childhood education at Manhattanville College in Purchase. “Online courses have planned routines and structures because you know you won’t see students face-to-face,” she said. “Here, teachers are being thrown into this. They have to take what they do daily in their classrooms, and make it work online.” Fantozzi said that teachers who have used online learning platforms extensively will at least know how to plan for teaching online. “Those teachers are used to thinking about the kinds of work they can do with their students,” she said. “Other teachers will need training and time.”

Fantozzi says of the program, “It has enabled the children to use language to describe their work in an easy and seamless way. They are avid storytellers and love describing their art, projects and thoughts. We have coupled their natural excitement and energy and taught them to use the iPad for photos and video they can narrate. Our goal is for them to see the iPad as a tool for them to be able to express their stories.”

Pre-School to pre-service: Successfully using technology to support multi-literate readers and writers across all ages

Qualitative Methods as Support for Student Teaching? An Accidental Finding

One Classroom, One iPad, Many Stories

2017 Every day, we are surrounded by stories in print, on social media, in blogs, on the radio, and in stories from our friends and family. The ways people make meaning and communicate are increasingly multimodal and digital; yet, the preschool classroom, for all its multimodal learning, is sometimes devoid of technology. In this action research project, the authors integrated an iPad into a play-based preschool classroom to support emergent literacy and playful storytelling. The students used multimodal and multi-actor storytelling to collaborate, navigate their places in the classroom, and connect their school experiences to their home lives.

The Dewey School as triumph, tragedy, and misunderstood: Exploring the myths and historiography of the University of Chicago Laboratory School

2016 Research has shown that mentor teachers play varied roles. Using a conceptual framework grounded in these roles, the researchers explored what seven student teachers said during multiple interviews about the roles they wanted for their mentor teachers. Findings showed that while some participants preferred emotional support and others wanted instructional support, none wanted socialization. The researchers identified a new category–mentor as gatekeeper–to capture the preferences of one participant and concerns of others. This category reflected a focus on the credentialing aspect of student teaching as something that students must complete before licensure. Implications for teacher education included additional support for mentor teacher–preservice teacher pairs such as conversations about desired, expected, possible, and emerging roles during the mentoring process.

A Century of John and Evelyn Dewey's Schools of To-morrow : Rousseau, Recorded Knowledge, and Race in the Philosopher's Most Problematic Text

Educational Studies: A Journal of the American Education Studies Association

2015 A century ago, John Dewey and his daughter Evelyn published Schools of To-morrow to nearly universal acclaim. However, over the course of the 20th century, critics of Dewey have drawn upon Schools of To-morrow to accuse him of being an uncritical disciple of French philosopher, Jean Rousseau, of being opposed to the transmission of content to students, and most recently of endorsing a curriculum that patronized Black students. As a result, the text has become John Dewey's most controversial and problematic. In this historical study, we seek to place Schools of To-morrow in its historical, intellectual, and social context. The first part of the study traces the writing and publication of the text, as well as its changing reception over the past century. The second part of the study directly responds to the three criticisms previously cited: that Dewey was a disciple of Rousseau, that Dewey was opposed to the transmission of content knowledge, and that Dewey endorsed the racially segregated school system of Indianapolis depicted in the text. Drawing upon Dewey's other writings, his course syllabi, his personal correspondence, and lecture notes, we argue that the first two accusations are unfounded, but the third is partially accurate, although incomplete. We conclude that Schools of To-morrow is an undervalued text in the Dewey cannon that warrants closer study.