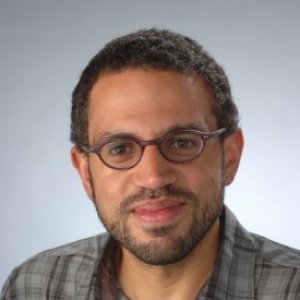 
Vincent Lloyd, PhD, researches issues and trends related to religion in politics and race, and how these areas affect social change. 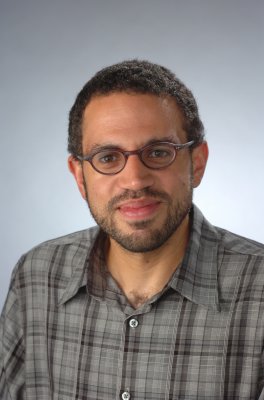 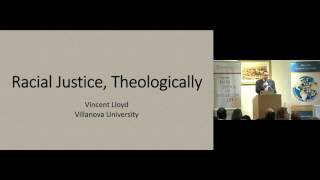 The Role of Religion in Racial Justice Organizing

Religion in Politics and Race

Religious Ideas of Crime and Punishment

Dr. Lloyd is an authoritative voice on current issues and trends related to religion in politics as well as religion and race. He can comment on how religion influences these two areas to affect social change. Lloyd’s research focuses on religion and mass incarceration from various perspectives including religious thought regarding crime and punishment and religious movements in prisons.

Should prisons be abolished?

There are few things more corrosive to the moral life than what might be called 'false necessities': the idea that things just have to be a certain way, that there are no real alternatives. Such assumptions often represent an impoverishment of historical memory, not to mention of moral imagination. And they can permit forms of injustice to become entrenched as mere givens in our common life. Guests: Vincent Lloyd is Associate Professor of Theology and Religious Studies at Villanova University. He is co-author of a book forthcoming with Oxford University Press, entitled "Break Every Yoke: Religion, Power, and the End of Mass Incarceration."

The end of punishment: Restorative justice, prison abolition and the Christian refusal of state violence

In 1978, a Vietnam veteran named Harry Palmer was struggling to support his family. Decorated in battle, he was now in Elkhart, Indiana, struggling to pay his bills. He decided to steal. Palmer wanted to provide his children with the sorts of possessions he saw his neighbors’ children enjoying. He was caught. … Vincent Lloyd is Associate Professor of Theology and Religious Studies at Villanova University.

Can a candidate's charisma influence voters in the midterms?

As we enter the final days of this election cycle, how does charisma factor into how people vote? Villanova University associate professor Vincent Lloyd, who teaches theology and religion, said there are two sides to a magnetic personality: democratic and authoritarian. "Both Martin Luther King and Adolph Hitler have this power of charisma," he said. "So it's important to figure out, is there a good kind of charisma, is there a bad kind?"

Dr. Martin Luther King’s first visits to Southern California included Missionary Baptist Church and Caltech in Pasadena. Some 60 years later our nation appears to be just as divided and Dr. Vincent Lloyd argued in his book Black Natural Law “that from Frederick Douglass to Anna Julia Cooper to Dr. King, religious ideas about God’s law…offered a powerful tool to challenge the ideology of white supremacy.” … The select group assembled includes Dr. Vincent Lloyd, Associate Professor of Theology and Religious Studies at Villanova University whose recent work explores the shifting understandings of justice and law (in politics, religious communities, and inside prisons) that authorized the United States’ exponential prison growth.

A question of religion and Black radicalism

A question of religion and Black radicalism. Dr. Vincent Lloyd is a professor of Theology and Religious Studies at Villanova University. Dr. Lloyd wrote a recent article for Black Agenda Report, in which he maintained that Black American religion is rooted in radicalism, exemplified by leaders such as Malcolm X and Dr. Martin Luther King. Dr. Lloyd said that what he calls “secularism” means being caught up in “the world as it is,” and not as it should be.

Secularism, says Vincent Lloyd, "wants to give the police better training, to give soldiers humanitarian missions -- not abolish the police and the military.” Ministers in Charlottesville preached and marched. They proclaimed that God stands in opposition to white supremacy, and they put their bodies on the line against white supremacy. Hundreds of Christian ethicists signed a statement proclaiming that the alt right is a Christian heresy. The University of Virginia’s Religious Studies Department condemned “the intimidation, terror, and violence that convulsed and profaned our city and university.” In short, middle class, multiracial religious communities did not hesitate to take a stand against American fascists. It is certainly noble to take a stand, and in pragmatic terms religious leadership can provide a useful bulwark against racist terror. But there is another, deeper sort of religiosity found in the black radical tradition of Frederick Douglass, Anna Julia Cooper, Malcolm X, and Albert Cleage.

In this episode, Matt and Dean talk with Vincent Lloyd [there are a ton of very good articles at that hyperlink by the way], Associate Professor of Theology and Religious Studies at Villanova University, about the Black Panthers, Huey P. Newton, prisons, and more. We looked at two of Vincent’s articles in particular: “Theology and Real Politics: On Huey P. Newton” and “Mass Incarceration Is Religion (and So Is Abolition): A Provocation.”

“The theological imagination gives us the opportunity to reframe the conversation in the service of justice,” said Dr. Vincent Lloyd, who teaches theology at Villanova University. Malcolm X espoused the religion of the “field Negro,” and “called out his contemporaries, including Dr. King, when they were too invested in the powers that be.”

Letter to a Campus Activist

Feb. 2017 You appear confident, but are unsure. You appear angry, but are afraid. You appear righteous, but are morally adrift. You are a college student, and showing confidence, anger, and righteousness is part of coming of age. This is not a period of exploration, as the authorities in your life euphemistically say. It is a time of rebellion. At its best, rebellion is liberating; at its worst, it crushes the soul.

Why We Need a Public Black Theology for the 21st Century

Kingdon Fellowship, Institute for Research in the Humanities

In Defense of Charisma

2018 In Defense of Charisma develops an account of moral charisma that weaves insights from politics, ethics, and religion together with reflections on contemporary culture. Vincent W. Lloyd distinguishes between authoritarian charisma, which furthers the interests of the powerful, naturalizing racism, patriarchy, and elitism, and democratic charisma, which prompts observers to ask new questions and discover new possibilities. At its best, charisma can challenge the way we see ourselves and our world, priming us to struggle for justice. Exploring the biblical Moses alongside Charlton Heston’s performance in The Ten Commandments, the image of Martin Luther King Jr., together with tweets from the Black Lives Matter movement, and the novels of Harper Lee and Sherman Alexie juxtaposed with the writings of Emmanuel Levinas, In Defense of Charisma challenges readers to turn away from the blinding charisma of celebrities toward the humbler moral charisma of the neighbor, colleague, or relative.

How Religious Is #BlackLivesMatter?

Humanism on Race, Gender, and Class

For What Are Whites to Hope?

2016 Special issue, 17:2 on The Secularization of Hope, edited by David Newheiser.