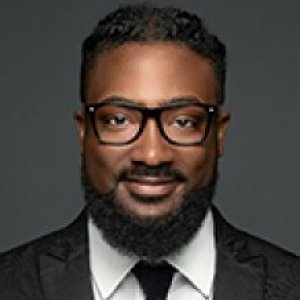 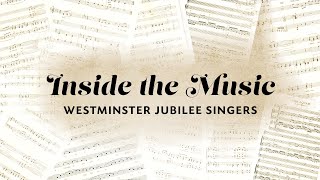 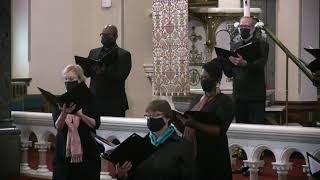 VINROY D. BROWN JR. holds credits in conducting, sacred music and music education. He is a member of the sacred music faculty at Westminster Choir College, where he conducts the Westminster Jubilee Singers and teaches African American Choral Literature. In addition to his responsibilities at Westminster, he was recently appointed Lecturer of Music in the College of Communication & Fine Arts at Loyola Marymount University where he developed a music and social justice course. A church musician, he is director of music & worship arts at Elmwood United Presbyterian Church. Maintaining an active conducting schedule, he is founder and artistic director of Elmwood Concert Singers and is artistic director and conductor of Capital Singers of Trenton.

A noted baritone, Brown has sung on concert and opera stages across the country. Among his most notable engagements were the filming two PBS specials with the Vienna Chamber Orchestra and New York Philharmonic. He made his New York Lyric Opera Theatre debut at Carnegie Hall performing scenes from Massenet’s Manon and Mascagni’s Cavalleria Rusticana. The world premiere of David Lang’s The Mile-Long Opera: a biography of 7 o’clock marked his debut with the Mile-Long Opera Company and he workshopped OMAR by Rhiannon Giddens with Spoleto Festival USA, and will serve as Chorus Master and Assistant Conductor for the 2022 premiere performances.

Professor Brown holds membership in the National Association for Music Education, National Alliance of Black School Educators, American Choral Directors Association, International Society for Black Musicians, National Collegiate Choral Organization and the National Association of Negro Musicians, Inc., for which he is Eastern Region Director and Chief Editor of EMERGENCE: Research & Performance Topics in Black Music, a scholarly publication which will be released in 2022. Brown is a proud member of Phi Mu Alpha Sinfonia Fraternity, Inc. He holds the Master of Arts in Practical Theology degree from Regent University, and Bachelor of Music degrees in Sacred Music and Music Education from Westminster Choir College.