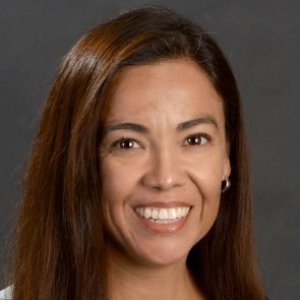 VIRGINIA HERNANDEZ has been a member of the adjunct faculty in field education since 2013. She teaches practicum courses both on the ground and through the Virtual Academic Center, serves as a field liaison and has supported students as an external field instructor.

A psychology and sociology graduate of Mount Saint Mary’s College in 1991, she earned her master's degree in social work from the University of California, Los Angeles, in 1993. She was licensed as a clinical social worker by the California Board of Behavioral Science Examiners in 1998. She also holds Pupil Personnel Services and Child Welfare and Attendance credentials.

From 1999 to 2013, she worked as a psychiatric social worker in several capacities with the Los Angeles Unified School District. As a district mental health consultant, she helped coordinate and train administrators and school staff in developing crisis and threat assessment teams, as well as responding to district-wide crises and conducting needed threat assessments. She also supported the implementation of the district’s Positive Behavior Support Discipline Policy, consulting with staff and administrators on the development of incentive programs, and overall school climate improvements.

Hernandez has supervised pre-MSW and pre-licensed social workers and has trained and supported LAUSD clinicians as they implemented cognitive behavioral interventions for trauma in schools throughout the district’s southeast area.

She also has extensive volunteer experience, including as a member of the Los Angeles Mayor’s Crisis Response Team and with the Los Angeles Police Department for over 20 years.