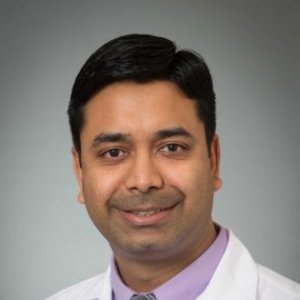 
Dr. Vishesh Agarwal is an addiction psychiatrist with a demonstrated history of working in the health care industry.

Dr. Vishesh Agarwal is an inpatient psychiatrist with board certification in general adult and addiction psychiatry. He oversees ChristianaCare's state-of-the-art behavioral health unit along with the embedded crisis units in the health system's emergency departments, and serves as a consult liaison for medical floors. He is skilled in psychiatric epidemiology, population health, and health care management as it relates to behavior health. His research on substance use disorders and behavioral addictions is frequently published in peer-reviewed medical journals. 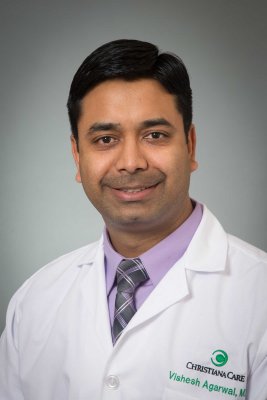 Too much smartphone time may invite host of health woes

With most people never far from their cellphones, new research on college students finds that “problematic” use is tied to a variety of mental health problems, as well as lower grades and more sexual partners.

Krokodil, the so called “flesh-eating zombie drug,” is the newest addictive drug to reportedly hit the United States. Scary photographs showing deep wounds on people’s extremities abound on the Internet. Television news programs have given us a number of interviews with emergency room physicians who have alerted the public on the dangers of this latest drug menace. How much of this is true, and how much is simply hype?

Gambling in patients with major depressive disorder is associated with an elevated risk of Suicide: Insights from 12-years of Nationwide inpatient sample data

2021 There is a frequent occurrence of gambling disorder (GD) in patients with major depressive disorder (MDD). Psychiatric comorbidities can present more severely in patients diagnosed with pathological gambling. There is limited information on symptom trends in MDD patients with GD, particularly in association with suicidality.

The Journal of Nervous and Mental Disease

2016 The diagnosis of simple schizophrenia has been challenged and criticized since it was first described by Otto Diem in 1903. The Diagnostic and Statistical Manual of Mental Disorders, Fifth Edition (DSM-5), released by the American Psychiatric Association in May 2013, classified it as a condition for further study with the name “attenuated psychosis syndrome.” This clinical condition has undergone several revisions with each edition of the DSM.

Art therapy in a patient with bipolor disorder: pictures speak more than a thousand words

2014 Art therapy is defined by the American Art Therapy Association as "a mental health profession in which clients, facilitated by the art therapist, use art media, the creative process, and the resulting artwork to explore their feelings, reconcile emotional conflicts, foster self awareness, manage behavior and addictions, develop social skills, improve reality orientation, reduce anxiety, and increase self-esteem

Fentanyl-Laced Heroin Deaths on the Rise Once Again

2014 AVENTURA, Florida ― The potentially deadly practice of lacing heroin with the synthetic opioid analgesic fentanyl appears to have made a comeback, with almost 60 individuals dying because of fentanyl overdose in Philadelphia in the first half of 2014 alone.

Selective Effect s of Individual Antipsychotic Cotreatments on Cardiometabolic and Hormonal Risk Status: Results from a Systematic Review and Meta-analysis

2013 Background: Antipsychotic cotreatment (APCT), frequent in clinical care, has been criticized for lack of supportive evidence and additive adverse effects, but improved side effects have also been described. METHODOLOGY: Metaanalysis of randomized placebo controlled trials (RPCTs) of APCT vs. placebo in schizophrenia.

2007 Background Ayurvedic medicine has been used to treat mental health problems since1000 BC. Objectives To review effects of Ayurvedic medicine or treatments for schizophrenia. Search methods We searched the Cochrane Schizophrenia Group Trials Register (March 2007) and AMED (March 2007), inspected references of all identified studies and contacted the first author of each included study.