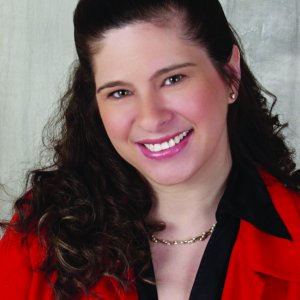 In the last several years as the Public Relations Director for an attorney who has specialized in mortgage modification, Ms. Gaspar has helped over 350 families better afford to stay in their homes and in some cases escape foreclosure all together.

Since Ms. Gaspar had also been a recruiter, mortgage originator, as well as real estate agent and prior business owner, (as an owner of her prior business she had been feature interviewed on television, newspaper and radio) she has advised her modification clients in a variety of ways to help them overcome their various hardships.

Vivian Gaspar has been the founder and owner/operator of several businesses over the last 25 years. She has also been a public speaker on topics ranging from ID Theft to Mortgage Facts for Everyone" in the past with her current focus being "Mortgage Modification and the Foreclosure Process."

A part of her responsibilities as Mr. Castiglia's Public Relations Director was to give speeches at civic organizations such as the Lions Club and Rotary Club locations in New Jersey as well as for several areas of the New Jersey Department of Labor.

Ms. Gaspar wanted to bring the knowledge of seasoned professionals on specific topics to the general public. These topics had first been created and outlined by Ms. Gaspar which included the expertise of 28 professionals in 39 chapters, therefore she released her book, "How to Survive Your Financial Crisis", in March of 2011 with sales and marketing through the website: www.howtosurviveyourfinancialcrisis.com.