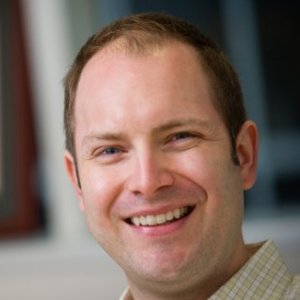 
Wade Fisher is an expert in the field of high energy physics, or particle physics. 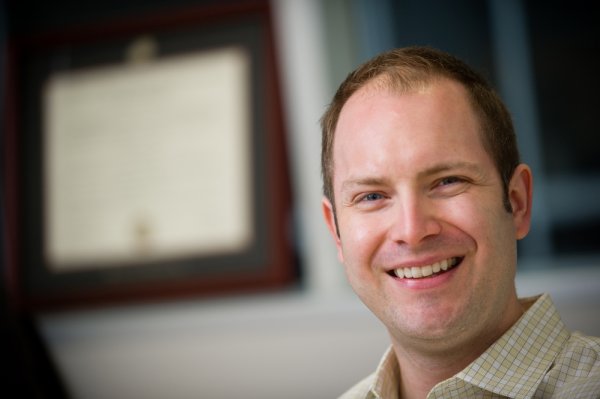 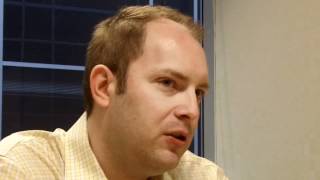 Wade Fisher's research is in the field of high energy physics, which is the study of the most basic building blocks of the universe and the fundamental forces through which they interact. This field is also commonly known as elementary particle physics. Scientists working in this field explore the most fundamental questions about the nature of our universe. He performs his research at the highest energy particle accelerators in the world along with colleagues from both MSU and around the world. In particular, his work focuses on understanding the physical mechanisms that explain why matter has mass. While mass and its interaction with gravity is the most clear indication that forces exist, the mystery of why particles have mass at all and why observed particle masses span such a great range remains a major focus in high energy physics. He also has interests in extentions to our current theoretical models that predict new, heavy gauge bosons (eg, W-/Z-prime models).

Search for direct production of charginos, neutralinos and sleptons in final states with two leptons and missing transverse momentum in pp collisions at s√ = 8TeV with the ATLAS detector

2014 Searches for the electroweak production of charginos, neutralinos and sleptons in final states characterized by the presence of two leptons (electrons and muons) and missing transverse momentum are performed using 20.3 fb−1 of proton-proton collision data at s√ = 8 TeV recorded with the ATLAS experiment at the Large Hadron Collider. No significant excess beyond Standard Model expectations is observed. Limits are set on the masses of the lightest chargino, next-to-lightest neutralino and sleptons for different lightest-neutralino mass hypotheses in simplified models. Results are also interpreted in various scenarios of the phenomenological Minimal Supersymmetric Standard Model.

Performance of the ATLAS Trigger System in 2010

2012 We combine the results of searches for the standard model Higgs boson based on the full CDF Run II data set obtained from sqrt(s) = 1.96 TeV p-pbar collisions at the Fermilab Tevatron corresponding to an integrated luminosity of 9.45/fb. The searches are conducted for Higgs bosons that are produced in association with a W or Z boson, have masses in the range 90-150 GeV/c^2, and decay into bb pairs. An excess of data is present that is inconsistent with the background prediction at the level of 2.5 standard deviations (the most significant local excess is 2.7 standard deviations).

2012 We study WW and WZ production with ℓνqq (ℓ=e,μ) final states using data collected by the D0 detector at the Fermilab Tevatron Collider corresponding to 4.3  fb(-1) of integrated luminosity from pp collisions at sqrt[s]=1.96  TeV. Assuming the ratio between the production cross sections σ(WW) and σ(WZ) as predicted by the standard model, we measure the total WV (V=W,Z) cross section to be σ(WV)=19.6(-3.0)(+3.2)  pb and reject the background-only hypothesis at a level of 7.9 standard deviations. We also use b-jet discrimination to separate the WZ component from the dominant WW component. Simultaneously fitting WW and WZ contributions, we measure σ(WW)=15.9(-3.2)(+3.7)  pb and σ(WZ)=3.3(-3.3)(+4.1)  pb, which is consistent with the standard model predictions.

Search for the Standard Model Higgs Boson at LEP

2003 The four LEP Collaborations, ALEPH, DELPHI, L3 and OPAL, have collected a total of 2461 pb−1 of e+e− collision data at centre-of-mass energies between 189 and 209 GeV. The data are used to search for the Standard Model Higgs boson. The search results of the four Collaborations are combined and examined in a likelihood test for their consistency with two hypotheses: the background hypothesis and the signal plus background hypothesis. The corresponding confidences have been computed as functions of the hypothetical Higgs boson mass. A lower bound of 114.4 GeV/c2 is established, at the 95% confidence level, on the mass of the Standard Model Higgs boson. The LEP data are also used to set upper bounds on the HZZ coupling for various assumptions concerning the decay of the Higgs boson.