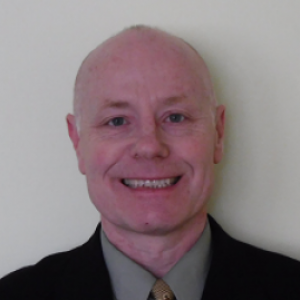 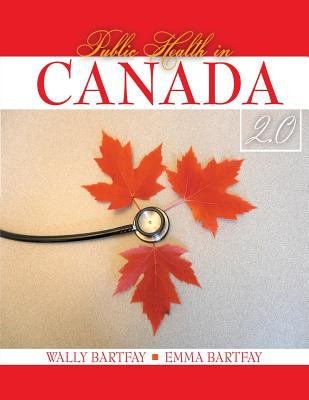 The only constant in public health is change. From contaminants in the food and water supply to climate change and environmental disasters, staunch public health advocate Wally Bartfay, PhD, Associate Professor in the Faculty of Health Sciences, has spent his career combating population and public health issues that threaten the population.

His latest research has shifted to the public health implications of mobile technology, specifically among millennials – the tech-savvy and perpetually connected cohort. Preliminary evidence suggests handheld devices negatively impact physical health by contributing to dry eye disease, various pain measures, sleep disturbances, lower quality of life, and social health issues. Dr. Bartfay aims to gain a better understanding of the short- and long-term health consequences of these devices and determine the best way to mitigate them. Results of his community needs assessment are guiding the development of interventions to alleviate these health issues.

During his tenure at UOIT, Dr. Bartfay has received numerous awards and accolades from his peers and his students, many of whom have gone on to make a real difference in society. He has co-authored three books in the fields of community health nursing and public health in Canada, which have been adopted by other universities. Over the past three decades, Dr. Bartfay has held numerous teaching roles including Associate Professor and Director of Research, Nursing at the University of Windsor, in Windsor, Assistant Professor in the Faculty of Science, School of Nursing at Queen’s University in Kingston, and Lecturer and Clinical Instructor at the University of Western Ontario, in London, Ontario.

A life-changing experience during his youth inspired him to pursue nursing. Dr. Bartfay earned his Diploma in Nursing Sciences from Dawson College in 1985, and a Bachelor of Arts with a Major in Health Sociology and a Minor in Anthropology from McGill University in 1988, both in Montreal. He practiced nursing at hospitals in Quebec and Ontario before moving to Manitoba, and completing his Bachelor of Science in Nursing with Academic Distinction from Brandon University in 1990, and his Master of Nursing with a Specialization in Community Health Nursing and Health Promotion in 1993. He received his Doctorate in Philosophy from the University of Toronto in 1999.

Recognized for providing emergency medical assistance to a passenger on Flight TS 690.

Male Teacher of the Year Award, University of Windsor (professional)

Awarded for innovation and excellence in teaching.

This award is based on university-wide nominations from both students, faculty and administration.

Awarded for innovation and excellence in teaching.

Researchers from two faculties at the University of Ontario Institute of Technology (UOIT) are collaborating on a project examining the correlation between job prospects and quality of life in Oshawa, Ontario.

Smartphones in the Bedrooms of University Students Results in Alterations to the Quantity and Quality of Sleep: Implications for Public Health

A Comparison of Cognitive Function at Dementia Diagnoses Among Facility Residents With or Without Pre-existing Condition in Ontario, Canada

Dr. Bartfay is a co-investigator of this two-year research project which aims to examine the role of free radicals in the pathogenesis of iron overload cardiomyopathies.

Despite the impending shortage of nurses in Canada and globally, the recruitment and retention of males to the profession has been a challenge in the new millennium due to a variety of social barriers and negative stereotypes propagated by the mass and social media, and in part by schools of nursing themselves. This work examines the lived experiences of male nursing students in Ontario, Canada and their perceptions of reported educational and practice barriers, and social stereotypes.

This work aims to assess how comorbid mood disorders were associated with health service utilization of individuals with Alzheimer’s disease or other dementias in a Canadian household population.

Are You Man Enough to be a Nurse? The Impact of Ambivalent Sexism and Role Congruity on Perceptions of Men and Women in Nursing Advertisements Sex Roles

Framed by role congruity and ambivalent sexism, the current study is designed to investigate perceptions of male and female nurses. Specifically, 167 Canadian undergraduates from Southern Ontario viewed a potential nursing recruitment advertisement (female nurse, male nurse, or masculinity emphasized male nurse), reported their perceptions of the nurse in the advertisement, and rated the appropriateness of nursing as a career for men and women.

Attitudes and Stereotypes of Male and Female Nurses: The Influence of Social Roles and Ambivalent Sexism Canadian Journal of Behavioural Science

Social role theory proposed that the gendered division of labor leads to the development of gender stereotypes that are consistent with the social roles that men and women frequently occupy. According to ambivalent sexism, gender prejudices stem in part from an unequal distribution of power and status. These theories appear particularly relevant to nursing because (a) the majority of nurses in Canada are women, (b) many male nurses report stigmatizing experiences and gender-based occupational barriers, yet (c) men are overrepresented in the higher paying or more "masculine" aspects of the job. Nursing and non-nursing students (N = 145) from a small Canadian university reported their attitudes and stereotypes of male and female nurses.

The Effects of Adult Day Programs on the Quality of Life of Individuals with Alzheimer’s Disease: A Pilot Study IBIMA Publishing, JMED Research

Little research has been conducted on examining the relationship between caring interventions such as adult day programs (ADPs) and the quality of life (QOL) of individuals with Alzheimer’s disease. Our study objective was to investigate the merits of attending ADPs on the QOL of these individuals.

Approximately half of the Canadian adults have sedentary lifestyles that increase their risk of developing cardiovascular disease (CVD). Women are 10 times more likely to die from CVD than from any other disease. Their risk almost doubles with the onset of menopause, which may result in increased body iron burden and oxidative stress in sedentary women. Body iron burden may catalyze the production of cytotoxic oxygen species in vivo.

This study aims to determine the prevalence of potentially undetected dementia among institutional care facility residents in Ontario, Canada, and to identify factors associated with undetection.

To compare the levels of cognitive function at the time of diagnosis among institutional care facility residents with dementia, who were diagnosed either before or after admission to a facility in Ontario, Canada.

A phenomenological investigation was undertaken to examine the effects of the 2008-09 global economic recession on the health of unemployed blue-collar autoworkers in the Canadian province of Ontario between September and November 2009.