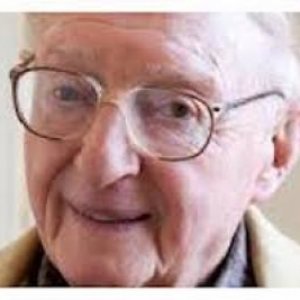 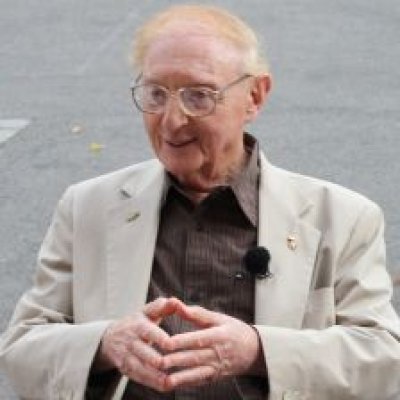 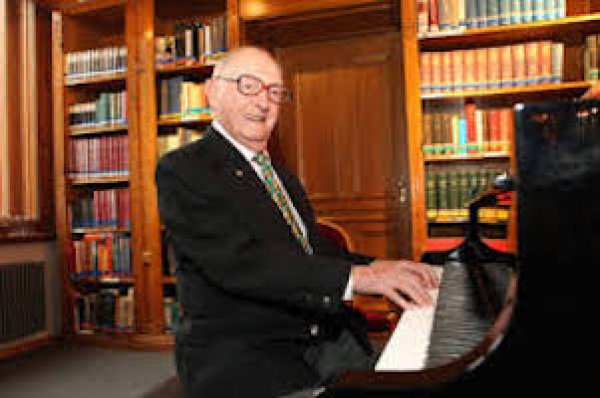 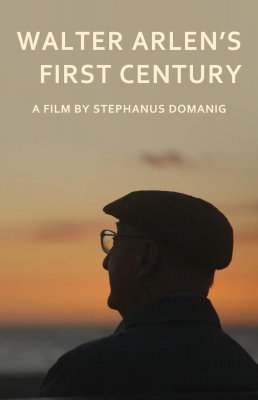 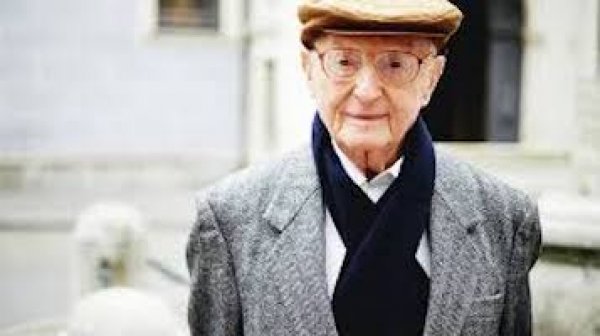 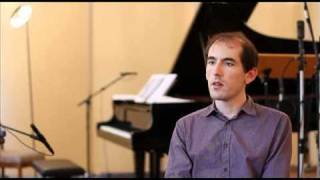 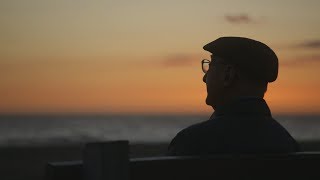 Walter Arlen (Walter Aptowitzer, Vienna, July 31, 1920) is an American composer and music critic for the Los Angeles Times. He is a Professor Emeritus of Music at Loyola Marymount University.

Music and the Holocaust  online

Composer and music critic Walter Arlen found fame later in life when his compositions were first performed in public in 2008. Arlen, who escaped from Nazi persecution in Austria in 1939, has commented that his music has ‘[his] memories in it.’ He has been described by musicologist Michael Haas as the ‘quintessential exile composer,’ because his music was written as a cathartic way of coming to terms with the sadness and loss that he experienced during his life. Born Walter Aptowitzer to a middle-class Jewish family in Vienna, Arlen showed musical talent from a young age and was sent for piano lessons with the Schubert scholar Otto Erich Deutsch. Arlen dreamed of studying at music college, but his plans were cut short when the Nazis annexed Austria in March 1938. The Arlen family’s department store, Dichter’s, was ‘Aryanised’ and taken from the family, and Arlen’s father was arrested and taken to Buchenwald concentration camp. Fortunately the family was able to acquire the necessary visas and permits. Walter was initially sent alone to relatives in Chicago in 1939, carrying a suitcase with his scores inside. His father’s release from Buchenwald was negotiated shortly thereafter, and the rest of the Arlen family escaped to London...

I'm sitting at a cafe in a suburb of Vienna with an elderly American called Walter Arlen - except his name isn't really Arlen but Aptowitzer, and he was born not in the USA but in a Viennese suburb much like this where his parents owned and ran a department store. Until it was taken away from them in 1938. It's a common enough story: the Aptowitzers were Jewish, in the wrong place at the wrong time. But what makes it of interest to musicians is that Walter Arlen, ne Aptowitzer was/is an intriguing footnote to the history of that generation of composers stifled, scattered or otherwise frustrated by the Third Reich. Although he has only been a composer on a small scale, with a modest output of work that hardly anyone knew about until recently, he is nonetheless one of the few surviving members of that lost generation. And at the age of 92 he has just witnessed the first ever CD release of his music: a collection of songs brought together under the title 'Es geht wohl anders' (in English, Things turn out differently) by the record producer, musicologist and one-time driving force behind Decca's celebrated Entartete Musik series, Michael Haas...

Like a time capsule, unopened for nearly three quarters of a century, the music of Walter Arlen lay hidden until 2008. Full of emotional issues from a period most of us know only from history, it inevitably leads us to ask: What is the ‘cut-off’ point, at which one can confidently say that Hitler's direct influence has dissipated from our emotional, cultural and musical lives? How many generations are necessary to bridge the dual states of “refugee” to “all-American” with no emotional ties to a distant country with a language no longer spoken at home. Refugees arriving with young families were astonished to see how quickly their children assimilated. Lawrence Weschler, grandson of the composer Ernst Toch, and the son of Viennese parents, has written of his incomprehension of a grandfather who was neither interested in, nor enthusiastic about baseball. Indeed, for many refugees, it was often their Americanized children and grandchildren who kept them from returning to their former homelands. On the other hand, Walter Arlen, who was born more or less around the time of Weschler's parents, became an intriguing mixture of two cultures. Born in 1920, he was 18 when he left Austria for America in March of 1939. His dreams of studying music had been dashed, and he was fortunate to have escaped. Miraculously, his father had been released from Buchenwald days before a visa expired, and could leave for England with Walter's mother and sister, where they arrived as penniless refugees. From Otto Erich Deutsch's pronouncement that the five-year-old Walter had absolute pitch, to spending his teen-age years larking about with best friend Paul Hamburger, who would become the accompanist and teacher of a generation of British singers such as Dame Janet Baker, the young Arlen found himself working for a furrier in Chicago in 1939. To the wrecked plans of studying composition, there followed the humiliation of the family's businesses and homes being appropriated by the Nazis, the suicides of his mother and other close relatives, the concentration camp deaths of friends and family and the separation throughout the war years from his immediate family, who remained at the mercy of London's bombing raids...

WALTER ARLEN'S FIRST CENTURY, a documentary by Vienna-based filmmaker Stephanus Domanig, paints an affectionate and multifaceted picture of a musician exiled in 1938, who only got to see his works performed late in life. The film accompanies Walter Arlen for a part of his journey. With ease it paints the portrait of a remarkable man, a man who went through years of darkness but never lost sight of the "blue light of the last streetcar". We are extremely honored to present the New York City premiere of WALTER ARLEN'S FIRST CENTURY...

A CELEBRATION OF WALTER ARLEN’S LIFE AND MUSIC

I am a Jew, I always gravitated towards Judaism, it’s at the center of my sense of being,” said Walter Arlen, an Austrian-born composer, whose life and work will be celebrated at EPOS, the International Art Film Festival, which has partnered this year with the Felicja Blumental International Music Festival, and which will take place from March 27 to 30 at the Tel Aviv Museum of Art. Arlen, who is 99 years old, had hoped to travel to Israel for the festival, but was not feeling up to it. However, he spoke in a wide-ranging phone interview from his home in Los Angeles. The Ra’anana Symphonette Orchestra, along with a choir and singers, will perform “Song of Songs,” a work Arlen composed at 93, in a concert on March 29. On March 28, Stephanus Domanig’s very engaging documentary about Arlen, Walter Arlen’s First Century, will be shown at EPOS in the presence of the director.

Composer Walter Arlen on how Kristallnacht changed his life

Please use the sharing tools found via the share button at the top or side of articles. Copying articles to share with others is a breach of FT.com T&Cs and Copyright Policy. Email licensing@ft.com to buy additional rights. Subscribers may share up to 10 or 20 articles per month using the gift article service. More information can be found at https://www.ft.com/tour. https://www.ft.com/content/9e0c63e0-42f8-11e3-9d3c-00144feabdc0 The date was November 9 1938. It was a bitterly cold night in Vienna but Walter Arlen, aged 18, was feeling restless. His mother had told him that “they” had been around looking for him again – and, for no other reason, he left the house and started walking. It was around 8pm, the streets were deserted, and he walked for two hours up into the hills, where there was a vantage point over the city. To his amazement he saw red glowing lights in the sky. At first he had no idea what was happening, but gradually the truth dawned: these were fires, and the synagogues of Vienna were burning...

Walter Arlen, who for three decades was a music critic for the Los Angeles Times – and as such knew virtually every composer working in Hollywood at the time – has returned to his composing roots. His "Song of Songs," a 45-minute work for chorus and orchestra based on Biblical texts, will have its European premiere Oct. 5 at the Vienna Konzerthaus...