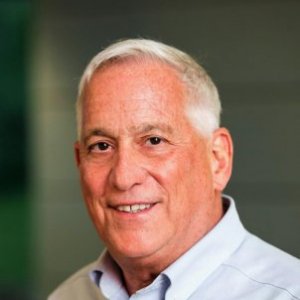 
Walter Isaacson is the chair emeritus of Teach for America and has been the chairman and CEO of CNN and the editor of TIME magazine. 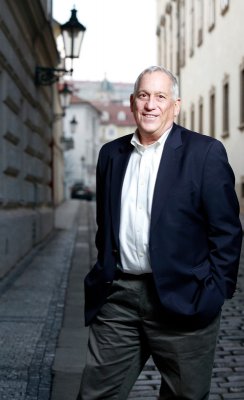 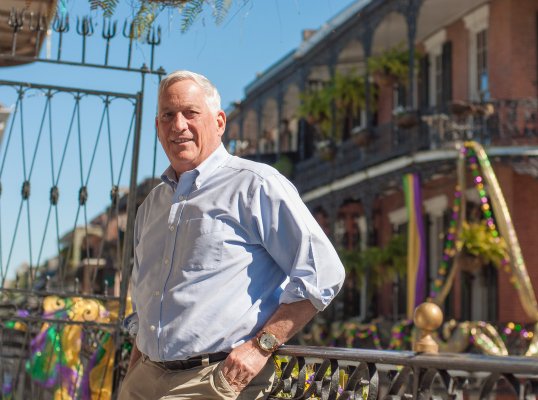 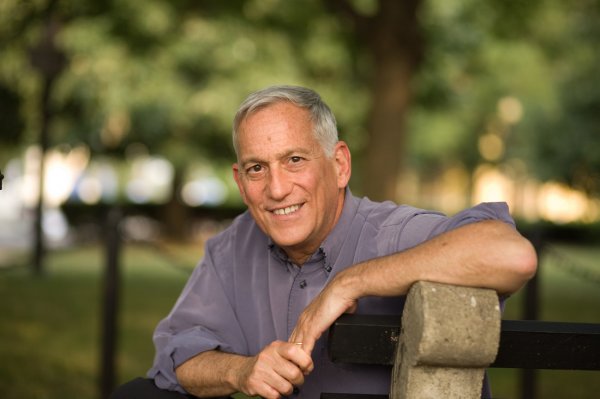 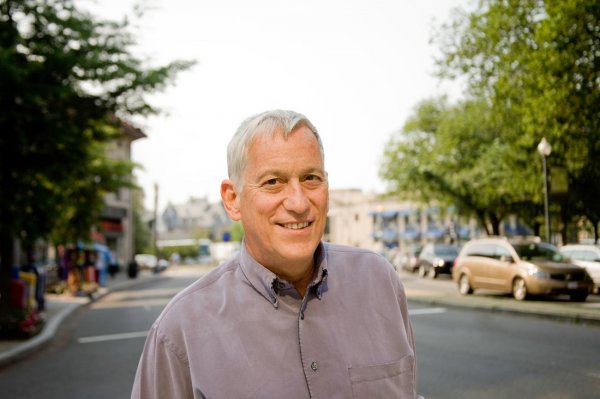 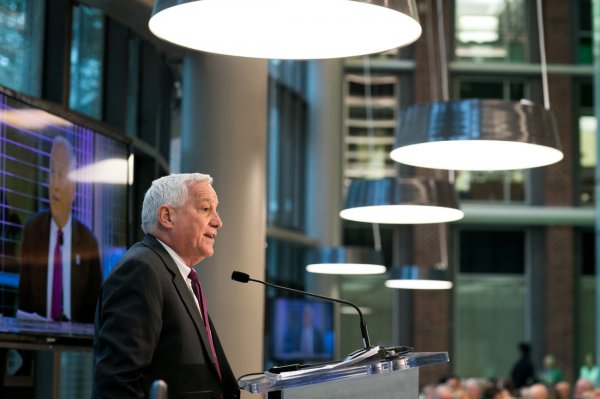 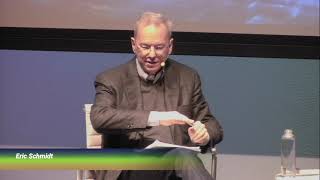 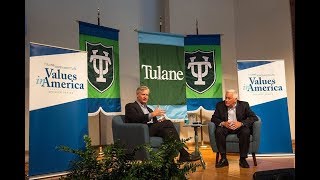 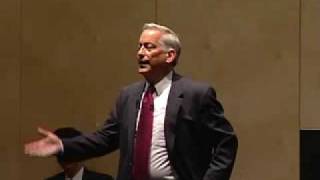 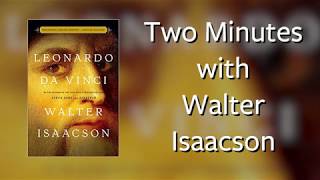 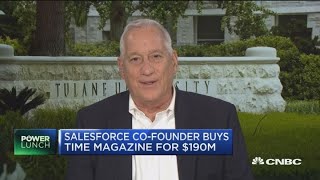 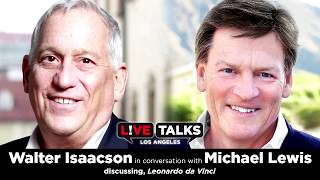 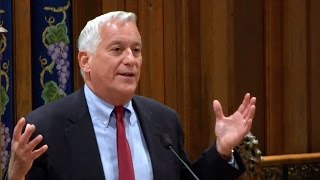 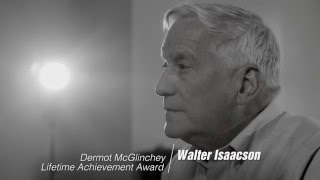 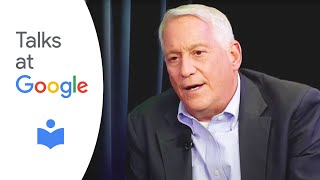 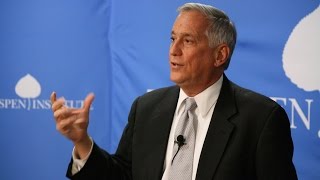 Walter Isaacson is a Professor of History at Tulane and an advisory partner at Perella Weinberg, a financial services firm based in New York City. He is the past CEO of the Aspen Institute, where he is now a Distinguished Fellow, and has been the chairman of CNN and the editor of TIME magazine.

Isaacson’s most recent biography, "Leonardo da Vinci" (2017), offers new discoveries about Leonardo’s life and work, weaving a narrative that connects his art to his science. He is also the author of "The Innovators: How a Group of Hackers, Geniuses, and Geeks Created the Digital Revolution" (2014), "Steve Jobs" (2011), "Einstein: His Life and Universe" (2007), "Benjamin Franklin: An American Life" (2003) and "Kissinger: A Biography" (1992), and coauthor of "The Wise Men: Six Friends and the World They Made" (1986).

Isaacson is a host of the show “Amanpour and Company” on PBS and CNN, a contributor to CNBC and host of the podcast “Trailblazers, from Dell Technologies.”

Isaacson was born on May 20, 1952, in New Orleans. He is a graduate of Harvard College and of Pembroke College of Oxford University, where he was a Rhodes Scholar. He began his career at The Sunday Times of London and then the New Orleans Times-Picayune. He joined TIME in 1978 and served as a political correspondent, national editor and editor of digital media before becoming the magazine’s 14th editor in 1996. He became chairman and CEO of CNN in 2001, and then president and CEO of the Aspen Institute in 2003.

Isaacson is chair emeritus of Teach for America. From 2005-2007 he was the vice-chair of the Louisiana Recovery Authority, which oversaw the rebuilding after Hurricane Katrina. He was appointed by President Barack Obama and confirmed by the Senate to serve as the chairman of the Broadcasting Board of Governors, which runs Voice of America, Radio Free Europe and other international broadcasts of the United States, a position he held from 2009 to 2012.

Isaacson is a member of the American Academy of Arts and Sciences, the Royal Society of the Arts and the American Philosophical Society. He serves on the board of United Airlines, the New Orleans City Planning Commission, the New Orleans Tricentennial Commission, Bloomberg Philanthropies, the Rockefeller Foundation, the Society of American Historians, the U.S. Defense Department Innovation Board, the Carnegie Institution for Science and My Brother’s Keeper Alliance.

Walter Isaacson sits down with Ben Jaffe, to discuss a new documentary “A Tuba to Cuba,” exploring the legacy of his family, known as saviours of New Orleans jazz, and why he believes diversity is at the core of the genre...

The people who hate flipping are corrupt CEOs, leaders of gangs and mafia, says former assistant US attorney

Walter Isaacson, Tulane University professor and CNBC contributor, and Elie Honig, former assistant U.S. attorney for the Southern District of New York, join the 'Squawk Box' team to discuss President Trump's comments on his personal lawyer 'flipping' and what they're expecting from the Mueller investigation...

Walter Isaacson's new book on the life of Leonardo da Vinci continues the tradition of his previous biographies of Apple founder , Steve Jobs and scientist , Albert Einstein. For Walter Isaacson, Leonardo is the 'ultimate example of how the ability to make connections across disciplines—arts and sciences, humanities and technology—is a key to innovation, imagination, and genius'...

Currently a professor of history at Tulane University, and a past CEO of the Aspen Institute, chairman of CNN and editor of Time magazine, Walter Isaacson has spent much of the past two decades writing big biographies of big men. His books to date include Einstein: His Life and Universe; Benjamin Franklin: An American Life and Kissinger: A Biography. His 2011 biography of Steve Jobs, published days after the Apple co-founder and CEO’s death, became an international bestseller. His latest, titled simply Leonardo da Vinci, is his biggest yet both in terms of its subject and sheer mass: weighing over three-and-a-half pounds, it features colour plates printed on sumptuous glossy stock throughout. Using as its starting point the 7,200 pages of surviving notebooks written in Leonardo’s famous mirror script—Isaacson calls them “the greatest record of curiosity ever created”—the biography moves chronologically from Leonardo’s illegitimate birth in the small Tuscan town of Vinci to his artistic triumphs in Milan and Florence, where for a time he worked under the patronage of the ruthless tyrant Cesare Borgia and also found himself in frequent competition with the moody and ill-tempered Michelangelo.

Walter Isaacson: What We Can Learn About Innovation From Leonardo da Vinci

I spoke to Walter Isaacson, author of Leonardo da Vinci and the president and CEO of the Aspen Institute, about why he decided to write his new book, what we can all learn from da Vinci about improving our own skills, some new discoveries he had through researching for the book, why passion leads to creativity and his best career advice. Isaacson is also the author of The Innovators; Steve Jobs; Einstein: His Life and Universe; Benjamin Franklin: An American Life; and Kissinger: A Biography, and the coauthor of The Wise Men: Six Friends and the World They Made. Currently he's a University Professor of History at Tulane and the chair emeritus of Teach for America, which recruits recent college graduates to teach in underserved communities. He has been the chairman and CEO of CNN and the editor of TIME magazine. ..

In this new position, Mr. Isaacson expands his role with the Firm. He will focus on client development and providing strategic advice on matters, including technology, innovation and the new economy. Mr. Isaacson will continue to serve on Perella Weinberg Partners’ Advisory Board. Robert K. Steel, Chief Executive Officer of Perella Weinberg Partners, said, “For nearly 40 years, Walter has been at the cross section of business and politics, conversing with leading thinkers on a myriad of important issues. We are excited to bring his vast experience and knowledge to bear for the benefit of our clients and the firm at large. While Walter has been an Advisory Board member since 2015, PWP has enjoyed a relationship with him since our founding. We are pleased to be expanding our relationship and look forward to working together in this new capacity.” Mr. Isaacson stated, “PWP is a world-class organization that prizes integrity, client service and trusted advice. I look forward to increasing my role and working with the Firm’s talented Partners to help clients think creatively about their strategic alternatives...”