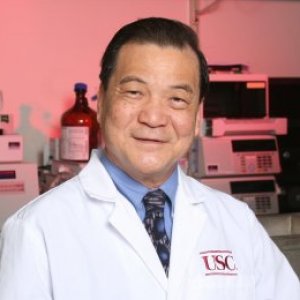 Dr. Shen published more than 140 papers in different areas of biomedical and pharmaceutical sciences, and served on the editorial boards of Pharmaceutical Research and The Journal of Drug Targeting. He is a co-inventor of 16 issued US patents in drug delivery and a co-author of the textbook Immunology for Pharmacy Students. He was elected a Fellow of AAPS in 1992 and a Fellow of AAAS in 2000, and was the Grand Prize Winner of the Eurand Award for Outstanding Novel Research in Oral Drug Delivery in 2002.

Dr. Shen obtained his B.S. degree in chemistry from Tunghai University, Taichung, Taiwan, in 1965, and Ph.D. degree in bio-organic chemistry from Boston University, Boston, in 1972. After postdoctoral training at Harvard Medical School and Brandeis University, he joined Boston University School of Medicine in 1976, initially as an Assistant Professor and ultimately as an Associate Professor, in the Departments of Pathology and Pharmacology. In 1987, he moved to Los Angeles to join the USC School of Pharmacy where he was John A. Biles Professor in Pharmaceutical Sciences in the Department of Pharmacology and Pharmaceutical Sciences. He retired in 2019 and has been granted the honor of Emeritus Professor of the USC School of Pharmacy.

2018 The present invention discloses a design for a molecular delivery vehicle capable of delivering a molecular payload to a target cell and its intracellular compartments. Also disclosed are highly pH-sensitive nanoconstruct that takes advantage of the requirement of cationic charge for internalization of CPPs to mask the non-specific internalization, compositions containing nanoconstruct, and methods for forming the same.