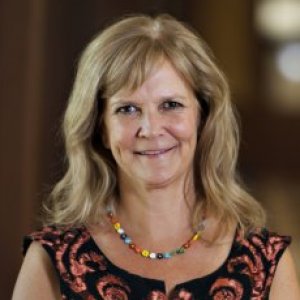 
Parker uses her expertise in Constitutional Law to inform her research on discrimination and equal protections in education and employment.

Wendy Parker is a civil rights scholar and advocate whose research has largely focused on desegregation, discrimination, and equal protection in schools and the workplace. As an expert in Constitutional Law, Parker identifies the ways in which the law has intentionally and unintentionally created inequalities for certain segments of the population. Her research analyzes and proposes reforms that promote racial, ethnic, and gender equality. Prior to teaching, Parker litigated school desegregation cases as a Skadden Arps Fellow and staff attorney for the Lawyers’ Committee for Civil Rights. She was also a trial attorney for the U.S. Department of Justice.

With spotlight on sexual harassment, employers should take heed

“It can be very gray,” says Wendy Parker, a professor of law at Wake Forest University in Winston-Salem, North Carolina. Given the current climate, “everyone’s wondering what can I do and what can’t I do,” she says, noting employers should tell employees what they do and don’t find acceptable. There’s the law, and then there’s what the company can dictate, she says.

Experts weigh in on what constitutes sexual harassment in the workplace

Wendy Parker, a former Justice Department lawyer who now teaches at Wake Forest University School of Law, said she found the general confusion about the orders "stunning." The superintendent of the Yancey County Schools in North Carolina, for instance, asserted that a court order had never been imposed on its schools. But court records at the federal archives in Atlanta show not only was Yancey County placed under a desegregation order in 1960, but the order remains in force.

Sixty years ago the Supreme Court announced, “In the field of public education, the doctrine of ‘separate but equal’ has no place.”1 In 1954, no one doubted the significance of that command, even among those who actively resisted it.

As we commemorate the fortieth anniversary of the St. Louis school desegregation litigation, a natural question is how current education reform efforts impact the status of and potential for school integration. This Article examines how the push for school choice impacts school desegregation in Missouri specifically and the United States generally. The evidence reveals that while our student population is becoming more diverse and the prevalence of all-white schools is diminishing, the pattern of high-poverty, high-minority, low-performing schools persists.

The Supreme Court has developed a robust Equal Protection jurisprudence to recognize the rights of whites complaining of race conscious governmental activity. This was particularly reflected in the Court’s opinion in Parents Involved, where the Roberts Court radically re-positioned the meaning of Brown v. Board of Education. While many have lamented this use of Brown, we have missed the promise of the Roberts Court’s “process-only discrimination” for minority plaintiffs.