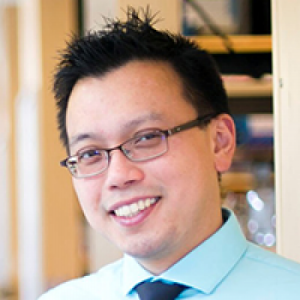 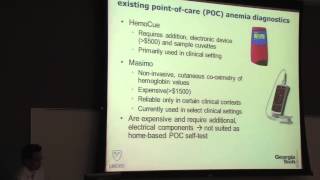 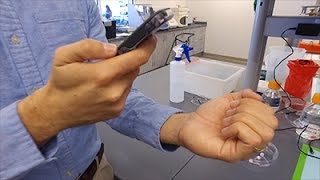 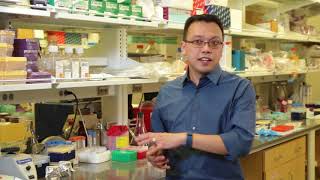 Our interdisciplinary laboratory, comprising clinicians, engineers, and biologists, is dedicated to applying and developing micro/nanotechnologies to study, diagnose, and treat blood disorders, cancer, and childhood diseases. This unique "basement to bench to bedside" approach to biomedical research is enabled by our lab’s dual locations at the Emory University School of Medicine and the Georgia Institute of Technology and our affiliations with the Children’s Healthcare of Atlanta hospitals.

Have anemia? Now there's an app for that!

"For kids especially, they're afraid of needles, as they should be," Dr. Lam says. "So, that involves a lot of stress on the kid, the parents, the healthcare providers as well."

Smartphone app could screen for anemia

“The bottom line is that we have created a way for anyone to be able to screen themselves for anemia anytime, anywhere, without the need to draw blood,” said senior study author Dr. Wilbur Lam, an associate professor of biomedical engineering and pediatrics at the Georgia Institute of Technology and Emory University.

2019 Sickle cell disease (SCD) is a genetic blood disorder that has profound effects on the brain. Chronic anemia combined with both macro- and microvascular perfusion abnormalities that arise from stenosis or occlusion of blood vessels increased blood viscosity, adherence of red blood cells to the vascular endothelium, and impaired autoregulatory mechanisms in SCD patients all culminate in susceptibility to cerebral infarction. Indeed, the risk of stroke is 250 times higher in children with SCD than in the general population. Unfortunately, while transcranial Doppler ultrasound (TCD) has been widely clinically adopted to longitudinally monitor macrovascular perfusion in these patients, routine clinical screening of microvascular perfusion abnormalities is challenging with current modalities (e.g., positron emission tomography and magnetic resonance imaging) given their high-cost, requirement for sedation in children

2019 Human mesenchymal stromal cells (hMSCs) are a promising cell source for numerous regenerative medicine and cell therapy-based applications. However, MSC-based therapies have faced challenges in translation to the clinic, in part due to the lack of sufficient technologies that accurately predict MSC potency and are viable in the context of cell manufacturing. Microfluidic platforms may provide an innovative opportunity to address these challenges by enabling multiparameter analyses of small sample sizes in a high throughput and cost-effective manner, and may provide a more predictive environment in which to analyze hMSC potency. To this end, we demonstrate the feasibility of incorporating 3D culture environments into microfluidic platforms for analysis of hMSC secretory response to inflammatory stimuli and multi-parameter testing using cost-effective and scalable approaches. We first find that the cytokine secretion profile for hMSCs cultured within synthetic poly(ethylene glycol)-based hydrogels is significantly different compared to those cultured on glass substrates, both in growth media and following stimulation with IFN-γ and TNF-α, for cells derived from two donors. For both donors, perfusion with IFN-γ and TNF-α leads to differences in secretion of interleukin 6 (IL-6), interleukin 8 (IL-8), monocyte chemoattractant protein 1 (MCP-1), macrophage colony-stimulating factor (M-CSF), and interleukin-1 receptor antagonist (IL-1ra) between hMSCs cultured in hydrogels and those cultured on glass substrates. We then demonstrate the feasibility of analyzing the response of hMSCs to a stable concentration gradient of soluble factors such as inflammatory stimuli for potential future use in potency analyses, minimizing the amount of sample required for dose-response testing.

2019 This work investigates the motion of neutrally buoyant, slightly deformable straight and curved prolate fluid-filled capsules in unbounded simple shear flow at zero Reynolds number using direct simulations. The curved capsules serve as a model for the typical crescent-shaped sickle red blood cells in sickle cell disease (SCD). The effects of deformability and curvature on the dynamics are revealed. We show that with low deformability, straight prolate spheroidal capsules exhibit tumbling in the shear plane as their unique asymptotically stable orbit. This result contrasts with that for rigid spheroids, where infinitely many neutrally stable Jeffery orbits exist. The dynamics of curved prolate capsules are more complicated due to a combined effect of deformability and curvature. At short times, depending on the initial orientation, slightly deformable curved prolate capsules exhibit either a Jeffery-like motion such as tumbling or kayaking, or a non-Jeffery-like behavior in which the director (end-to-end vector) of the capsule crosses the shear-gradient plane back and forth. At long times, however, a Jeffery-like quasiperiodic orbit is taken regardless of the initial orientation. We further show that the average of the long-time trajectory can be well approximated using the analytical solution for Jeffery orbits with an effective orbit constant and aspect ratio. These parameters are useful for characterizing the dynamics of curved capsules as a function of given deformability and curvature. As the capsule becomes more deformable or curved, decreases, indicating a shift of the orbit towards log-rolling motion, while increases weakly as the degree of curvature increases but shows negligible dependency on deformability. These features are not changed substantially as the viscosity ratio between the inner and outer fluids is changed from 1 to 5. As cell deformability, cell shape, and cell-cell interactions are all pathologically altered in blood disorders such as SCD, these results will have clear implications on improving our understanding of the pathophysiology of hematologic disease.

2019 Microsystems have the potential to make an enormous contribution to biomedical and clinical settings. Fully realizing the capabilities of this established technology lies in designing new robust microsystems capable of answering clinically relevant problems. Here, I discuss the creation of the platelet contraction cytometer, a tool that has led to important insights into our understanding of the biomechanical process of clotting and may even represent a new type of diagnostic based on biophysics.

Feeling the force: measurements of platelet contraction and their diagnostic implications

Seminars in Thrombosis and Hemostasis

2019 In addition to the classical biological and biochemical framework, blood clots can also be considered as active biomaterials composed of dynamically contracting platelets, nascent polymeric fibrin that functions as a matrix scaffold, and entrapped blood cells. As platelets sense, rearrange, and apply forces to the surrounding microenvironment, they dramatically change the material properties of the nascent clot, increasing its stiffness by an order of magnitude. Hence, the mechanical properties of blood clots are intricately tied to the forces applied by individual platelets. Research has also shown that the pathophysiological changes in clot mechanical properties are associated with bleeding and clotting disorders, cancer, stroke, ischemic heart disease, and more. By approaching the study of hemostasis and thrombosis from a biophysical and mechanical perspective, important insights have been made into how the mechanics of clotting and the forces applied by platelets are linked to various diseases. This review will familiarize the reader with a mechanics framework that is contextualized with relevant biology. The review also includes a discussion of relevant tools used to study platelet forces either directly or indirectly, and finally, concludes with a summary of potential links between clotting forces and disease.