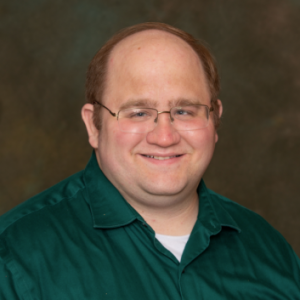 
Expert in social behaviors and individual differences and relationships.

Bill Chopik, a social/personality psychologist, studies how relationships -- and the people in them -- change over time and across situations. He focuses on how factors both inside (biological, hormonal) and outside (social roles, geography) of people influence their approach to social relationships. In 2016, Chopik was named one of Forbes' "30 Under 30 in Science"; and in 2015, he was named one of the "30 Top Thinkers Under 30" in Pacific Standard magazine.

How to know if you’re a social butterfly, according to psychologists

The term “social butterfly” is often used to describe, well, a highly social person. And while it's not a medical term, social psychologists understand and acknowledge it in their work and with patients. “'Social butterfly' is a term used for people who are socially skilled, extroverted, and well-liked by others,” says William Chopik, a social-personality psychologist and associate professor at Michigan State University, adding that social butterflies fit in well in different situations, make friends easily, and tend to feel pretty positive on a regular basis.

Boomers are bigger snowflakes than millennials, according to science

A new study has found that the baby boomer generation is more sensitive than millennials, despite repeated cries of ‘snowflake' and angst over ‘participant trophies' from the older generation. The research was conducted by Michigan State University in order to fill a void of “basic information about how narcissism changes across the adult life span.” William Chopik, a social-personality personality psychologist who co-authored the study, told Insider that his team defined hypersensitivity as “being unreceptive to others' feedback and lashing out at any criticism toward one's self.” They found that younger generations are less hypersensitive than older generations.

One expert who spoke to the Daily News said Bill Gates’ enduring friendship with Ann Winblad could actually bode well for his future relationship with Melinda Gates. “A good indicator is looking at people’s relationships with their past exes,” William Chopik, a psychology professor who directs the Close Relationships Lab at Michigan State University, said. “From what we at least know right now, (Bill Gates’ arrangement with Winblad) was platonic and resembled a strong friendship, but details can still come forward,” Chopik told The News. If the relationship was just that, Gates and Winblad seem to fit a category for exes called “perfect pals,” possibly setting the stage for hereafter harmony with Melinda Gates as well, he argued.

New research from William Chopik, an associate professor in the Michigan State University Department of Psychology, and David Johnson from the University of Maryland, finds that people's reason for swiping right is based primarily on attractiveness and the race of a potential partner and that decisions are often made in less than a second. "Despite online dating becoming an increasingly popular way for people to meet one another, there is little research on how people connect with each other on these platforms," said Chopik. "We wanted to understand what makes someone want to swipe left or swipe right, and the process behind how they make those decisions."

How to know if you are compatible with someone, according to matchmaking experts

Researchers previously found that having similarities with the person you are dating isn’t as important as most people think. Instead, finding a person who is “nice” is what matters, according to the 2019 study. “People invest a lot in finding someone who’s compatible, but our research says that may not be the end all be all,” said Bill Chopik, associate professor of psychology and director of Michigan State University’s Close Relationships Lab. “Instead, people may want to ask: ‘Are they a nice person?’ Do they have a lot of anxiety?’ Those things matter way more than the fact that two people are introverts and end up together.” Overall, researchers said that even among couples who share similar personalities, having a partner who is “conscientious and nice leads to higher levels of relationship satisfaction”.

What sort of activities could you do in middle age to preserve your faculties later on? Do we have everything to look forward to in our teens, and then realize later what life might throw at us? This is what Bill Chopik, assistant professor of psychology at Michigan State University, set out to discover when he led the largest study of its kind to determine what parts of life people are most optimistic, and the role important life events might play in our perceptions of the future.

This is the best country to retire to in the world

Researchers at Michigan State University investigated which countries show the highest levels of ageism, or discrimination toward older people, and which nations show the most respect to their older citizens. In short, individualistic countries like the U.S., Germany and Ireland ranked the highest for ageism. On the other end of the spectrum, more “collectivist” countries such as China, Japan and India tend to respect their elders much more. “Older adults are one of the only stigmatized groups that we all become part of someday. And that's always struck me as interesting — that we would treat so poorly a group of people that we're destined to become someday,” says William Chopik, assistant professor of psychology and author of the studies, in a release. “Making more equitable environments for older adults are even in younger people's self-interests.”

Stanford researchers say age bias is worse in these 10 states

Where can you contentedly go gray? And where should you avoid retiring? Researchers at Stanford University and Michigan State are addressing this pivotal question of our time. A new giant duo of studies with 800,000 participants find that age bias varies widely by region, with the Northeast and Southeast particularly steeped in it. Researcher William Chopik, assistant professor of psychology at Michigan State University, waxes philosophic: “Older adults are one of the only stigmatized groups that we all become part of some day. And that's always struck me as interesting—that we would treat so poorly a group of people that we're destined to become someday.”

“We found this interesting effect where people wanted to improve on things like being more emotionally connected to others — or, becoming more empathetic,” says William Chopik, assistant professor of psychology at Michigan State University. “But we found that this leads to changes in their political souls as well, which maybe they weren't intending. We saw that in these personality changes toward greater empathy, people placed a lot more importance upon more liberal ideologies — like how you should treat other people and take others' perspectives.” The study in the Journal of Research in Personality is the first to look at shifts in personalities and morals due to volitional change — changes one brings upon oneself.

Professor William Chopik, co-author of the study from Michigan State University, said: “Part of the reason [optimism changes] may be that as people mature, they become more competent at what they do and success comes a little easier for them as they master various parts of their lives — so they start to become more optimistic as they reach middle age. Also, middle-aged people may start to focus less on ‘getting ahead in life’ and instead attend to things which make them happy.'

Pick one: A. I expect more good things to happen than bad things. B. I rarely count on good things to happen to me. If you identify more with A, you're an optimist. If you identify more with B, you're a pessimist. You probably fall between the two. “There are plenty of people who are right smack dab in the middle, where they're optimistic about some things, pessimistic about other things,” says William Chopik, assistant professor of social and personality psychology and director of the Close Relationships Lab at Michigan State University.

ibll Chopik, the director of Michigan State University’s Close Relationships Lab says that it’s important to actively listen and validate each other’s feelings. If your partner says that they received a promotion at work, tell them how happy you are for them and remind them that the promotion came because of the great person that they are.

Whether you’re at a party, waiting in a dressing room line or taking your kid to the playground, talking to the people around you guarantees you’ll at least have a conversation — which could lead to a friendship. “Reaching out to others is a necessary first step to making new friends,” Dr. William Chopik, a social-personality psychologist and assistant professor at Michigan State University, tells SheKnows. “Some of the most superficial relationships — which later grow into more meaningful ones — start with people sharing basic interests, hobbies, opinions or aspirations. You won't know any of these things without first talking to people.”

Perceptions of Old Age Change as We Age

“I find it interesting that there’s a ton of people who have skewed perceptions about aging – mostly young adults,” said William Chopik, assistant professor of psychology and principal investigator of the research...

Discrimination Harms Your Health – and Your Partner’s

“We found that when an individual experiences discrimination, they report worse health and depression. However, that's not the full story – this stress spills over and affects the health of their partner as well,” said William Chopik, an assistant professor of psychology who conducted the study with current and former MSU students...

Changes in adult attachment styles in American college students over time: A meta-analysis

From the cradle to the grave: Age differences in attachment from early adulthood to old age

2011 Single individuals typically have higher testosterone compared to those who are partnered, suggesting that individual differences in testosterone are associated with mating effort, or people's motivation to find a sexual partner. However, there is less consistent evidence for links between testosterone and sociosexuality, or people's orientation toward uncommitted sexual activity. Based on Penke and Asendorpf's (2008) conceptualization, we propose that a more nuanced measure of sociosexuality may reveal more robust associations with testosterone. In the current study, we assessed relations between three components of sociosexuality—desire, behavior, and attitudes—and endogenous testosterone levels in men and women. We found that partnered status was indeed associated with lower testosterone in both men and women, but only among those who reported more restricted sociosexuality. Partnered men who reported greater desire for uncommitted sexual activity had testosterone levels that were comparable to those of single men; partnered women who reported more frequent uncommitted sexual behavior had testosterone levels that were comparable to those of single women. These findings provide new evidence that people's orientations toward sexual relationships, in combination with their relationship status, are associated with individual differences in testosterone. The current results are also among the first to demonstrate sociosexuality–testosterone associations in both men and women, and they reveal that the nature of these associations varies by gender. Together, these findings highlight the utility of a multifaceted conceptualization of sociosexuality and the implications of this conceptualization for neuroendocrine processes.