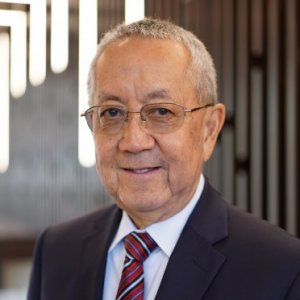 William C. Gong is Associate Professor of Clinical Pharmacy and Director for Residency and Fellowship Training at the University of Southern California School of Pharmacy. Dr. Gong received his Pharm.D. from the University of Southern California, and completed his Residency in Clinical Pharmacy at the LAC+USC Medical Center. He is a primary care pharmacist at the Edward R. Roybal Comprehensive Health Care Center in a general medicine clinic involved with management of chronic disease conditions. His specialty practice area includes diabetes care and the metabolic diseases. He is a Preceptor for the ASHP Diabetes Patient Care Traineeship at the Edward R. Roybal Comprehensive Health Center. As a faculty member, Dr. Gong is responsible for teaching in the primary care clerkships and providing lectures in the therapeutics series.

Dr. Gong is actively involved with the professional organizations. He has served on the California Society of Health-Systems Pharmacists Board of Directors. On the national level, he has served as Vice-Chair and Chair for the Primary Care Specialty Practice Group of ASHP, as an executive board member of the ASHP Section of Clinical Specialists, and is currently a member of the ASHP Commission on Credentialing. He has published and given numerous presentations on ambulatory care pharmacy practice issues and diabetes care on the national and local level. He is cited in the Congressional Record for Pharmacy Practice Achievements, is a Fellow of the American Society of Health-Systems Pharmacists, and Fellow of the California Society of Health-Systems Pharmacists.

2007 Type 2 diabetes (T2DM) is a major risk factor for developing cardiovascular disease (CVD). The growing epidemic of T2DM has contributed to CVD becoming the leading cause of morbidity and mortality in the United States.

Use of script concordance test to assess pharmaceutical diabetic care: a pilot study in Thailand

2006 The script concordance (SC) test is an assessment tool designed to probe whether knowledge of examinees is efficiently organized for clinical actions. The aim of this study was to develop an SC test, and determine whether it could be used to differentiate novices from expert pharmacists in their ability to carry out clinical actions in the area of diabetes mellitus. The SC test was developed and validated according to guidelines proposed previously. Data analysis was performed using a post-hoc test and ANOVA. The test developed had 31 items. Participants included 54 students, six new graduates, and 16 clinical pharmacists. Average scores and standard deviations for students, new graduates and clinical pharmacists were 18.54 (2.90), 20.27(1.42) and 21.09(2.89), respectively. The group differences were significant (p

2005 Cultural sensitivity and effective communication are essential to providing pharmaceutical care, especially when serving culturally diverse populations. Inadequate communication between pharmacists and patients who are members of a minority group may lead to negative outcomes with respect to medication adherence and overall disease management. Awareness of cultural issues and knowing the proper questions to ask the patient are critical. The Hispanic population in the United States more than doubled between 1980 and 2000. According to the U.S. government, Hispanics include persons who trace their ancestry to Mexico, Puerto Rico, Cuba, Spain, the Spanish-speaking countries of Central and South America, and the Dominican Republic, regardless of race. Although these groups share a common language, there may be differences in thoughts and beliefs among Hispanic subcultures. In addition, an individual may have a unique cultural identity, depending on his or her geographic location, primary language, generation in the United States, and beliefs and practices. To effectively educate and counsel Hispanic patients, pharmacists must be aware of their health care perceptions and expectations. This article discusses some issues in the pharmaceutical care of Hispanic patients.

Journal of the American Pharmaceutical Association

2002 To review the efficacy and safety of natural products commonly used for diabetes.

Use of herbal products for diabetes by Latinos

Journal of the American Pharmaceutical Association

2002 Diabetes is an epidemic of crisis proportion. In the United States, cases have increased fivefold since 1958. The focus of therapy management is tightly controlling blood glucose levels in order to reduce related health complications. Toward this end, health care professionals need to know whether patients are using natural products that could affect these values.