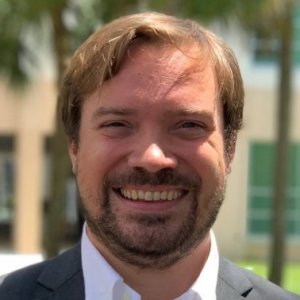 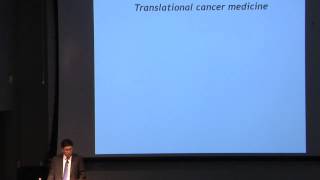 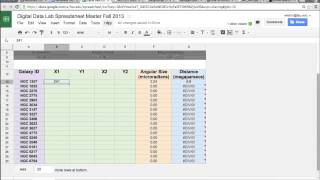 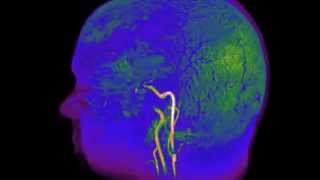 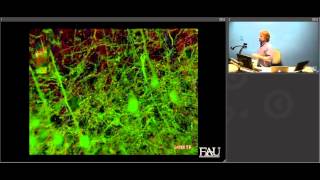 Sending a mouse through a maze can tell you a lot about how its little brain learns. But what if you could change the size and structure of its brain at will to study what makes different behaviors possible? That’s what Elan Barenholtz and William Hahn are proposing. The cognitive psychologist and computer scientist, both at Florida Atlantic University in Boca Raton, are running versions of classic psychology experiments on robots equipped with artificial intelligence. Their laptop-size robotic rovers can move and sense the environment through a camera. And they’re guided by computers running neural networks–models that bear some resemblance to the human brain...

“In terms of having the head and the eyes and the ears and the AI [artificial intelligence] brain we’re building, this is the only unit in the world like this one,” says William Hahn. He’s an assistant Mathematical Sciences professor and co-director of FAU’s Machine Perception and Cognitive Robotics Lab...

The human brains behind Astro are a team of neuroscientists, IT experts, artists, biologists, psychologists, high school students and undergraduate and graduate students at FAU. At the helm of this project are Elan Barenholtz, Ph.D., an associate professor in FAU’s Department of Psychology, co-director of FAU’s MPCR laboratory, and a member of FAU’s Brain Institute (I-BRAIN), one of the university’s four research pillars; William Hahn, Ph.D., an assistant professor in FAU’s Department of Mathematical Sciences and co-director of FAU’s MPCR laboratory; and Pedram Nimreezi, director of intelligent software in FAU’s MPCR laboratory, chief technology officer for RedGage and a martial arts expert...

The Astro research project is being led by Assoc. Prof. Elan Barenholtz, Asst. Prof. William Hahn, and Pedram Nimreezi, who is the director of intelligent software in the university's Machine Perception and Cognitive Robotics Laboratory. You can see the robot in action, in the following video...

Researchers are creating their own test subject

Deep Blue is famous among the AI community for being the first computer to beat a world chess champion, Garry Kasparov. This AI was programmed specifically to play the game though. “Train it for chess and give it Tic-tac-toe and it collapses,” says William Hahn, a Ph.D. candidate working in the lab. Barenholtz explains that MPCRL’s bot, contrary to Deep Blue, has “a general purpose brain.”...

2019 An unsupervised machine-learning model, based on a self-organizing map (SOM), was employed to extract suggested target genes from DESeq2 differential expression analysis data. Such methodology was tested on matrixmetalloproteinase 9 (MMP9) inhibitors. The model generated information on several novel gene hits that may be regulated by MMP-9, suggesting the self-organizing map method may serve as a useful analytic tool in degradomics research for further differential expression data analysis. Original data was generated from a previous study, which consisted of quantitative measures in changes of levels of gene expression from 32,000 genes in four different conditions of stimulated T-cells treated with an MMP-9 inhibitor. Since intracellular target of MMP-9 are not yet well characterized, the functional enrichment analysis program, WebGestalt, was used for validation of the SOM identified regulated genes. The proposed data analysis method indicated MMP-99s prominent role in biological regulatory and metabolic processes as major categories of regulation of the predicted genes. Both fields suggest extensive intracellular targets for MMP-9-triggered regulation, which are new interests in MMP-9 research. The methodology presented here is useful for similar knowledge and discovery from quantitative datasets and a proposed extension of DESeq2 or similar data analysis.

Proceedings of the 2018 ACM International Conference on Bioinformatics, Computational Biology, and Health Informatics

2018 Computational techniques for binding-affinity prediction and molecular docking have long been considered in terms of their utility for drug discovery. With the advent of deep learning, new supervised learning techniques have emerged which can utilize the wealth of experimental binding data already available. Here we demonstrate the ability of a fully convolutional neural network to classify molecules from their Simplified Molecular-Input Line-Entry System (SMILES) strings for binding affinity to HIV proteins. The network is evaluated on two tasks to distinguish a set of molecules which are experimentally verified to bind and inhibit HIV-1 Protease and HIV-1 Reverse Transcriptase from a random sample of drug-like molecules. We report 98% and 93% classification accuracy on the respective tasks using a computationally efficient model which outperforms traditional machine learning baselines. Our model is suitable for virtually screening a large set of drug-like molecules for binding to HIV or other protein targets.

A Systematic Comparison of Deep Learning Architectures in an Autonomous Vehicle

2018 Self-driving technology is advancing rapidly --- albeit with significant challenges and limitations. This progress is largely due to recent developments in deep learning algorithms. To date, however, there has been no systematic comparison of how different deep learning architectures perform at such tasks, or an attempt to determine a correlation between classification performance and performance in an actual vehicle, a potentially critical factor in developing self-driving systems. Here, we introduce the first controlled comparison of multiple deep-learning architectures in an end-to-end autonomous driving task across multiple testing conditions. We compared performance, under identical driving conditions, across seven architectures including a fully-connected network, a simple 2 layer CNN, AlexNet, VGG-16, Inception-V3, ResNet, and an LSTM by assessing the number of laps each model was able to successfully complete without crashing while traversing an indoor racetrack. We compared performance across models when the conditions exactly matched those in training as well as when the local environment and track were configured differently and objects that were not included in the training dataset were placed on the track in various positions. In addition, we considered performance using several different data types for training and testing including single grayscale and color frames, and multiple grayscale frames stacked together in sequence. With the exception of a fully-connected network, all models performed reasonably well (around or above 80\%) and most very well (~95\%) on at least one input type but with considerable variation across models and inputs. Overall, AlexNet, operating on single color frames as input, achieved the best level of performance (100\% success rate in phase one and 55\% in phase two) while VGG-16 performed well most consistently across image types...

2018 Deep recurrent neural networks (DRNNs) have recently demonstrated strong performance in sequential data analysis, such as natural language processing. These capabilities make them a promising tool for inferential analysis of sequentially structured bioinformatics data as well. Here, we assessed the ability of Long Short-Term Memory (LSTM) networks, a class of DRNNs, to predict properties of proteins based on their primary structures. The proposed architecture is trained and tested on two different datasets to predict whether a given sequence falls into a certain class or not. The first dataset, directly imported from Uniprot, was used to train the network on whether a given protein contained or did not contain a conserved sequence (homeodomain), and the second dataset, derived by literature mining, was used to train a network on whether a given protein binds or doesn’t bind to Artemisinin, a drug typically used to treat malaria. In each case, the model was able to differentiate between the two different classes of sequences it was given with high accuracy, illustrating successful learning and generalization. Upon completion of training, an ROC curve was created using the homeodomain and artemisinin validation datasets. The AUC of these datasets was 0.80 and 0.87 respectively, further indicating the models’ effectiveness. Furthermore, using these trained models, it was possible to derive a protocol for sequence detection of homeodomain and binding motif, which are well-documented in literature, and a known Artemisinin binding site, respectively [1-3]. Along with these contributions, we developed a python API to directly connect to Uniprot data sourcing, train deep neural networks on this primary sequence data using TensorFlow, and uniquely visualize the results of this analysis. Such an approach has the potential to drastically increase accuracy and reduce computational time and, current major limitations in informatics, from inquiry to discovery in protein function research.