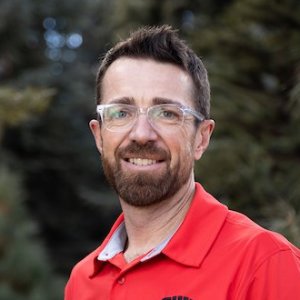 Dr. William Heyborne is an associate provost and professor of biology at Southern Utah University.

With research interests in the diversity of living things, Dr. Heyborne specializes in biological pedagogy, and reptile/amphibian natural history including the study of insects and venomous snakes. Dr. Heyborne teaches his students to examine living systems and the impact of biological problems on human affairs. He encourages critical thinking, problem solving and the application of scientific thinking.

An SUU alumnus, Dr. Heyborne received a bachelor’s degree in zoology with a minor in chemistry. At Oregon State University, he earned a master’s degree in entomology, then a Ph.D. in biology from the University of Northern Colorado. Previously, he worked as chair of the biology and chemistry department at Morningside College at Sioux City, Iowa. 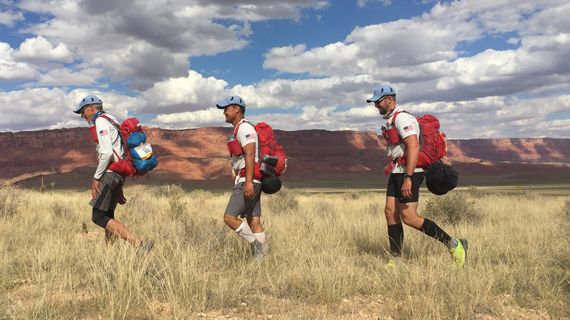 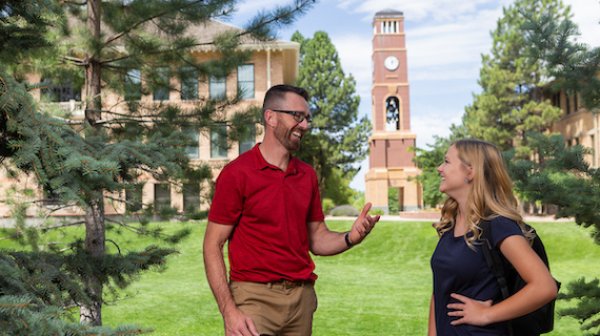 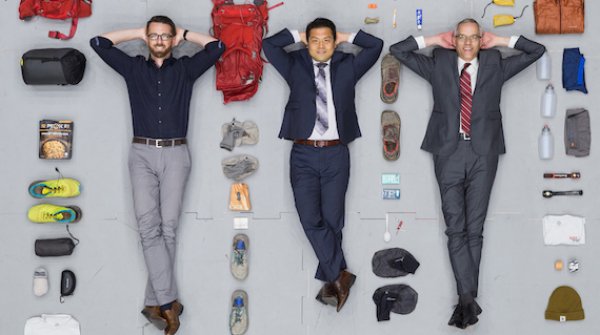 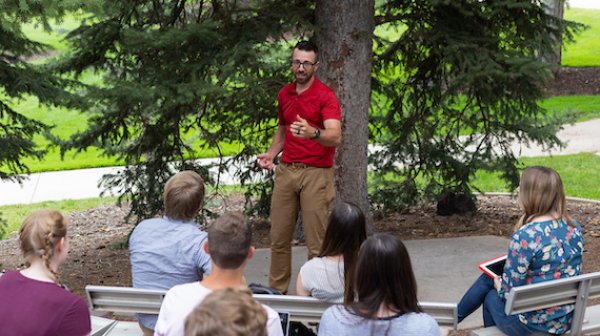 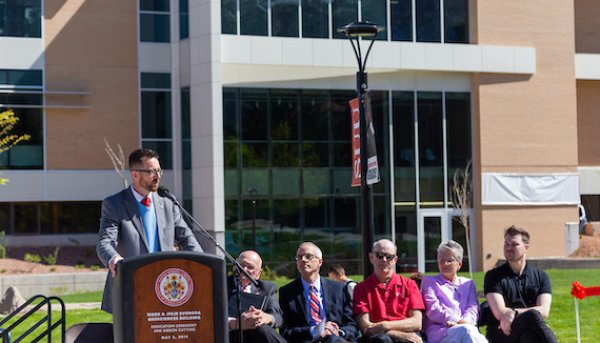 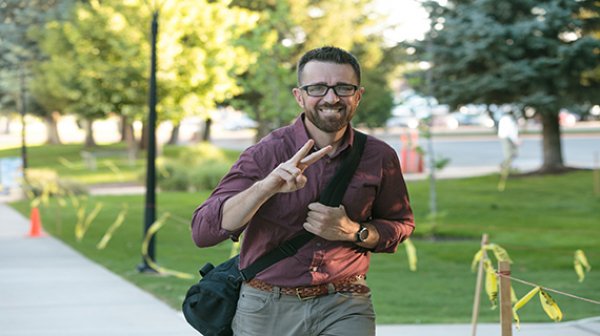 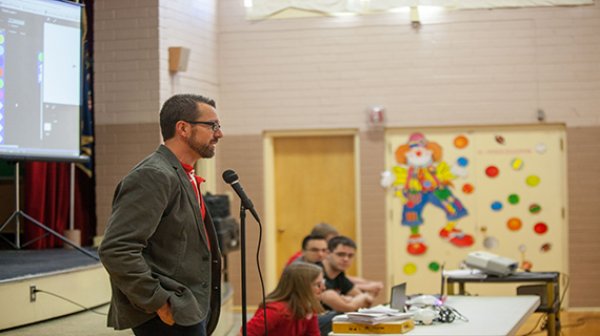 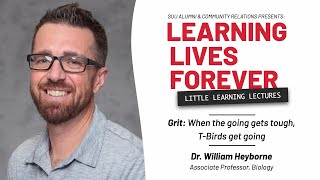 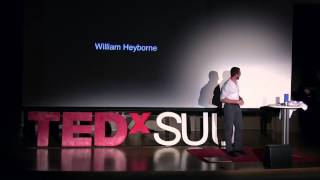 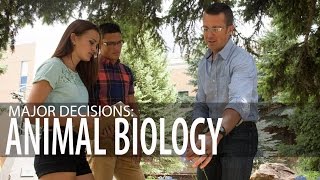 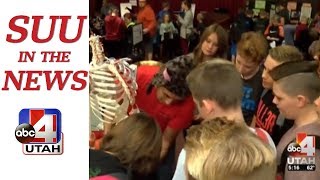 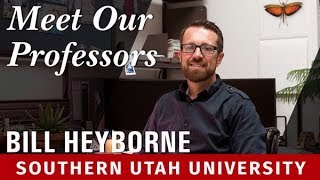 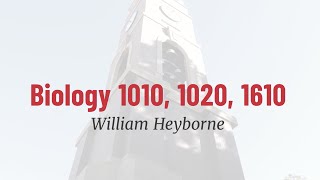 Ecology and Evolution of Insects and Arachnids

Classification of Amphibians and Reptiles

Influencer of the Year

SUU Advisor of the Year

SUU Professor of the Year

Founder of the SUU Animal Ambassadors

In a story on their stink bug incidents, Southern Utah University associate biology professor Bill Heyborne suggested such buggy behavior may be on the uptick. “Truth be told, if you talk to other entomologists around the world, they’re seeing more and more of these sorts of outbreaks,” Heyborne told the St. George News. “And so there is some conversation about, is this related to climate change or not? We don’t really know the answer to that. But I guess time will tell.”

Stink bugs are swarming parts of Utah: 'Never seen anything like this'

Bill Heyborne, associate professor of biology at Southern Utah University, told St George News that until the cycle completes itself, there's not a lot people can do in the meantime. They'll just have to deal with it.

Swarms of stink bugs invade southern Utah: 'Never seen anything like this'

"Insects are so tied to environmental conditions, temperature, moisture, food availability, all of those things," Heyborne said. "Sometimes, the stars just align and conditions end up being just perfect for a particular species of insect. And so you'll get a very large outbreak one year and then you won't see them for a decade. There may be a few here and there, but nothing much. And then the stars will align again you'll see them again."

Bugs, Bugs, and more BUGS. The invasion of Insects in Page Arizona.

Experts have told us the mass invasion of insects is attributable to a combination of a wetter than average spring, and several other factors.

Cedar City native and SUU alumnus Bill Heyborne has completed the academic circle of life and now shares his passion of animals and wildlife with SUU students.

SUU for Hope Team places first in Grand to Grand

“While it was among the most difficult things I have ever done physically, it was also one of the most rewarding,” recounted Heyborne, associate professor of biology at SUU. “I’m so grateful to my colleagues Scott and Johnny, for their sense of adventure, great attitudes, and grit. And we are so grateful to the sponsors for their commitment to the soon to be developed child care center on our campus. This will be a great resource for young parents seeking an education here at SUU.”

Wyatt and teammates William Heyborne, associate professor of biology at SUU, and Johnny Oh, the university's director of global engagement, are among 135 runners from 22 countries who will traverse high desert, slot canyons and national forests gaining 18,000 feet of elevation along the way.

Kane Education Foundation would like to thank the SUU Center for STEM Teaching and Learning, Kanab City Library, Southwest Utah Public Health Department, USU extension and the BLM Field Office for partnering with us in this project.

William Heyborne, director of STEM Learning at SUU, said the growth of FIRST programs in Southern Utah has been remarkable. The fact that Cedar City has two FLL teams competing on a national stage speaks volumes about the coaches, teachers, sponsors and parents in the community.

STEAM education is often overlooked by overworked teachers in elementary schools across the nation, and SUU decided to model their festival after ones held in northern Utah, according to William Heyborne, assistant professor of biology at SUU.

Two thousand students from Iron and Washington Counties are here. Some are even traveled from Nevada to participate in the festival. More than two dozen community and university groups show kids that sometimes difficult subjects, such as science, technology, engineering, art and math can be fascinating.

“One of the reasons we are involved in STEM outreach is to increase the number of kids pursuing STEM careers, which will hopefully result in them enrolling at Southern Utah University,” said Dr. William Heyborne, associate professor of biology and director of the SUU Center for STEM Teaching and Learning. “There is a sense of prestige and notoriety for SUU in terms of being able to form this collaborative relationship with a university as well-established and well-known, in the area of technology and robotics, as Carnegie Mellon.”

According to Bill Heyborne, a herpetologist and professor of biology at Southern Utah University, there are 24 recognized subspecies of milk snakes (Lampropeltis triangulum). "Some scientists have suggested that they should actually be split into multiple species," he said.

There are four recognized species of anaconda, according to Bill Heyborne, a herpetologist and professor of biology at Southern Utah University. They are the green anaconda, the yellow or Paraguayan anaconda, the dark-spotted anaconda and the Beni or Bolivian anaconda. “They can be differentiated from one another genetically, but also based on their size and geographic range,” Heyborne said.

Water snakes and water moccasins are from two different families (respectively, Colubridae, the largest snake family; and Viperidae, or vipers), but they look superficially similar, according to Bill Heyborne, a herpetologist and professor of biology at Southern Utah University. “The similarity may be an evolutionary adaptation of the water snakes to avoid predation.”

A 2014 report released by the U.S. Department of Education found that 45 out of 50 states had teacher shortages in science, technology, engineering and math (STEM) education in the previous school year. That’s why the Utah Legislature’s decision to create one-time STEM education grants to Dixie State University and Southern Utah University was such a good idea.

Southern Utah University has pioneered the state’s first elementary-level STEM teaching endorsement. The first cohort of the state’s STEM endorsed educators will complete their coursework this summer, and educators from across the state are eager to seek this advanced level of professional training, currently offered only at SUU. Over the summer, teachers from Southwest Educational Development Center partner schools as well as The Canyons and Jordan School Districts will pursue the new STEM endorsement.

To Flip or Not to Flip? Analysis of a Flipped Classroom Pedagogy in a General Biology Course

The flipped classroom is a relatively new pedagogical technique in which what was once considered "homework" is now done in the classroom, and what was once done in the classroom is now done during out-of-class time. The development of electronic technology has helped make this "flip" possible as students can now watch lectures at home, freeing class time to involve them in more engaging activities.

Handbook of Venoms and Toxins of Reptiles

The Handbook of Venoms and Toxins of Reptiles offers "one-stop shopping" to all biologists, biochemists, toxicologists, physicians, clinicians, and epidemiologists, and informed laypersons interested in the biology of venomous reptiles, the biochemistry and molecular biology of venoms, and the effects and treatment of human envenomation. This book examines the topic generally, provides an overview of the current taxonomy of these reptiles, explains the similarities and differences in the venom delivery apparatus in different groups of reptiles, reviews state-of-the-art knowledge about specific venom components and their action, and summarizes effects of envenomation and treatment in humans on different continents.

Identification and characterization of a taxon-specific three-finger toxin from the venom of the Green Vinesnake (Oxybelis fulgidus; family Colubridae)

Snake venoms contain a variety of protein and peptide toxins, and the three-finger toxins (3FTxs) are among the best characterized family of venom proteins. The compact nature and highly conserved molecular fold of 3FTxs, together with their abundance in many venoms, has contributed to their utility in structure-function studies. Although many target the nicotinic acetylcholine receptor of vertebrate skeletal muscle, often binding with nanomolar Kds, several non-conventional 3FTxs show pronounced taxon-specific neurotoxic effects. Here we describe the purification and characterization of fulgimotoxin, a monomeric 3FTx from the venom of Oxybelis fulgidus, a neotropical rear-fanged snake.

Teaching and learning animal anatomy has a long history in the biology classroom. As in many fields of biology, decades of experience teaching anatomy have led to the unofficial selection of model species. However, in some cases the model may not be the best choice for our students. Our struggle to find an appropriate model for teaching and learning insect anatomy has resulted in experiments with a variety of species. In our experience, none of the available models seems as useful as the Madagascar hissing cockroach. In this article, we advocate the use of this species in laboratory studies of insect anatomy.

The Brown Treesnake (Boiga irregularis), a rear-fanged member of the polyphyletic family Colubridae, is an introduced predator on Guam which has been responsible for numerous human envenomations. Because little is known about this species' venom, we characterized venom proteins from B. irregularis using enzyme assays, one and 2D electrophoresis, Western blot analysis, mass spectrometry, HPLC and toxicity assays. Venom yields and protein content varied significantly with snake size, and large adult specimens averaged over 500 μl venom (19.2 mg, protein content ∼90%). Only two enzymes, azocaseinolytic metalloprotease and acetylcholinesterase, were detected in venoms, and both activities increased with snake size/age.

APALONE SPINIFERA EMORYI (Texas Spiny Softshell). DIET. Apalone spinifera emoryi was introduced into the Colorado River system in the early 20th century, likely via the Gila River (Miller 1946. Copeia 1946:46), and is now widespread in the Colorado and its tributaries.

Species of Oxybelis are extremely elongate arboreal snakes that are broadly distributed in the Americas, from extreme southeastern Arizona (USA) to central South America.

Non-majors course in biology emphasizing mechanisms of living systems and impact of biological problems on human affairs. Course is designed to foster critical thinking, problem solving and the application of scientific thinking in biology. Not intended for science majors.

Designed for non-biology majors seeking a basic introduction to human anatomy and physiology. Outlines the basic structure and function of the body from cellular to system levels.

It provides fundamental knowledge of morphological complexity, physiology, development, environmental adaptation, and the evolutionary history of life on Earth.

It provides a basic foundation in the areas of biochemistry, organization and function of cells as well as the transmission of genetic information.

Behavior, ecology, evolution and identification of major orders of insects and arachnids.

Natural history and classification of amphibians and reptiles, including their diversity, distribution, ecology, reproduction, behavior, evolution and conservation.

Principles and concepts of conservation biology with emphasis on management of biodiversity (including genetic diversity), ecosystems, and populations and on socio-economic and political factors related to conservation.