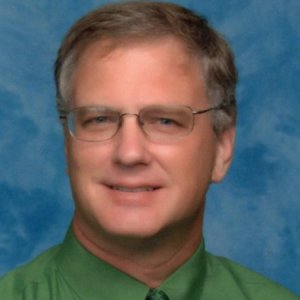 Bill Lindner was born near Pittsburgh, PA and grew up in New Jersey and Geneva, Switzerland. He spent 20 years in the U.S. Air Force, where he was able to travel around the world. Scenes from his travels appear throughout his books. He also attended James Madison University and earned his MA in Language Arts Education from the University of Central Florida.

During Bill's years in the Air Force, he served first as an aircraft mechanic, and then made a major switch and became a public affairs specialist, a position that allowed to develop and use his communication skills. His duties included writing and editing an award-winning military newspaper, and working with the White House, embassies in Washington, D.C., and local, national, and international press organizations.

After retiring from the Air Force in 2006, Bill became an educator and currently teaches English full-time at a private high school in Florida and part-time as an adjunct faculty member at Embry Riddle University. He teaches a variety of subjects including Rhetoric, composition, literature, and public speaking.

Bill is also a self-published author and writes under the pen-name Will Granger. His novels and short stories are available on Amazon.com and Barnes and Noble.com. Will's Anabar's Run is the first book in his three-part Anabar saga, and the second book, Anabar Rises, is also complete. Will has also written four short horror stories, Vampire Truths, The Deadly Path, Gladitorium Immortuos, and Best Teacher.

Bill and his family live on the East Coast of Florida. When he isn't writing or teaching, he goes to church, goes sailing and fishing, and enjoys living close enough to Orlando to have an annual pass to Disney World.

Rhetoric in Ancient Greece and Today

I retired from the U.S. Air Force in 2006 after 20 years of active duty service. I served as a Public Affairs Specialist and a Strategic Aircraft Maintenance Specialist. My duties included serving in the busy, exciting Public Affairs office at Andrews Air Force Base, Md., the home of Air Force One. While at Andrews, I worked with the White House Travel Office and other government agencies to coordinate media coverage. I also had the opportunity to brief national and foreign media organizations.

When I turned 50 several years ago, I started taking lessons on playing the bagpipes, something I had wanted to do for a long time. I have an instructor in Scotland, and I meet with him each week via Skype. So far, it has been challenging, yet fun, and I love practicing and trying to get better. I recently played several gigs, including a graduation ceremony, and cross country race, and when I was asked to play "Amazing Grace" for Veteran's Day at the school where I teach.

Failures and some successes in parenting an adult bipolar child

This has been the challenge of my life, and I don't have any answers, although I wish and pray I did. Still, my wife and I have persevered for 28 years in trying to do the best we can for our son. We maintain no unrealistic hopes, yet we love him and try to help him as much as possible, and we will never give up on him. A frank talk on what has and has not worked for me as a father, husband, and man.