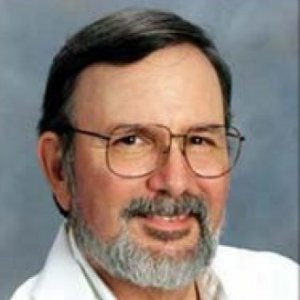 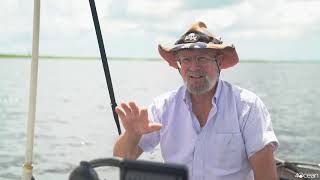 William Louda's research centers on algal blooms, water quality, and how that affects microalgal communities (phytoplankton, periphyton, epiphytes etc.). Within this context and beyond, he studies photosynthetic and accessory pigments (chlorophylls, carotenoids, scytonemins, phycobilins). Pigment-based chemotaxonomy, the use of taxon-specific biomarkers to discern community structure and dynamics, is the main thrust of his research as well. Lately, he has been very involved in studying phosphorus pollution of south Florida waters from the overuse of equestrian waste in agri-businesses. Global climate change, especially rising carbon dioxide levels, is also studied as it impacts microalgal communities in both marine (“ocean acidification”) and fresh waters.

Upstream of the Moore Haven Lock and Dam on the southwest fringe of Florida’s inland sea researchers are working to save the world from blue-green algae with a contraption they hope can heal any large body of water.

Could seaweed mess and dead dolphins be linked to Mississippi River’s overflow?

“Once the red tide gets going out in the Gulf it is then up to the wind and currents to bring it closer to shore where it gets all the nutrients — nitrogen and phosphorus — it could ever need from our sewerage and fertilizer pollution,” said J. William Louda, a research professor with FAU’s Department of Chemistry and Biochemistry.

A test of toxins in Lake Okeechobee returned results more than twice what’s considered safe by the U.S. Environmental Protection Agency, raising concerns from scientists about swimming and eating fish from the warming waters.

2018 The Florida red tide dinoflagellate, Karenia brevis, is the major harmful algal bloom dinoflagellate of the Gulf of Mexico and plays a destructive role in the region. Blooms of K. brevis can produce brevetoxins: ladder-shaped polyether (LSP) compounds, which can lead to adverse human health effects, such as reduced respiratory function through inhalation exposure, or neurotoxic shellfish poisoning through consumption of contaminated shellfish. The endogenous role of the brevetoxins remains uncertain. Recent work has shown that some forms of NADPH dependent thioredoxin reductase (NTR) are inhibited by brevetoxin-2 (PbTx-2). The study presented herein reveals that high toxin and low toxin K. brevis, which have a ten-fold difference in toxin content, also show a significant difference in their ability, not only to produce brevetoxin, but also in their cellular redox status and distribution of xanthophyll cycle pigments. These differences are likely due to the inhibition of NTR by brevetoxin. The work could shed light on the physiological role that brevetoxin fills for K. brevis.

2013 We report the structure of a novel sunscreen based on the scytoneman skeleton. This pigment, scytonemin-3a-imine, was isolated from cultures of the cyanobacterium, Scytonema hoffmani, only when grown under high to intense (300–1500+ μmol quanta m−2 s−1) light conditions, with or without added UVR (ultraviolet radiation). It was also isolated from samples of natural cyanobacterial mats growing in shallow/short hydroperiod fresh water (Florida Everglades), soils (Loxahatchee, Florida) and saline cyanobacterial mats (Eleuthera, The Bahamas). These natural samples were all growing under intense (e.g. > 1500 μmol quanta m−2 s−1) light conditions. Scytonemin-3a-imine may eventually become a biomarker for such biota.

2011 This report extends our previous studies by investigating oxic and anoxic alteration of chlorophyll in 13 species of microalgae incubated between 3 and 10 years. The experiments were designed to investigate the alteration of chlorophyll as cells senescence, die and decompose. They mimic the initiation of diagenesis without the intervention of (non-microbial) grazing or photochemistry.