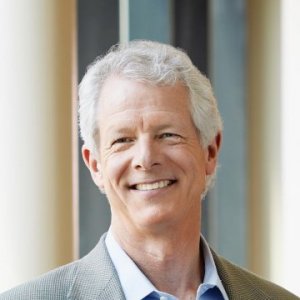 William Smalley is an award-winning expert in marketing strategy, business development, and negotiating. Described as a "strategic mind in a sales personality" he has been recognized for his outstanding communication skills and an ability to motivate people to actually use what they learn to improve performance. He is the author of "Intelligent Selling" a next generation sales approach based on collaboration to maximize value

Bill honed his leadership and communication skills in a career in B2B and consumer marketing, and domestic and international sales. He has held management positions in the building materials, media, promotion, and telecom industries and is a Managing Partner in a documentary film and television production company. He has won millions of dollars in new business in his career and his international experience includes business development work in the Middle East (Saudi Arabia and the United Arab Emirates) and Singapore.

A top-rated seminar leader with the Canadian Professional Sales Association, The Canadian Management Centre, and the Management Performance Centre of Toronto, he has been a guest lecturer in Executive Programs at the Rotman School of Management. He teaches negotiation skills at the University of Toronto and has been featured on CBC Marketplace as a negotiation consultant and on CBC News and Financial Post Media on how to negotiate with power-based negotiators like President Trump. Bill has served on the Marketing Advisory Committees of Humber College, The Canadian Outward Bound Wilderness School, and Theatre Ontario and has worked with a diverse group of clients from entrepreneurs to multinational corporations including Reebok/CCM, Symantec, the Canadian Olympic Team, Earth Day Canada, AMJ Campbell Van Lines, Timberland and Air Canada.

He holds an Executive MBA from the Rotman School of Management, University of Toronto, and a Certified Sales Professional Rating (with distinction) from the Canadian Professional Sales Association. A former army reservist he is a member of Treble Victor Group, a networking group that helps veterans transition out of the military to civilian success.

He has spoken extensively at sales meetings, conferences, and events throughout North America and internationally and his warm and engaging style has made him a much in demand trainer, speaker, and facilitator.

Achieved first in class in Marketing

“The presentation on understanding value for our inside renewal sales team yielded exceptional results. The past 2 quarters we have been the top performing Americas team with an average of 130% attainment of sales goals. The Intelligent Selling™ training helped us focus on value with our customers rather than trying to bowl them over with outdated aggressive sales techniques and that has made the difference.”

“When I heard you were returning as our trainer I knew it was once again going to be the highlight of our meetings and I wasn’t wrong. I am interested when listening to you….. I am always left with the feeling of wanting to go out and conquer all my fears!”

“As an organization that offers a variety of programs, projects and events, we found that working with Bill was an excellent way of bringing our combined efforts back to the forefront resulting in a strong value proposition for the organization. Working through Bill’s process of determining shared passions, competencies and values from our stakeholders’ perspective was incredibly beneficial, allowing the team to focus on overall messaging versus project/program specific marketing. I would definitely recommend Bill’s facilitation as an excellent way of engaging staff and examining the work of the organization through a collaborative and meaningful lens.”

“I would like to thank you for the session you gave entitled “Managing Across Cultures” which was given to the University of Salzburg Executives during their exchange visit to Rotman. The insights you delivered and the quality of your delivery were noted in the evaluations and in the exchanges I had with the executives. I would like to highlight two comments that stood out from the evaluations: “Perfect” and “Wow! Thank You”. The overall assessment from your session was 6.2 out of 7, which is an excellent performance. I look forward to working with you again very soon.”

Marketplace - "Point of No Returns"

Appeared as expert consultant in negotiating