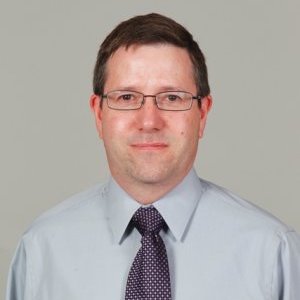 
William B. (Trey) Cade III, Ph.D., is the director of the Baylor Institute for Air Science. 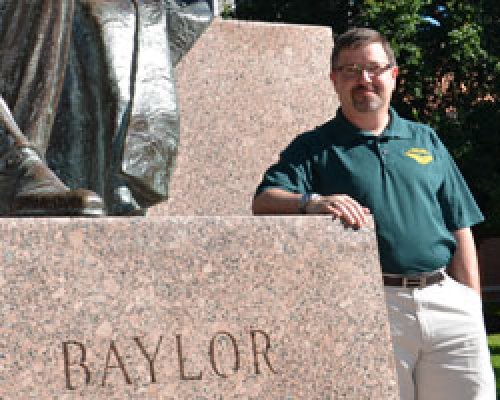 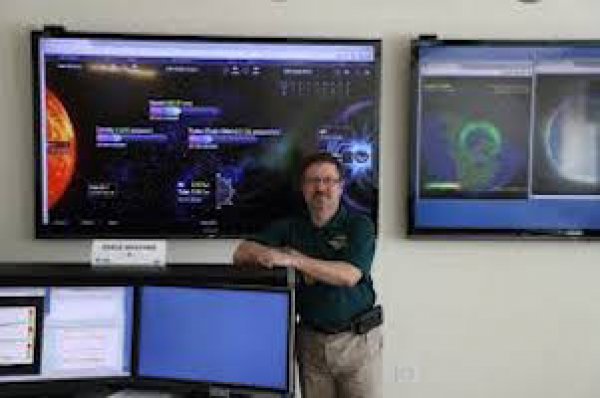 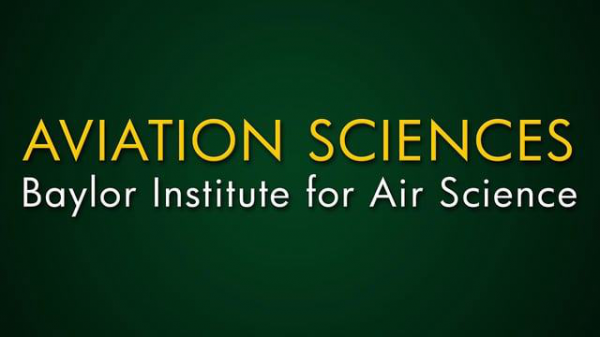 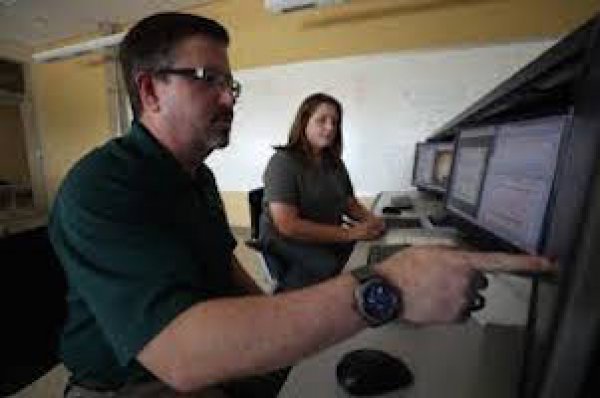 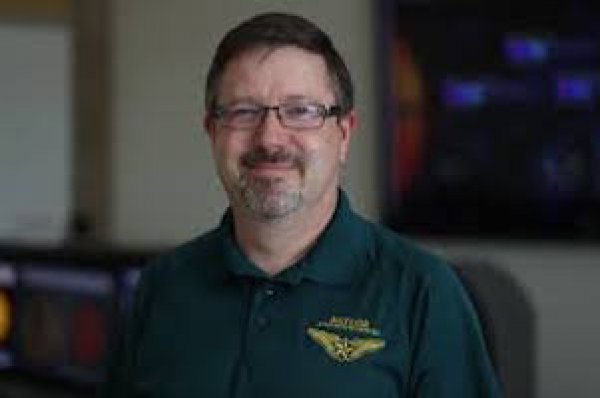 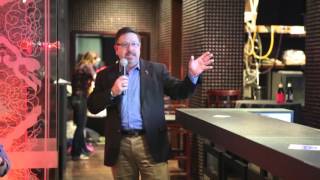 William B. (Trey) Cade III, Ph.D., is the director of the Baylor Institute for Air Science, an assistant research professor for Baylor's Center for Astrophysics, Space Physics, and Engineering Research, and director of Baylor’s Space Weather Research Laboratory (SWERL). He is an expert in meteorology and space weather.

His primary interests are in studying the physics of geomagnetic storm and the history of Space Weather. However, he has experience and expertise in all aspects of space weather, including how it works and more importantly how it affects us here on earth.

He also has expertise in meteorology, having served in the US Air Force as a weather officer. He teaches both meteorology and space weather classes at Baylor.

He is the author of multiple publications, including one about the U. S. Air Force and the space environment.

Baylor Professor and Space Weather Scientist Provides Tips for Watching the Total Solar Eclipse, Details on the Next Eclipse

WACO, Texas (Aug. 16, 2017) – For three hours on August 21, the moon will pass in front of the sun causing a total solar eclipse. While Waco will not experience a full eclipse, it will be worth viewing, according to a Baylor professor and space weather scientist. “In Waco, we will not experience a total eclipse but a partial eclipse,” said Trey Cade, Ph.D., assistant research professor and director of the Baylor Institute for Air Science. “About 70 percent of the sun will be covered, which will still make it noticeably darker.”

Baylor Institute for Air Science is for the first time offering a new major in aviation administration to provide a curriculum for students interested in working for the business side of aviation. Trey Cade, Ph.D., director of Baylor Institute for Air Science, is excited about the new possibility for students. The program was developed after a number of collegiate aviation programs began offering management or administration major options. Numerous current and prospective Baylor students were asking for this major, so Cade knew the demand was there.

1967 Solar Storm Nearly Took Us to Brink of War

A solar storm that jammed radar and radio communications at the height of the Cold War could have led to a disastrous military conflict if not for the U.S. Air Force’s budding efforts to monitor the sun’s activity, a new study finds...

“With the growing reliance on space, we also see increasing needs for space weather support for military and civilian capabilities,” said Lt. Col. Trey Cade, applied technology division chief at the Air Force Weather Agency, at Offutt Air Force Base in Nebraska. “We make sure to stay on the cutting edge of the latest science.” The applied technology division works in concert with other military, civil and academic organizations...

“Most people think that space is empty and it is really not,” said Lt. Col. Trey Cade, chief of the applied technology division of the Air Force Weather Agency. “There are many hazards out there that can affect what we do here on the Earth and affect our systems in space, (such as high-intensity radiation, geomagnetic storms and solar flares. Any of these) could cause problems for Air Force systems, for our communications systems, our satellite operations -- all those systems that we rely upon to help fight our wars.”...

2016 Although listed as one of the most significant events of the last 80 years, the space weather storm of late May 1967 has been of mostly fading academic interest. The storm made its initial mark with a colossal solar radio burst causing radio interference at frequencies between 0.01 and 9.0 GHz and near-simultaneous disruptions of dayside radio communication by intense fluxes of ionizing solar X-rays. Aspects of military control and communication were immediately challenged. Within hours a solar energetic particle event disrupted high-frequency communication in the polar cap. Subsequently, record-setting geomagnetic and ionospheric storms compounded the disruptions. We explain how the May 1967 storm was nearly one with ultimate societal impact, were it not for the nascent efforts of the United States Air Force in expanding its terrestrial weather monitoring-analysis-warning-prediction efforts into the realm of space weather forecasting. An important and long-lasting outcome of this storm was more formal Department of Defense-support for current-day space weather forecasting. This story develops during the rapid rise of solar cycle 20 and the intense Cold War in the latter half of the twentieth century. We detail the events of late May 1967 in the intersecting categories of solar-terrestrial interactions and the political-military backdrop of the Cold War. This was one of the “Great Storms” of the twentieth century, despite the apparent lack of large geomagnetically induced currents. Radio disruptions like those discussed here warrant the attention of today's radio-reliant, cellular-phone and satellite-navigation enabled world.

The Origin of “Space Weather”

2015 Although “space weather” is a fairly recent term, there is a rich history of similar terms being used beginning in the middle to late 1800s. “Solar meteorology,” “magnetic weather,” and “cosmic meteorology” all appeared during that time frame. The actual first appearance of space weather can be attributed to the publication Science News Letter in 1957 (with the first modern usage in 1959) and was possibly coined by the editor at the time, Watson Davis.

2013 It is fairly well understood that space weather’s first impact on human technology was on telegraph systems [Barlow, 1849]. But when did this first occur? The global impacts from the August–September 1859 geomagnetic storms are certainly well documented, and even earlier storms (e.g., March and September 1847, September 1851) caused problems regionally in Great Britain and elsewhere for this new technology [Prescott, 1860]. While 1847 is generally recognized as the year of the first space weather impact on the telegraph [Prescott, 1860; Boteler et al., 1998; Siscoe, 2007], it appears that even at earlier times, during the first commercial uses of the telegraph, problems were experienced.

2013 In the middle of the eighteenth century, little was known about the nature of space weather. The aurora had been observed for centuries, but its nature and cause remained enigmatic. On the other hand, the discovery of magnetic disturbances (which at the time referred to erratic compass needle deflections) was relatively new, and no one knew what to make of this unusual phenome- non. However, a few pioneering scientists made significant strides in understanding the connections between the aurora and magnetic measurements, and their new scien- tific insights enabled the first space weather prediction to be made. Although a curiosity back then, today predictions of space weather phenomena are critically important as ever more engineered systems that can be affected by space weather processes are employed for commerce, science, exploration, and national security purposes. To truly understand and appreciate this first prediction, it is useful to look at the circumstances that allowed it to happen.

Exploiting the High Ground: The U. S. Air Force and the Space Environment

The Limitless Sky: Air Force Science and Technology Contributions to the Nation

A Wavelet Analysis of Storm-Substorm Relationships

1995 From a study of the 21 largest geomagnetic storms during solar cycle 21, a strong correlation is established between the ring current index Dst and the time-weighted accumulation of the 1-hour auroral electrojet indices, AE and AL. The time-weighted accumulation corresponds to convolution of the auroral electrojet indices with an exponential weighting function with an e-folding time of 9.4 hours. The weighted indices AEw and ALw have correlation coefficients against Dst ranging between 0.8 and 0.95 for 20 of the 21 storms. Correlation over the entire solar cycle 21 database is also strong but not as strong as for an individual storm. A set of simple Dst prediction functions provide a first approximation of the inferred dependence, but the specific functional relationship of Dst (AEw) or Dst (ALw) varies from one storm to the next in a systematic way. This variation reveals a missing parametric dependence in the transfer function. However, our results indicate that auroral electrojet indices are potentially useful for predicting storm time enhancements of ring current intensity with a few hours lead time.