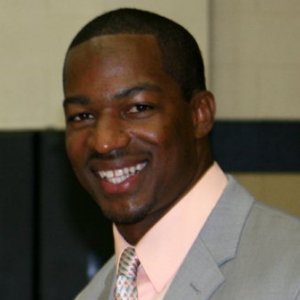 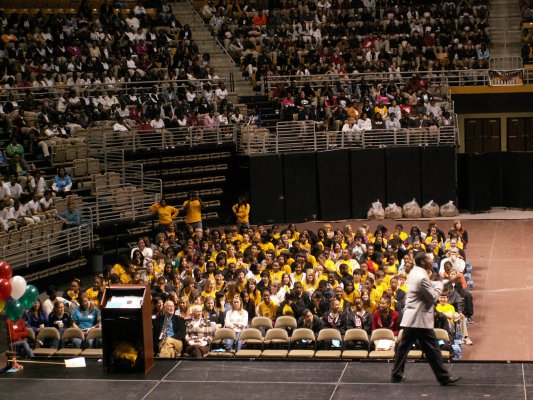 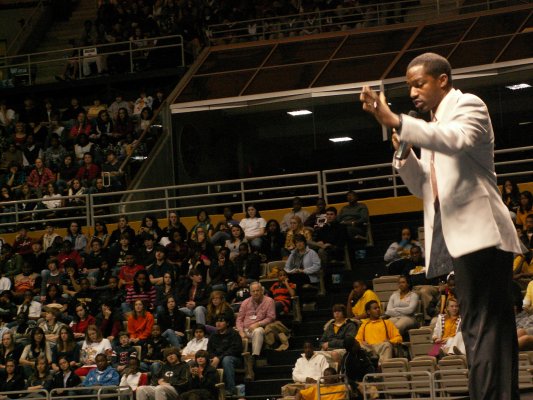 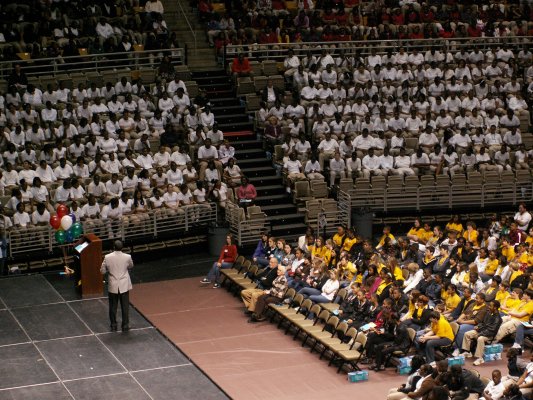 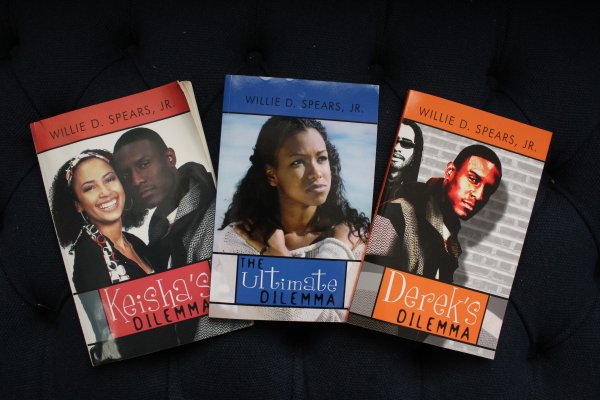 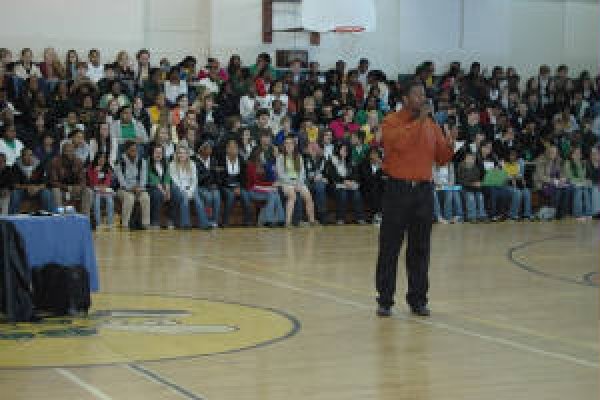 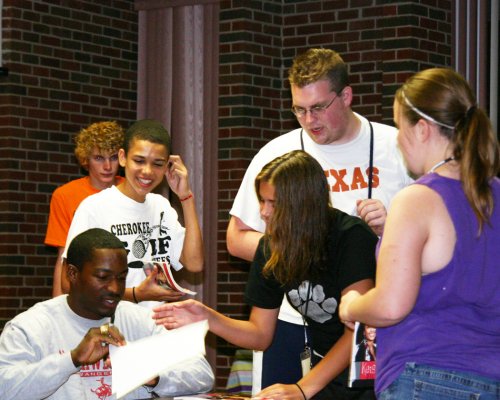 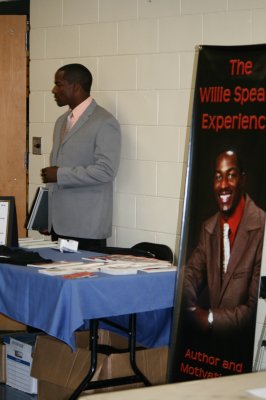 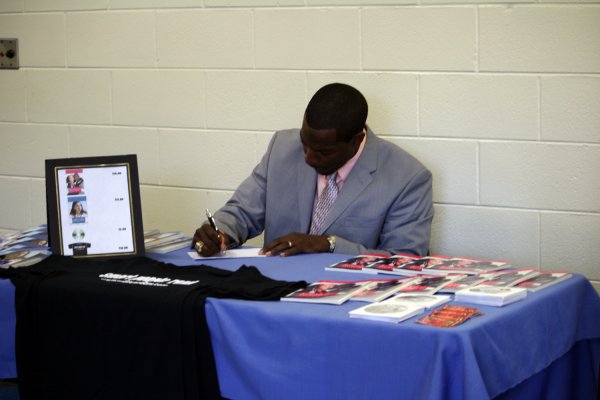 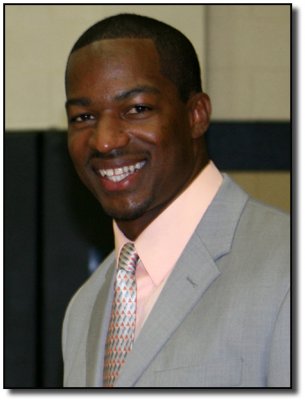 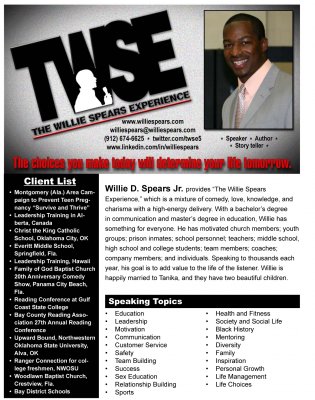 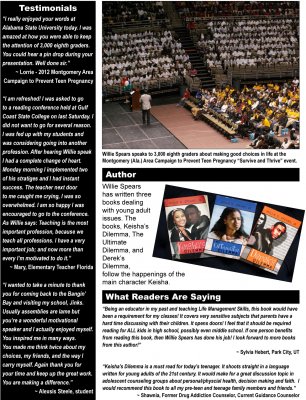 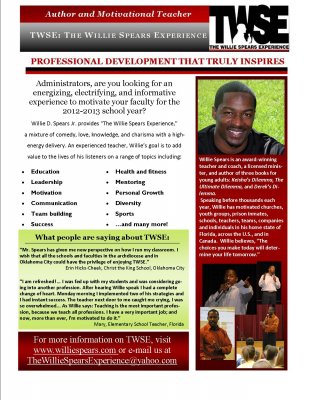 Willie Spears is a communicator, and he uses his special skills every day in every aspect of his life. He is a football coach, an author, a teacher, a licensed minister, and a motivational speaker. As a motivational speaker, Spears has spoken to thousands of students and adults about Life Management and Life Choices. His talks are a mixture of comedy, love, knowledge and charisma, delivered with high energy.

Spears currently is the head football coach at Escambia High School in Pensacola, Fla., where he is a finalist for Teacher of the year.

Spears also was the head football coach at Suwannee High School in Live Oak, Fla., and prior to that, he was the head football coach and athletic director at Jefferson Middle High School in Monticello, Fla., where he was named Coach of the Year by four organizations, including the Florida Athletic Coaches Association, Big Bend/Tallahassee Democrat, Fellowship of Christian Athletes and 4quartersonline.com.

Before that, he served as an Area Director for the FCA, and was the defensive backs coach in Kingsland, Ga., for the Camden County Wildcats.

In 2008, Willie was honored by Northwestern Oklahoma State University in Alva, OK, with the Alumni/ Foundation Outstanding Graduate Award in the area of Education.

While at Northwestern, Spears was very active on campus within the Mass Communications Department and was twice named the Best College Disc Jockey in the State of Oklahoma. He also was a member of the Northwestern Rangers Football team where he led the Rangers in receptions and was part of a 31-game win-streak, and an undefeated national championship season.

His athletic abilities and gift of communication led him to many opportunities following graduation. He played two seasons in an indoor professional football league, entertained for awhile as a comedian on a cruise ship and was a morning radio personality in his hometown of Panama City, Fla., as well as in Rochester, N.Y.

He now has used his communication, and writing skills, to author three books surrounding the life of the central character Keisha. The books are “Keisha’s Dilemma,” “Keisha’s Ultimate Dilemma” and “Derek’s Dilemma.”

Spears is married to Tanika, and they have have two children: Tayelor Grace and Kenneth David.

“Being an educator in my past and teaching Life Management Skills, this book would have been a requirement for my classes! It covers very sensitive subjects that parents have a hard time discussing with their children. It opens doors! I feel that it should be required reading for ALL kids in highschool, possibly even middle school. If one person benefits from reading this book, then Willie Spears has done his job! I look forward to more books from this author!"

“I really enjoyed your words at Alabama State University today. I was amazed at how you were able to keep the attention of 3,000 eighth graders. You could hear a pin drop during your presentation. Well done sir.”

“Keisha’s Dilemma is a must read for today’s teenager. It shoots straight in a language written for young adults of the 21st century. It would make for a great discussion topic in adolescent counseling groups about personal/ physciall health, decision making and faith. I would recommend this book to all my pre-teen and teenage family members and friends.”

“I am refreshed! I was asked to go to a reading conference held at Gulf Coast State College on last Saturday. I did not want to go for several reason. I was fed up with my students and was considering going into another profession. After hearing Willie speak I had a complete change of heart. Monday morning I implemented two of his stratiges and I had instant success. The teacher next door to me caught me crying, I was so overwhelmed. I am so happy I was encouraged to go to the conference. As Willie says: Teaching is the most important profession, because we teach all professions. I have a very important job; and now more than every I’m motivated to do it.”

“I wanted to take a minute to thank you for coming back to the Bangin’ Bay and visiting my school, Jinks. Usually assemblies are lame but you’re a wonderful motivational speaker and I actually enjoyed myself. You inspired me in many ways. You made me think twice about my choices, my friends, and the way I carry myself. Again thank you for your time and keep up the great work. You are making a difference.”

Willie has a tremendous gift of speaking.

Willie's motivational words have stuck with me since he spoke to our Upward Bound program in High School. He is excellent at inspiration and motivation and has been a great influence on me even into my college years.

Thank you for coming to Navajo Prep Football Camp. Your speech really inspired me to be a new man and new person. Thank you very much for teaching me what it takes to be a leader. I can’t wait to see you again next year.

This was the absolute best staff development training we've ever had. It was entertaining and most informative.

"We as educators are always working hard to get the students excited about a new school year, but who is getting the teachers excited? We brought the Willie Spears Experience to our back-to-school orientation for staff and it did wonders. The faculty and staff are soaring like Eagles! We are living up to our mascot! Thank you Willie for doing an awesome job in motivating our staff!"