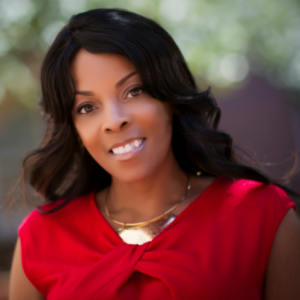 
Expert on the role of racism and gender norms in African American male health and healthcare inequities.

Wizdom Powell is director of the Health Disparities Institute and associate professor of Psychiatry at UConn Health. As president-elect to the American Psychological Association's Society for the Study of Men & Masculinities, she is the first African American woman to hold the position.

In 2011-2012, she was appointed by President Obama to serve as a White House Fellow to Secretary of Defense Leon Panetta. In this role she provided subject matter expertise on Military Mental Health (e.g., PTSD, Suicide, and Military Sexual Trauma).

Powell's community-based research focuses on of the role of modern racism and gender norms on African American male health outcomes and healthcare inequities. 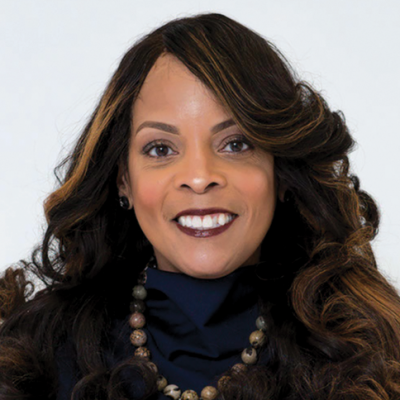 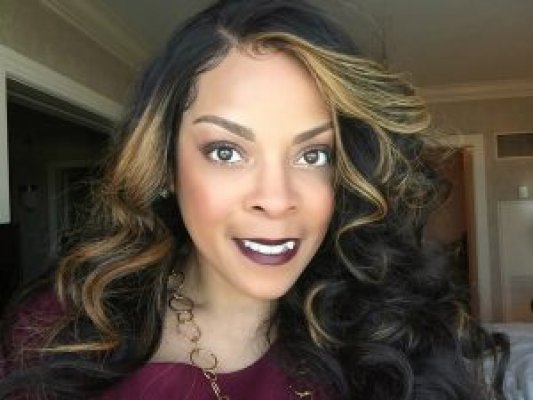 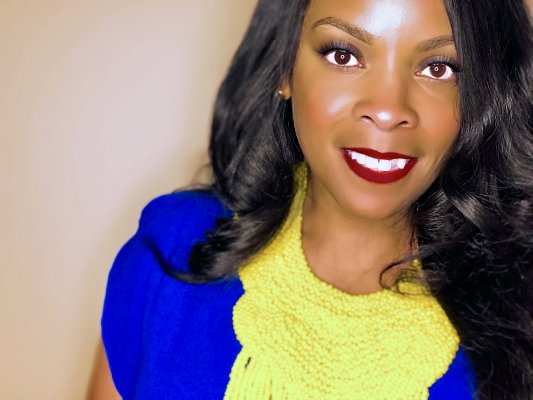 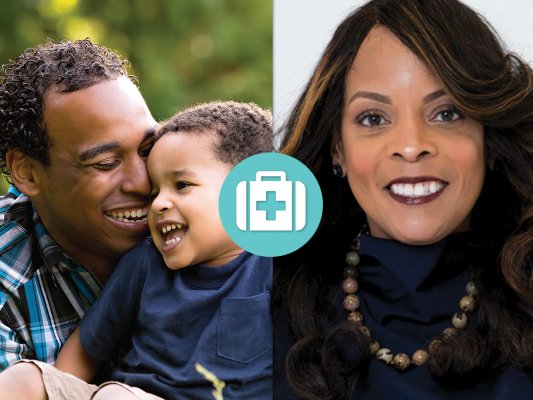 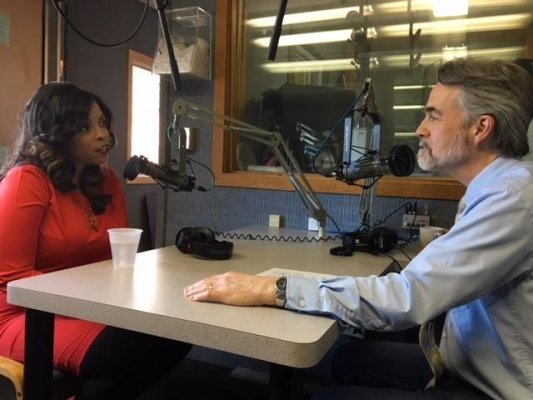 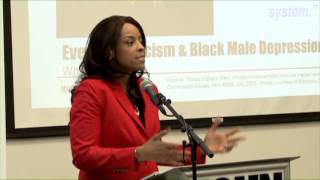 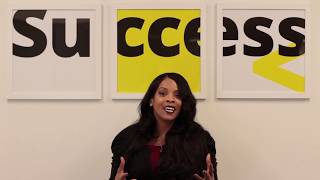 The winding path federal money takes as it makes its way to states and cities also could exacerbate the stark economic and health inequalities in the U.S. if equity isn’t considered in decision-making, said Wizdom Powell, director of the University of Connecticut Health Disparities Institute. “Problems are so vast you could unintentionally further entrench inequities just by how you distribute funds,” Powell said.

But absent from their agenda are broader health equity proposals that have resurfaced amid the coronavirus pandemic and protests in the wake of George Floyd’s death. Advocates say state leaders are missing a crucial opportunity to address health reforms that have long been needed. “We’re at a critical precipice,” said Wizdom Powell, director of the Health Disparities Institute at UConn Health.“There’s a window opening for bold reforms. These moments don’t come that often for us as a nation or state, and I would hope that we would capitalize on them to make the necessary structural changes that would truly advance health equity.”

But Wizdom Powell, director of the Health Disparities Institute at UConn Health, warns that education, while important, isn’t enough. “Health education is critical and necessary to moving the needle on outcomes, but it is not the only lever we should be using,” Powell said. “If we don’t disrupt the cycles of structural disadvantage that give rise to disparities in the first place, we can’t educate our way out of this issue.”

Communities must work together to lessen disparities

The disproportionate impact on communities of color is not the result of biological underpinnings, behavioral failings or moral failings, said Dr. Wizdom Powell, director of the Health Disparities Institute at the University of Connecticut. “What is actually happening is that it is the conditions where racial and ethnic minorities find themselves living, working, playing, praying, getting their education and getting health care that puts them at higher risk,” she said. “These are longstanding, systemic issues.”

Race is not the reason Black Americans have a higher risk of dying from the coronavirus. It's racism.

Wizdom Powell, Director of the Health Disparities Institute at UConn Health, told Business Insider there are serious ramifications of this misunderstanding. "If you promote an idea that biology or genetics are solely driving a problem, and if that problem is located in the bodies of stigmatized or other populations, then, really, the empathy disappears. And when empathy disappears policies to address and bridge those disparities also disappear."

White Shame: How to Convert Guilt into Action

"At a deep subconscious level, America is ashamed, and shame operates in really weird and insidious ways, interpersonally and structurally," Wizdom Powell, a psychologist and professor at the University of Connecticut who studies population health disparities, tells Inverse. "America does not want to confront it collectively, because it's a mirror and it's hard to hold up that mirror and look at it," Powell says. "But if we don't, then we're going to continue to visit the same river twice."

Amid the protests and pandemic, a renewed call for health equity reform

As state officials consider reforms to curb and prevent police brutality, the protests that have flared up nationwide since the death of George Floyd and the inequities exposed by the COVID-19 pandemic have laid bare the need to also address structural racism in the public health system, advocates say. “As we’ve been watching the protests that have erupted across our country in response to the killing of George Floyd and others, we know now that even in the midst of the pandemic, structural racism and the racism that shows up as people navigate social space are still alive and well,” said Wizdom Powell, director of the Health Disparities Institute at UConn Health. “We’ve long been arguing for a systems change around health care access and insurance.”

Beyond protests: Five more ways to channel anger into action to fight racism

"There are so many ways young people can use their talent and gifts," says Gipson. On social media, we see examples of artists, from painters to jewelry makers, selling their wares and giving proceeds to an organization pushing for change. "I love that idea," says Wizdom Powell, a psychologist and associate professor who directs the Health Disparities Institute at the University of Connecticut. "The idea here is to leverage your gifts and leverage your privilege, because we all have some of that," Powell says.

Wizdom Powell, a psychology professor at the University of Connecticut who has studied population health disparities, puts it this way: "There is substantial evidence to suggest and to affirm that racism is a public health problem," Powell tells Inverse. Covid-19 and the deaths of George Floyd, Breonna Taylor, Ahmaud Arbery and others have brought this idea into the "mainstream understanding," Powell explains. But the idea that racism is a public health issue is not a new idea.

Your Anger is Healthy (Especially Right Now), According to a Psychologist

In the wake of the death of George Floyd, and in response to the deaths of many Black people killed under similar circumstances, anger is boiling over. Protests have erupted throughout the world, with some resulting in actions like looting and property destruction. Amid calls for a more peaceful response, clinical psychologist Wizdom Powell, PhD, explains that anger isn’t just healthy, it is a logical reaction to an unjust killing.

In some ways, the pandemic could be a turning point for communities like Northeast Hartford, if providers rise to the challenge of health equity in ways they haven’t always done for vulnerable people, said Wizdom Powell, director of the Health Disparities Institute at the University of Connecticut. There’s no better time to confront peoples’ reservations or concerns about health care than when they need it most, she said this week. “Mistrust is not immutable. We can do something about it," she said Thursday. "“The truth is, most folks are incredibly anxious about testing positive but we would rather know.”

As the COVID-19 outbreak continues to spread in Connecticut, advocates and experts warn that a lack of accurate data on how this pandemic is affecting already marginalized groups of people could have serious short-term consequences and far-reaching outcomes. “Without these data, we have no way to design the systems to respond, or to gauge how COVID-19 is affecting those who are most medically vulnerable, particularly people of color, and consequently no way to track progress,” said Wizdom Powell, director of the Health Disparities Institute at UConn Health.

Black Men Have Shorter Lives Than White Men. Here’s How We Can Change That.

Dr. Wizdom Powell, author of the report and chair of the APA committee studying health disparities in boys and men from underserved populations, told HuffPost that health disparities are often viewed to be rooted in individuals’ own failure to lead a healthy lifestyle. But her team’s analysis shows how multiple social factors compound and give rise to negative health outcomes for men of color, which they defined as non-Hispanic Blacks, Latinos, Asian Americans, Native Hawaiians/Pacific Islander and American Indian/Alaska Native.

That’s not necessarily unusual because men and boys often don’t interact with the mental health systems in this country. That’s what Dr. Wizdom Powell has found. Powell is a clinical psychologist and the director of the Health Disparities Institute at UConn Health. She recently sat down with Morning Edition Host Tom Kuser to discuss her work and why it's so difficult to reach males in need of mental healthcare and support.

Wizdom Powell, PhD, MPH, director of the Health Disparities Institute at University of Connecticut Health and associate professor of psychiatry, says that men, and particularly boys and men of color, are generally discouraged from seeking any kind of help at all — let alone help with mental health issues. "Men are socialized from a very early age to deny bodily signs and symptoms, to minimize psychological distress," she says. "If you believe that you’re supposed to be a certain kind of macho man, and you’re unable to consistently be that or reflect that in the world, then you have an inner conflict, and there’s a discrepancy between what the world wants and what you want to be. That creates a turmoil around help-seeking."

My wife had a baby, and I started thinking about suicide. A psychiatrist’s diagnosis surprised me.

Wizdom Powell has discussed the physiological consequences of “masculinity norms” that make it difficult for men to ask for or receive mental health care. But repressed issues can rebound at later times with greater severity. She suggests that men who rigidly adhere to such hardcore ideas of masculinity may suffer from higher rates of depression.

Black men with depression are being failed by mental health care

"We know that traditional role expectations are that men will restrict their emotions or 'take stress like a man,'" study author and assistant professor of health behavior at UNC's School of Public Health Wizdom Powell Hammond said in a statement. "However, the more tightly some men cling to these traditional role norms, the more likely they are to be depressed."

COVID-19 has claimed the lives of more than 900 people housed in state and federal prisons in the United States. The Marshall Project indicates that more than 100,000 people in carceral settings have received a diagnosis of COVID-19. However, epidemiologists (people who study the outbreaks of diseases) warn that data collection gaps and inconsistencies contribute to a gross underestimation of the impact that COVID-19 has on justice-involved individuals, especially those housed in our nation’s jails.

Although the continued spread of COVID-19 is inevitable, worsening structural inequities and health disparities in its aftermath are not. The global COVID-19 pandemic has laid bare striking deficiencies in our nation’s health care systems. As we develop statewide COVID-19 responses, we need to ask ourselves who is being left behind and how this pandemic might alter economic, health, and social outcomes down the road.

Decision makers are increasingly tasked with reducing health care costs, but the public may be mistrustful of these efforts. Public deliberation helps gather input on these types of issues by convening a group of diverse individuals to learn about and discuss values-based dilemmas.

Being There in Spirit, Fire, and Mind: Expressive Roles Among Nonresidential African American Fathers SAGE Journals

"Taking it like a man!": Masculine role norms as moderators of the racial discrimination-depressive symptoms association among African American men. American Journal of Public Health

I examined the association between everyday racial discrimination and depressive symptoms and explored the moderating role of 2 dimensions of masculine role norms, restrictive emotionality and self-reliance.

“It's The Skin You're In”: African-American Women Talk About Their Experiences of Racism. An Exploratory Study to Develop Measures of Racism for Birth Outcome Studies PMC