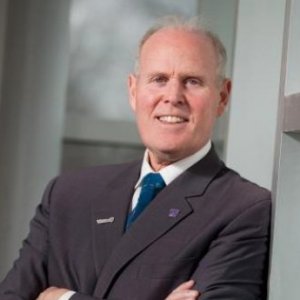 Professor | The University of Western Ontario

Dr. Jim Weese is an authority on leadership, a gifted speaker, and a community leader. He teaches and conducts research at one of Canada’s top universities, where he also excelled in senior leadership roles. He has also consulted with some of the most admired companies in the world.

He is heralded as a transformational academic leader whose research papers appear in the top journals in his field. He is a dynamic speaker who has delivered a number of scholarly and keynote addresses to national and international audiences, as well as to practitioners who find his content and delivery style to be highly relevant and scalable. He has served as a leadership consultant with both nonprofit organizations and multinational companies, and he specializes in delivering workshops to academic leaders.
Those who have been influenced by his writing or presentations or experienced his leadership firsthand understand the importance and utility of his Five C concept, credibility, compelling vision, charismatic communication, contagious enthusiasm, and culture building, to facilitating leadership success and survival. Weese places specific emphasis on the importance of team leadership and leading from an emotional intelligence perspective. Through his words and actions, he teaches others how to effectively engage colleagues so they feel valued, engaged, and respected. It is not lost on him that others are writing and speaking about the merits of a team approach to leadership. It has made sense to him throughout his thorough training and his distinguished career.

He has served in a number of senior leadership positions during his career, including serving as the president of the North American Society for Sport Management and president of the National Deans Councils for both Kinesiology (CCUPEKA) and Health Sciences Deans (CAHSD). He is currently a member of a number of volunteer boards, including the YMCA of Western Ontario and the Sunningdale Golf and Country Club.

Dr. Weese lives in London, Ontario, with his wife, Sherri; son, Zach; and daughter, Haylee. His passions include golf, hockey, guitar, and gardening.

Recognized bu the north american Society of Sports Medicine in 2015

The University of Western Ontario awarded in 2011 and 2013

The University of Windsor's - Lancer golf awarded in 2017