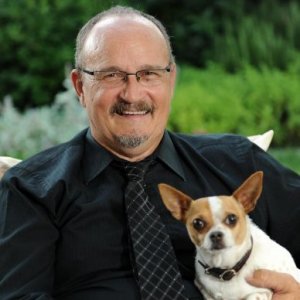 
Creativity Cannot Be Taught - It Can Only Be Developed!

Award-winning author W. Mark Dendy inherited his father's love and ability for telling a good story. Dendy was born and raised in the Mississippi delta where storytelling abounds like fish frys and coon hunts. His narratives bring both tears and laughter to the reader, and his descriptive telling ability transports the reader into the story. His love for God is evident in his writing where he brings scenes to life and fills them with colorful characters. His creativity is fueled by quad, grande, extra hot, non-fat, no whip, white mochas.

In addition to being a writer, Dendy is a marine biologist, a former adjunct professor of biology and physics, and a part-time Missionary Baptist preacher. He holds a B.S. in biological sciences, and an M.S. in life and chemical sciences.

Dendy loves the warm, sunny weather of San Jose del Cabo and is an avid scuba diver. When he's not spending time with his wife on a sunny, sandy beach or cruising in his boat, he enjoys reading and and spoiling his three Chihuahuas and two cats. His home is in Elk Grove, California where he spends many hours writing.

His memoir, The Cascade Effect, won the Best Biography/Autobiography Award at the 2010 Paris Book Festival.