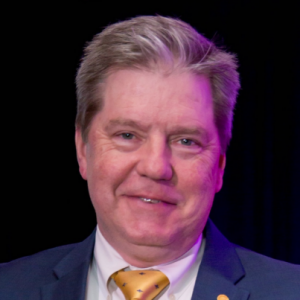 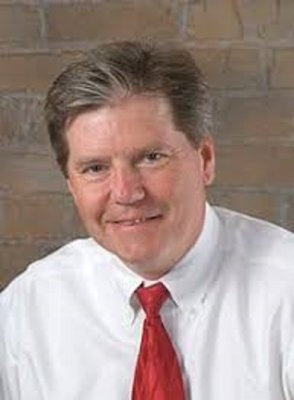 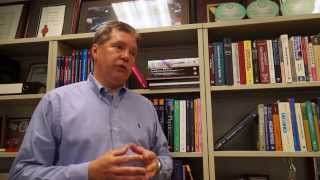 Wolfgang Bauer serves as Associate Vice President for Administrative Services at Michigan State University. He is also a professor in the Department of Physics and Astronomy at Michigan State University. He conducts his research mainly at the National Superconducting Cyclotron Laboratory, where he has a dual appointment. From 2001 to 2013 he also served as chair of the Department of Physics and Astronomy and from 2009 to 2013 as founding director of the Institute for Cyber-Enabled Research.

What can you do with a $765M nuclear research facility? Fight art forgery, for one thing

A pair of Michigan State University researchers — Wolfgang Bauer and Bradley Sherill — have proposed using equipment at the university's $765 million Facility for Rare Isotope Beams to embed isotopes below the surface of valuable works of art. Doing so in a specific pattern and density would allow for a unique signature an owner or gallery could check with a handheld isotope detector. And because these isotopes would decay at a predictable rate, the signatures could be useful for a century or longer, explained Bauer, a theoretical physicist ...

Wolfgang Bauer, senior consultant in the Office of the Executive Vice President for Administrative Services, and one of MSU’s project leaders, attended the ceremony in Austin, Texas, on February 27 to receive the award on MSU’s behalf.

As part of its ambitious Energy Transition Plan towards 100% renewable power Michigan State University (MSU) built an anaerobic digester facility in 2013. Annually it consumes approximately 22,000 metric tons of organic waste, predominantly food waste from the MSU cafeteria system and animal excrements from the MSU farms, and turns them into biogas and digestate. The digestate is a high quality organic fertilizer and replaces chemically produced fertilizers for MSU’s farm fields, which saves money at the same time that it conserves valuable resources. The biogas is combusted in high efficiency reciprocating engines and produces a constant electric power of 300–500 kW. The digester facility also serves as a living classroom for a wide variety of student groups: it hosts thesis projects for graduate students and senior undergraduate students in bio-systems engineering and other engineering and agriculture disciplines, it serves as a laboratory for regularly scheduled undergraduate classes, and it is a popular destination for K-12 school field trips. Thus the MSU anaerobic digester facility serves the entire sustainability education and outreach spectrum, in addition to its sustainability scholarship, research, and practical application purposes.

We present a study of single-mode Rayleigh-Taylor instabilities with a modified direct simulation Monte Carlo (MDSMC) code in two dimensions. The MDSMC code is aimed to capture the dynamics of matter for a large range of Knudsen numbers within one approach. Our method combines the traditional Monte Carlo technique to efficiently propagate particles and the point-of-closest-approach method for high spatial resolution. Simulations are performed using different particle mean free paths and we compare the results to linear theory predictions for the growth rate including diffusion and viscosity. We find good agreement between theoretical predictions and simulations and, at late times, observe the development of secondary instabilities, similar to hydrodynamic simulations and experiments. Large mean free paths favor particle diffusion, reduce the occurrence of secondary instabilities, and approach the noninteracting gas limit.

We report on an ongoing project to develop a large scale Direct Simulation Monte Carlo code. The code is primarily aimed towards applications in astrophysics such as simulations of core-collapse supernovae. It has been tested on shock wave phenomena in the continuum limit and for matter out of equilibrium. In the current work we focus on the study of fluid instabilities. Like shock waves these are routinely used as test-cases for hydrodynamic codes and are discussed to play an important role in the explosion mechanism of core-collapse supernovae. As a first test we study the evolution of a single-mode Rayleigh-Taylor instability at the interface of a light and a heavy fluid in the presence of a gravitational acceleration. To suppress small-wavelength instabilities caused by the irregularity in the separation layer we use a large particle mean free path. The latter leads to the development of a diffusion layer as particles propagate from one fluid into the other. For small amplitudes, when the instability is in the linear regime, we compare its position and shape to the analytic prediction. Despite the broadening of the fluid interface we see a good agreement with the analytic solution. At later times we observe the development of a mushroom like shape caused by secondary Kelvin-Helmholtz instabilities as seen in hydrodynamic simulations and consistent with experimental observations.

Want to Reduce Guessing and Cheating While Making Students Happier? Give More Exams!

It is almost universally agreed that more frequent formative assessment (homework, clicker questions, practice tests, etc.) leads to better student performance and generally better course evaluations.1 There is, however, only anecdotal evidence that the same would be true for more frequent summative assessment (exams). There maybe many arguments against giving more exams, including the general “pain” associated with examinations, as well as reduced teaching time, since classroom sessions are dedicated to exams rather than lecturing. We present evidence that increasing the number of exams in fact does lead to better learning success, less cheating and guessing on homework, and better student course evaluations.

We report on the development of a test-particle based kinetic Monte Carlo code for large systems and its application to simulate matter in the continuum regime. Our code combines advantages of the Direct Simulation Monte Carlo and the Point-of-Closest-Approach methods to solve the collision integral of the Boltzmann equation. With that, we achieve a high spatial accuracy in simulations while maintaining computational feasibility when applying a large number of test-particles. The hybrid setup of our approach allows us to study systems which move in and out of the hydrodynamic regime, with low and high particle densities. To demonstrate our code's ability to reproduce hydrodynamic behavior we perform shock wave simulations and focus here on the Sedov blast wave test. The blast wave problem describes the evolution of a spherical expanding shock front and is an important verification problem for codes which are applied in astrophysical simulation, especially for approaches which aim to study core-collapse supernovae.