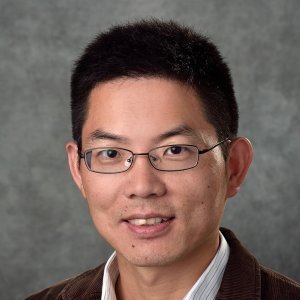 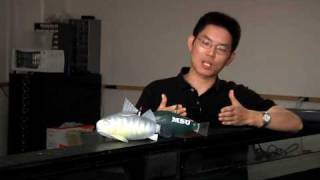 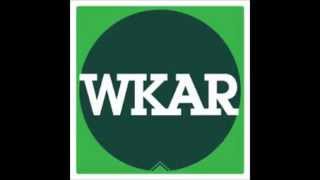 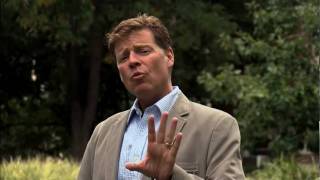 Awarded by the National Science Foundation

To Track Down Bloodsucking Lampreys, This Robot Swims Like a Fish

GRACE is the brainchild of Dr. Xiaobo Tan of Michigan State University, and he's thinking seriously about developing a powerful, multi-user platform. "We're not just trying to publish a paper," said Dr. Tan, "we want to make something really functional." GRACE's tracking system is built on a standardized acoustic monitoring protocol that is used throughout the Great Lakes, as well as many other marine and freshwater systems to track everything from salmon to bull sharks...

The mechanical maritime creatures are the brainchild of Dr. Xiaobo Tan and his team at Michigan State. They came up with the idea while looking into an affordable, efficient drone system that could monitor the Great Lakes and surrounding waterways. “When you think about Michigan, you think about the beauty and fun of the Great Lakes,” said Tan, a professor of electrical and computer engineering at Michigan State. “But it is a big, unknown world, full of risk factors such as invasive species.” The robotic fish are equipped with tracking software, allowing them to home in on their radio-tagged, flesh-and-blood brethren. And they can work in tandem to increase effectiveness...

Xiaobo Tan, a professor in Michigan State University’s Department of Computer Science and Engineering, is working with Guoliang Xing, also from the Department of Electrical and Computer Engineering; Charles Krueger, Department of Fisheries and Wildlife and Center for Systems Integration and Sustainability; Chris Holbrook, Research Ecologist; and Darryl Hondorp, Supervisory Fishery Biologist, Great Lakes Science Center on this long-term project. Their goal is to not only track live fish but also to detect both toxins and invasive species in lakes and rivers. The technology also allows for the testing of water quality. According to Tan, “The robots can carry different sensors depending on its specific mission. We’re able to control the robot to dive, swim, go to particular spots, collect data and send the data back to us.” He continues, “We’d been working on tracking fish in the Great Lakes with stationary equipment. In our discussions, we talked about the possibility of using technology that would allow us to create equipment that could move through the water, not just stay in one place. These discussions led to the creation of prototypes, and we are continuing to work on designing, developing and using ever more sophisticated models.”...

“Think about the GPS in your smartphone, which tracks your movement,” said Xiaobo Tan, an associate professor of electrical and computer engineering who is heading up the project. “Basically the robots will form an equivalent of a GPS satellite network underwater, to localize and follow tagged fish in their vicinity.” The ultimate goal is to track the movements of the fish, including lake trout, walleye and lake sturgeon, to identify important habitats, understand why they move from one place to another, and how they are being affected by invasive species such as sea lampreys. “The ability to track fish from mobile platforms like the robotic fish will be a huge leap forward for fishery research and assessment — not just in the Great Lakes, but around the world,” said Chris Holbrook, the USGS collaborator...

“Fish behave in ways that underwater vehicles can’t yet equal,” explained Michigan State University electrical engineer Xiaobo Tan. Fish can swim in synchronized perfection. They can also take sharp turns and change directions instantaneously, darting in a fraction of the time a submarine can...

2017 An artificial lateral line (ALL) system consists of a set of flow sensors around a fish-like body. An ALL system aims to identify surrounding moving objects, a common example of which is a vibrating sphere, called a dipole. Accurate identification of a vibrating dipole is a challenging task because of the presence of different types of uncertainty in measurements or in the underlying flow model. Proper selection of design parameters of the ALL system, including the shape, size, number and location of the sensors, can highly influence the identification accuracy. This study aims to find such an optimum design by developing a specialized bi-level optimization methodology. It identifies and simulates different sources of uncertainty in the problem formulation. A parametric fitness function addresses computational and practical goals and encompasses the effect of different sources of uncertainty. It can also analyse the trade-off between localization accuracy and the number of sensors. Comparison of the results for different extents of uncertainty reveals that the optimized design strongly depends on the amount of uncertainty as well as the number of sensors. Consequently, these factors must be considered in the design of an ALL system. Another highlight of the proposed bi-level optimization methodolo

2010 In this paper, a physics-based model is proposed for a biomimetic robotic fish propelled by an ionic polymer-metal composite (IPMC) actuator. Inspired by the biological fin structure, a passive plastic fin is further attached to the IPMC beam. The model incorporates both IPMC actuation dynamics and the hydrodynamics, and predicts the steady-state cruising speed of the robot under a given periodic actuation voltage. The interactions between the plastic fin and the IPMC actuator are also captured in the model. Experimental results have shown that the proposed model is able to predict the motion of robotic fish for different tail dimensions. Since most of the model parameters are expressed in terms of fundamental physical properties and geometric dimensions, the model is expected to be instrumental in optimal design of the robotic fish.

2008 Ionic polymer-metal composite (IPMC) actuators have promising applications in biomimetic robotics, biomedical devices, and micro/nanomanipulation. In this paper, a physics- based model is developed for IPMC actuators, which is amenable to model reduction and control design. The model is represented as an infinite-dimensional transfer function relating the bending displacement to the applied voltage. It is obtained by exactly solving the governing partial differential equation in the Laplace domain for the actuation dynamics, where the effect of the distributed surface resistance is incorporated. The model is expressed in terms of fundamental material parameters and actuator dimensions, and is thus, geometrically scalable. To illustrate the utility of the model in controller design, an Hinfin controller is designed based on the reduced model and applied to tracking control. Experimental results are presented to validate the proposed model and its effectiveness in real-time control design.

2005 Hysteresis poses a challenge for control of smart actuators. A fundamental approach to hysteresis control is inverse compensation. For practical implementation, it is desirable for the input function generated via inversion to have regularity properties stronger than continuity. In this paper, we consider the problem of constructing right inverses for the Preisach model for hysteresis. Under mild conditions on the density function, we show the existence and weak-star continuity of the right-inverse, when the Preisach operator is considered to act on Holder continuous functions. Next, we introduce the concept of regularization to study the properties of approximate inverse schemes for the Preisach operator. Then, we present the fixed point and closest-match algorithms for approximately inverting the Preisach operator. The convergence and continuity properties of these two numerical schemes are studied. Finally, we present the results of an open-loop trajectory tracking experiment for a magnetostrictive actuator.

Modeling and control of hysteresis in magnetostrictive actuators

2004 A novel dynamic model is proposed for the hysteresis in magnetostrictive actuators by coupling a Preisach operator to an ordinary differential equation, and a parameter identification method is described. An efficient inversion algorithm for a class of Preisach operators with piecewise uniform density functions is then introduced, based upon which an inverse control scheme for the dynamic hysteresis model is presented. Finally the inversion error is quantified and l1 control theory is applied to improve the robustness of inverse compensation. Simulation and experimental results based on a Terfenol-D actuator are provided.