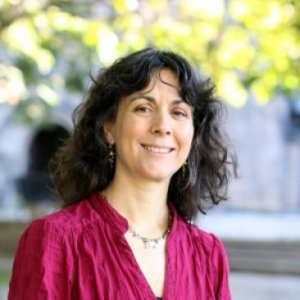 2015 A key result in equivariant symplectic geometry is Delzant's classification of compact connected symplectic toric manifolds. The moment map induces an embedding of the quotient of the manifold by the torus action into the dual of the Lie algebra of the torus; its image is a unimodular ("Delzant") polytope; this gives a bijection between unimodular polytopes and isomorphism classes of compact connected symplectic toric manifolds.

Mathematical Reports of the Academy of Science

2015 Given a symplectic manifold, we ask in how many different ways can a torus act on it. Classification theorems in equivariant symplectic geometry can sometimes tell that two Hamiltonian torus actions are inequivalent, but often they do not tell whether the underlying symplectic manifolds are (non-equivariantly) symplectomorphic.

2014 We construct all possible Hamiltonian torus actions for which all the non-empty reduced spaces are two dimensional (and not single points) and the manifold is connected and compact, or, more generally, the moment map is proper as a map to a convex set.