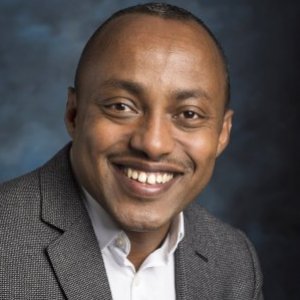 Professor Yamlaksira Getachew received his Ph.D. in Business Administration from Ivey Business School, Canada. He has over eight years of experience teaching management courses in business schools in Ethiopia and Canada. His research examines issues at the intersection of international business, institutions, and social welfare. One major strand seeks to advance a better understanding of multinational business in such locations as Africa. His articles and essays have appeared in Global Strategy Journal, Journal of International Business Education, and Academy of International Business Newsletter. Professor Getachew has been actively involved since 2012 in the 39 Country Initiative - an initiative with a major goal of contributing toward poverty reduction by helping improve business education in the world's thirty - nine least developed countries, of which thirty - two are in Africa.

Institutional Voids and Their Implications for MNE Strategy and Performance

Won for dissertation titled “Institutional Voids, Investment Purposes, and Foreign Subsidiaries of Multinational Enterprises.” The Gunnar Hedlund Award is considered the most prestigious award for doctoral dissertations in the field of international business.

The Collective-Relational Approach to Political Connection: A Case for Political Rent?

Drawing on the modified one-tier bargaining model characterizing Chinese inward FDI to developing countries, we advance a theory of political connections and their implications on MNE competitive advantage in developing countries. We develop a typology of political connections based on the approach to political action (transactional and relational) and the level of participation (individual and collective). We argue that the collective-relational approach to political connections makes for superior competitive advantage, as the collective aspect facilitates access to and mobilization of resources and the relational aspect helps build favourable legitimacy. Our theoretical arguments integrate perspectives from the resource-based view and institutional theory and provide explanation to the rising prominence of Chinese MNEs in the developing world.

Foreign Subsidiary Exit from Africa: The Effects of Investment Purpose Diversity and Orientation

This study examines how the decision to enter African markets relates to the exit probability of MNE subsidiaries. Using a longitudinal, paired‐sample design of Japanese foreign subsidiaries operating in Africa and OECD countries, we find that entry to Africa increases the hazard rate of subsidiaries, but that subsidiaries entering with more diverse investment purposes and greater market‐seeking orientation have a better survival likelihood. Consistent with the institutional‐based theory of corporate diversification, our findings introduce purpose diversity and market‐seeking orientation as potential mechanisms to mitigate the hazards of institutional voids/instability. Also, by looking at the phenomenon of within‐subsidiary diversity (of purposes) and its interaction with institutional conditions, we advance the notion of subsidiary scope and its implications.

Ethiopian Airlines plans to expand its African market base to become a leading airline in the continent. As part of the airline’s multi-hub strategy, the vice-president of alliances and corporate strategy and his team must identify a suitable hub location and decide on the appropriate mode and level of ownership. Success in the first hub is essential as it will both validate the viability of the multi-hub strategy and set the tone for the establishment of subsequent hubs throughout the continent. The vice-president and his team need to resolve three issues: location of the first hub, entry mode and ownership level.