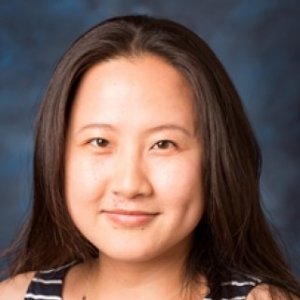 University of Science and Technology of China: B.Sc., Mathmatics and Applied Mathematics 2006

MATH 122 Calculus I for Life Science

MATH 360 Introduction to Probability and Statistics

Our research focused on the polymorphonuclear neutrophils (PMNs) tethering to the vascular endothelial cells (EC) and the subsequent melanoma cell emboli formation in a shear flow, an important process of tumor cell extravasation from the circulation during metastasis. We applied population balance model based on Smoluchowski coagulation equation to study the heterotypic aggregation between PMNs and melanoma cells in the near-wall region of an in vitro parallel-plate flow chamber, which simulates in vivo cell-substrate adhesion from the vasculatures by combining mathematical modeling and numerical simulations with experimental observations. To the best of our knowledge, a multiscale near-wall aggregation model was developed, for the first time, which incorporated the effects of both cell deformation and general ratios of heterotypic cells on the cell aggregation process. Quantitative agreement was found between numerical predictions and in vitro experiments. ...

Cancer has been one of the leading causes of death around the world for decades. Metastasis, the spread of the tumor cells from the primary site to other locations in the body via the lymphatic system or through the bloodstream, is responsible for most of the cancer deaths. Massive experimental studies have been done in these areas. The work of this thesis brings together the experimental, numerical, and mathematical studies on the step of polymorphonuclear neutrophils (PMNs) tethering to the vascular endothelial cells (EC), and the subsequent melanoma cell emboli formation in a nonlinear shear flow, both of which are important in tumor cell extravasations from the circulation during metastasis.

Applications of Dynamical Systems in Biology and Medicine, The IMA Volumes in Mathematics and its Applications 158

The formation of a thrombus (commonly referred to as a blood clot) can potentially pose a severe health risk to an individual, particularly when a thrombus is large enough to impede blood flow. If an individual is considered to be at risk for forming a thrombus, he/she may be prophylactically treated with anticoagulant medication such as warfarin. When an individual is treated with warfarin, a blood test that measures clotting times must be performed. The test yields a number known as the International Normalized Ratio (INR). The INR test must be performed on an individual on a regular basis (e.g., monthly) to ensure that warfarin’s anticoagulation action is targeted appropriately. In this work, we explore the conditions under which an injury-induced thrombus may form in vivo even when the in vitro test shows the appropriate level of anticoagulation action by warfarin. We extend previous models to describe the in vitro clotting time test, as well as thrombus formation in vivo with warfarin treatments. We present numerical simulations that compare scenarios in which warfarin doses and flow rates are modified within biological ranges. Our results indicate that traditional INR measurements may not accurately reflect in vivo clotting times.

In this paper, we propose a stochastic model for the microbial fermentation process under the framework of white noise analysis, where Gaussian white noises are used to model the environmental noises and the specific growth rate is driven by Gaussian white noises. In order to keep the regularity of the terminal time, the adjustment factors are added in the volatility coefficients of the stochastic model. Then we prove some fundamental properties of the stochastic model: the regularity of the terminal time, the existence and uniqueness of a solution and the continuous dependence of the solution on the initial values.

Generalized local and nonlocal master equations for some stochastic processes

In this paper, we present a study on generalized local and nonlocal equations for some stochastic processes. By considering the net flux change in a region determined by the transition probability, we derive the master equation to describe the evolution of the probability density function. Some examples, such as classical Fokker–Planck equations, models for Lévy process, and stochastic coagulation equations, are provided as illustrations. A particular application is a consistent derivation of coupled dynamical systems for spatially inhomogeneous stochastic coagulation processes.

This paper considers the microbial batch culture for producing 1,3-propanediol(1,3-PD) via glycerol disproportionation. Due to the nature of the fractional order operations, a novel fractional order model, which is based upon the original ordinary differential dynamic system, is introduced to describe the complex bioprocess in a more accurate manner. Existence and uniqueness of solutions to the novel fractional order system and the continuity of solutions with respect to the parameters are discussed respectively. In addition, a parameter identification problem of the system is presented, and a particle swarm optimization algorithm is constructed to solve it. Finally, the conclusion is drawn by numerical simulations.

Journal of industrial and management optimization

We study an optimal investment and dividend problem of an insurer, where the aggregate insurance claims process is modeled by a pure jump Lévy process. We allow the management of the dividend payment policy and the investment of surplus in a continuous-time financial market, which is composed of a risk free asset and a risky asset. The information available to the insurer is partial information. We generalize this problem as a partial information regular-singular stochastic control problem, where the control variable consists of regular control and singular control. Then maximum principles are established to give sufficient and necessary optimality conditions for the solutions of the regular-singular control problem. Finally we apply the maximum principles to solve the investment and dividend problem of an insurer.

In this paper, we consider a multistage feedback control strategy for the production of 1, 3-propanediol(1, 3-PD) in microbial fermentation. The feedback control strategy is widely used in industry, and to the best of our knowledge, this is the first time it is applied to 1, 3-PD. The feedback control law is assumed to be linear of the concentrations of biomass and glycerol, and the coefficients in the controller are continuous. A multistage feedback control law is obtained by using the control parameterization method on the coefficient functions. Then, the optimal control problem can be transformed into an optimal parameter selection problem. The time horizon is partitioned adaptively. The corresponding gradients are derived, and finally, our numerical results indicate that the strategy is flexible and efficient.

We construct a new phase-field model for the solvation of charged molecules with a variational implicit solvent. Our phase-field free-energy functional includes the surface energy, solute-solvent van der Waals dispersion energy, and electrostatic interaction energy that is described by the Coulomb-field approximation, all coupled together self-consistently through a phase field. By introducing a new phase-field term in the description of the solute-solvent van der Waals and electrostatic interactions, we can keep the phase-field values closer to those describing the solute and solvent regions, respectively, making it more accurate in the free-energy estimate. We first prove that our phase-field functionals Γ-converge to the corresponding sharp-interface limit. We then develop and implement an efficient and stable numerical method to solve the resulting gradient-flow equation to obtain equilibrium conformations and their associated free energies of the underlying charged molecular system. Our numerical method combines a linear splitting scheme, spectral discretization, and exponential time differencing Runge-Kutta approximations. Applications to the solvation of single ions and a two-plate system demonstrate that our new phase-field implementation improves the previous ones by achieving the localization of the system forces near the solute-solvent interface and maintaining more robustly the desirable hyperbolic tangent profile for even larger interfacial width. This work provides a scheme to resolve the possible unphysical feature of negative values in the phase-field function found in the previous phase-field modeling (cf. H. Sun, et al. J. Chem. Phys., 2015) of charged molecules with the Poisson–Boltzmann equation for the electrostatic interaction.

The Bookshelf: Infinite Powers: How Calculus Reveals the Secrets of the Universe