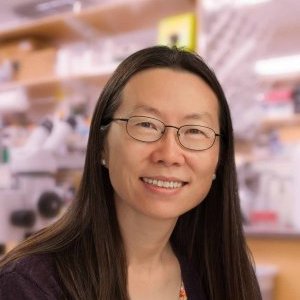 
Yishi Jin's work assists to understand the molecular genetic mechanisms underlying the development and function of the nervous system. 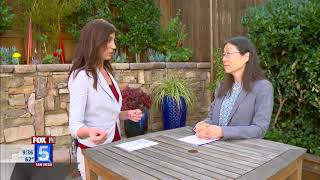 Jin performed her Ph.D. research at the University of California, Berkeley, on Drosophila embryonic pattern formation. She then completed her postdoctoral training at Massachusetts Institute of Technology. She began her assistant professor position at the University of California, Santa Cruz and is now a full professor of Neurobiology at UC San Diego. She was an investigator of the Howard Hughes Medical Institute from 2001 to 2017. The work in her lab has focused on understanding the molecular mechanisms controlling synapse formation and axon regeneration in Caenorhabditis elegans. In particular, they identified multiple roles of the DLK-1 MAP kinase cascade and became interested in the signaling network activated in response to neuronal stress.

“This came as a total surprise,” said Jin, Chair of the Section of Neurobiology, Division of Biological Sciences, and a member of the Department of Cellular and Molecular Medicine in UC San Diego’s School of Medicine. “piRNA wasn’t anywhere on our radar, but now we are convinced that it is a new pathway that functions in neurons and, with some work, could offer therapeutic targets for helping neurons do better against injury.”

Yishi Jin, professor and chair of the Section of Neurobiology in the Division of Biological Sciences at UCSD, was awarded the inaugural chair in large part due to her work focusing on molecular genetic mechanisms underlying the development of the nervous system and regeneration of wounded nervous systems. “I am honored by this award and particularly grateful for the recognition of my work on the fundamental understanding of the genetic basis of cellular response to traumatic injury,” Jin said. “This endowed fund will give us freedom to test high-risk and high-reward ideas.”...

2009 Growth cone guidance and synaptic plasticity involve dynamic local changes in proteins at axons and dendrites. The Dual-Leucine zipper Kinase MAPKKK (DLK) has been previously implicated in synaptogenesis and axon outgrowth in C. elegans and other animals. Here we show that in C. elegans DLK-1 regulates not only proper synapse formation and axon morphology but also axon regeneration by influencing mRNA stability. DLK-1 kinase signals via a MAPKAP kinase, MAK-2, to stabilize the mRNA encoding CEBP-1, a bZip protein related to CCAAT/enhancer-binding proteins, via its 3'UTR. Inappropriate upregulation of cebp-1 in adult neurons disrupts synapses and axon morphology. CEBP-1 and the DLK-1 pathway are essential for axon regeneration after laser axotomy in adult neurons, and axotomy induces translation of CEBP-1 in axons. Our findings identify the DLK-1 pathway as a regulator of mRNA stability in synapse formation and maintenance and also in adult axon regeneration.

2004 Understanding how nerves regenerate is an important step towards developing treatments for human neurological disease1, but investigation has so far been limited to complex organisms (mouse and zebrafish2) in the absence of precision techniques for severing axons (axotomy). Here we use femtosecond laser surgery for axotomy in the roundworm Caenorhabditis elegans and show that these axons functionally regenerate after the operation. Application of this precise surgical technique should enable nerve regeneration to be studied in vivo in its most evolutionarily simple form.

2000 Presynaptic terminals contain highly organized subcellular structures to facilitate neurotransmitter release. In C. elegans, the typical presynaptic terminal has an electron-dense active zone surrounded by synaptic vesicles. Loss-of-function mutations in the rpm-1 gene result in abnormally structured presynaptic terminals in GABAergic neuromuscular junctions (NMJs), most often manifested as a single presynaptic terminal containing multiple active zones. The RPM-1 protein has an RCC1-like guanine nucleotide exchange factor (GEF) domain and a RING-H2 finger. RPM-1 is most similar to the Drosophila presynaptic protein Highwire (HIW) and the mammalian Myc binding protein Pam. RPM-1 is localized to the presynaptic region independent of synaptic vesicles and functions cell autonomously. The temperature-sensitive period of rpm-1 coincides with the time of synaptogenesis. rpm-1 may regulate the spatial arrangement, or restrict the formation, of presynaptic structures.

The liprin protein SYD-2 regulates the differentiation of presynaptic termini in C. elegans

1999 At synaptic junctions, specialized subcellular structures occur in both pre- and postsynaptic cells. Most presynaptic termini contain electron-dense membrane structures, often referred to as active zones, which function in vesicle docking and release. The components of those active zones and how they are formed are largely unknown. We report here that a mutation in the Caenorhabditis elegans syd-2 (for synapse-defective) gene causes a diffused localization of several presynaptic proteins and of a synaptic-vesicle membrane associated green fluorescent protein (GFP) marker. Ultrastructural analysis revealed that the active zones of syd-2 mutants were significantly lengthened, whereas the total number of vesicles per synapse and the number of vesicles at the prominent active zones were comparable to those in wild-type animals. Synaptic transmission is partially impaired in syd-2 mutants. syd-2 encodes a member of the liprin (for LAR-interacting protein) family of proteins which interact with LAR-type (for leukocyte common antigen related) receptor proteins with tyrosine phosphatase activity (RPTPs). SYD-2 protein is localized at presynaptic termini independently of the presence of vesicles, and functions cell autonomously. We propose that SYD-2 regulates the differentiation of presynaptic termini in particular the formation of the active zone, by acting as an intracellular anchor for RPTP signalling at synaptic junctions.