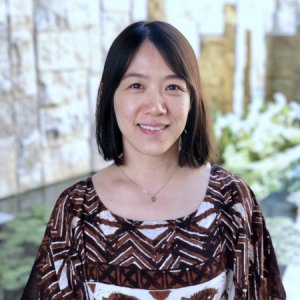 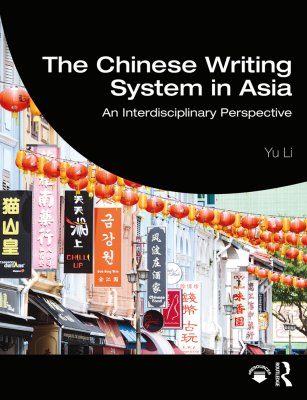 Dr. Li's research interests include linguistic-landscape study, Chinese linguistics, Chinese language pedagogy, and East Asian calligraphy. Her recent work has focused on the cultural and social semiotics of the Chinese writing system. She is the author of The Chinese Writing System in Asia: An Interdisciplinary Perspective published by Routledge in 2020. Her current project examines the use of typeface as representation of group identity. Dr. Li coordinates the Chinese Program at LMU. Before joining LMU, she was a Senior Lecturer in Chinese, Linguistics, and East Asian Studies at Emory University. She served two terms as the Review Editor for Chinese as a Second Language (http://clta-us.org/publications/) from 2015 to 2020 and has served on the journal's editorial board since 2009.

This course engages students in inquiries into the ever-evolving concept of "Chineseness" in historical and global-local contexts. Rooted in the linguistic and cultural diversity of China and is thus in itself complex, the idea of "what is Chinese" has been shaped and reshaped by global influences since China and the West came into sustained contact in the 13th century. In this interdisciplinary course, students will study a broad range of topics with the main objective to develop their intercultural curiosity and competence, critical thinking skills, and global-local perspectives about China and the world. The course consists of four units: Chinese languages, cultures, and philosophy, China and Europe (13th-20th centuries), China and the Americas (19th-21st centuries), and Chinese diaspora cultures in the globalized world (20th-21st centuries). This course fulfills the Historical Perspectives Core requirement.

This course offers an interdisciplinary study and practicum of Chinese calligraphy in its artistic, historical, and sociocultural contexts. Students will start by learning about Chinese calligraphy as a traditional art form and then go beyond the classically defined discipline to examine the aesthetic values, intellectual metaphors, and moral criteria that calligraphy embodies in China or East Asia. They will examine calligraphy's role in Confucian education and the Civil Service Examination, in Buddhist practices, as well as in modern political transactions. As well, they will learn about the development of Modernist Calligraphy and contemporary Chinese artists' use of character writing in avant-garde works. Throughout the semester, students will engage in systematic hands-on practice of brush writing in the Standard (kǎishū 楷书) style. Sustained practice will prepare them for the completion of a final art project at the end of the semester. This course fulfills the Creative Experience Core requirement.

This course is a broad and interdisciplinary introduction to Chinese culinary cultures. Through critical reading and discussion, students study the foodways of the Chinese people, both traditional and modern, and their impact on the globalized world. They also learn about the crises related to food, especially in China's recent history and contemporary times, and the measures taken to forestall such crises. Throughout the course, students learn to recognize narrow stereotypes associated with Chinese food and people, understand Chinese food cultures as integrated and dynamic practices, and appreciate the complexity in the symbolic meaning food holds in Chinese cultures. The course incorporates perspectives from anthropology, sociology, history, environmental studies, linguistics as well as food studies. Readings and discussions make up the majority of the class time, but several class periods will be devoted to making and serving food. Throughout the semester, students will contribute to LMU’s Feed the Hungry program by making lunches and learn about food insecurity in Los Angeles. This course fulfills the Interdisciplinary Connections Core requirement and carries the Engaged-Learning flag.

This course is a systematic introduction to modern linguistics, the scientific study of human language and its structure. Students will first study the foundational and formal aspects of linguistics, including phonetics, phonology, morphology, syntax, and semantics. They will then delve into its major branches such as psycholinguistics, sociolinguistics, applied linguistics, writing systems, and sign languages. Throughout the course, students will analyze and compare data from a wide array of languages to develop cross-linguistic insights and metalinguistic awareness. Although knowledge or experience in a language other than English is not required, it will be beneficial for grasping some of the concepts and ideas and for contributing to class discussion. This course is required for the Modern Languages major, and it satisfies the Understanding Human Behavior Core requirement.

Calligraphy education in Teaching Chinese as a Second Language