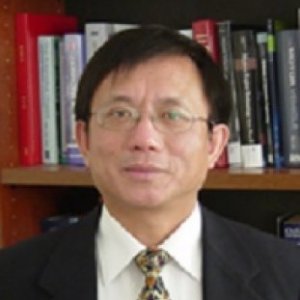 Millions of vehicles travel North America’s busiest highway each day spanning the borders between Windsor, Ontario and Quebec. As a vital economic corridor, Highway 401 is closely navigated by single-trailer articulated heavy vehicles (STAHVs), producing toxic emissions that contribute to global warming. Yuping He, PhD, Associate Professor in the Faculty of Engineering and Applied Science, is exploring ways to increase highway safety and reduce air pollution from its worst offenders. He is partnering with the Ontario Ministry of Transportation and Ingersoll Axles, an Ontario-based company, to improve the safety of long combination vehicles (LCVs) for frequent use on Highway 401.

At roughly 40 metres in length, LCVs carry twice the load using two trailers, yet most highway ramps and interchanges weren’t designed for their use. An expert in optimizing vehicle systems to advance overall safety and performance, Dr. He’s current research aims to improve the maneuverability and stability of LCVs, making them safer for use. Significantly ramping up LCV use on Highway 401 would improve fuel economy to haul essential goods by one third, and simultaneously reduce one third of greenhouse gas emissions produced by Ontario’s trucking industry. Further implications of LCV use include both reduced traffic congestion and highway maintenance during peak travel times.

Dr. He earned his Bachelor of Science in Automotive Engineering from Hubei Automotive Industries Institute in 1985, the same year he began his career as a Design Engineer at Dongfeng Motor Co. in China. Upon completion of his Master of Science in Automotive Engineering from Tsinghua University in 1991, he joined Beijing Institute of Technology as a Lecturer and was appointed an Associate Professor in 1995. In 1998, he moved to Canada and obtained his Doctorate in Mechanical Engineering at the University of Waterloo in 2002, and received two Postdoctoral Fellowships at the University of Waterloo and the University of Windsor focusing on design optimization of motor vehicles. In 2005, he served as a senior design engineer at Detroit-based American Axle and Manufacturing.

Dr. He serves as an Adjunct Professor in the Department of Automotive Engineering at HUAT, located in Shiyan, China.

An Associate Professor in the Department of Automotive, Mechanical and Manufacturing Engineering, Dr. He received a Research Excellence Award for his contributions to advanced vehicle design and safety systems at UOIT in 2010.

23rd International Symposium on Dynamics of Vehicles on Roads and Tracks  Qingdao, China

Ontario Partnership for Innovation and Commercialization $51400