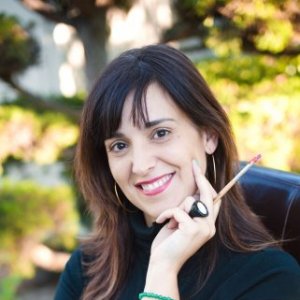 Dr. Yvette Lapayese is a mother-scholar to three high-spirited boys and a Professor and Associate Chair of the Department of Urban Education at Loyola Marymount University. Prior to receiving her PhD at UCLA, she was a 5th grade public school educator who studied and practiced human rights education with and for immigrant and bilingual youth. Dr. Lapayese continues to work closely with classroom teachers, school site leaders, and district officials in California to help develop critical and feminist pedagogical practices that ensure a just and meaningful education for all children. She has published numerous articles and book chapters and presented at national and international conferences for the past 10 years on issues related to urban youth, bilingual education, and teacher education, with special attention given to the epistemology of emergent bilingual youth and female and queer teachers of color. Dr. Lapayese is currently working on her second book, A Human Right to Language in Dual Language Immersion Schools.

Toward a critical global citizenship education

As the ubiquitous force of globalization further erodes the nation-state and political activity increasingly focuses on global issues, there is renewed attention to models of global citizenship. Social problems, redefined as global problems, complicate local, national, and global boundaries. For instance, international trade agreements like the North American Free Trade Agreement (NAFTA) and the General Agreement on Tariffs and Trade (GATT) undermine the capability of many nation-states to develop and implement their own policies. Julie Andrzejewski and John Alessio write, “A small group of global elites and corporations continue to benefit from systems of extracting natural resources and concentrating wealth which were established during colonial and neocolonial periods. Indeed, they are currently in the process of restructuring the world from nation-states into a global economic system to facilitate faster, more efficient resource extraction and cheaper labor for even greater profits at the expense of the environment and human lives.” Undeniably, globalization is a complex and multidimensional phenomena socially constructed to exasperate tensions between local and global dynamics...

Understanding and undermining the racio‐economic agenda of No Child Left Behind: using critical race methodology to investigate the labor of bilingual teachers

Language education for students of color is a neutral process. The education of linguistically diverse students is situated in larger issues concerning white supremacy and the distribution of wealth and power. In this article, I argue that the English‐only language policy contained within No Child Left Behind (NCLB) justifies a hierarchical racial order in which subordinate language status is still represented in racial and economic terms. As such, there is a pressing need to understand how language policy (specifically, NCLB) affects teachers and how teachers respond to and influence the enactment of such policies. The research suggests that Latina/o teachers understand NCLB’s language policy to be a convergence of race and class interests and, in view of that, mediate and undermine English‐only policy in the classroom. Through the work of bilingual educators, I hope to expand the discussion about preparing teachers for educating linguistic minorities to go beyond the methods fetish and to reconsider the professional identities of teachers as extending beyond the classroom role, to include that of political agent...

Mother-scholar presents a vital source of knowledge. The book illuminates the narratives of mother-scholars in the field of education who are determined to (re)imagine the educational space not only for their own children, but for all children. The book details how the experiences of motherhood and academic thinking confront and inform each other within the field of education. This project is both personal and scholarly. As a mother of three young boys and a scholar in the field of education, I questioned whether my intellectual shifts could be simply defined as “work-life balance,” “mama Ph.D.,” or any other such label. My maternal experiences challenged me to think critically about the role mother-scholars play in the education of all children...

Gender and Bilingual Education: An Exploratory Study of the Academic Achievement of Latina and Latino English Learners

Although biliteracy plays a vital role in academic achievement, there has been little research on the unique needs of female and male English language learners. Becoming biliterate is a complex process, compounded by other variables such as 1st-language background, class, culture, and gender. Among these variables, gender has been the least examined and reported for English language learners in the United States. This exploratory quantitative study investigates the interplay between gender and biliteracy in a diverse urban school district. The quantitative data demonstrate gender variations across all years and grade levels and on both English and Spanish assessments...

A Racio-economic Analysis of Teach for America: Counterstories of TFA Teachers of Color

One of the United States’ most formidable challenges is the miseducation of students of color. Students of color consistently underperform, when compared to their White counterparts, on nearly every marker of student achievement. Recent studies show that by the twelfth grade, Black students’ performance in reading and mathematics equals that of White eighth graders (National Center for Education Statistics, 2010). Additionally, in the 2007-2008 school year, only 63.5% of Latino students and 61.5% of Black students graduated from public high schools, while 81% of White students graduated from public high schools (Stillwell, 2010)...

Published in "Latinos and Education: A Critical Reader"

Despite the fact that Latinas are the fastest-growing minority in the USA, their histories, experiences, cultures and languages are systematically devalued within US schools. Moreover, little research provides rich and thorough descriptions of how race and gender intersect to influence schooling for Latina students. This study prioritises the narratives of Latina teachers to illustrate how race and gender impact the schooling experiences of Latina youth. The Latina teachers contend that racio-sexual oppression is alive and well in urban schools. To mediate and oppose these acts of oppression, the teachers and I provide three points of departure to develop a raced and gendered pedagogical framework for Latina students...