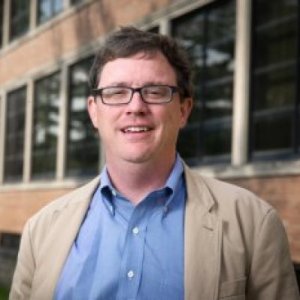 Professor, Department of Psychology and Director of The Expertise Lab | Michigan State University 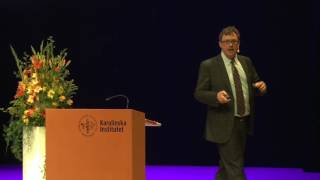 David “Zach” Hambrick is a professor of cognitive psychology whose research into the field of expertise has garnered widespread national media coverage and landed him an occasional writing gig in the New York Times.

Fellow of the Association for Psychological Science (professional)

Practice Makes Perfect? Not So Much

"Turns out, that old “practice makes perfect” adage may be overblown. New research led by Michigan State University’s Zach Hambrick finds that a copious amount of practice is not enough to explain why people differ in level of skill in two widely studied activities, chess and music..."

Toward a multifactorial model of expertise: beyond born vs made

2017 The debate over the origins of individual differences in expertise has raged on for over a century in psychology. The “nature” view holds that expertise reflects “innate talent”—that is, genetically-determined abilities. The “nurture” view counters that if talent even exists, its effects on ultimate performance are negligible. While no scientist takes seriously a strict nature view of expertise, the nurture view has gained tremendous popularity over the past several decades. Most prominently, while explicitly rejecting any important role for innate ability (“talent”), some authors have argued that what distinguishes expert performers from normal adults is lifelong engagement in deliberate practice. Here, we argue that despite its popularity, this view is inadequate to account for the evidence concerning the origins of expertise that has accumulated since the view was first proposed. More generally, we argue that the nature vs. nurture debate in research on expertise is over—or certainly should be, as it has been in other areas of psychological research for decades. We describe a multifactorial model for research on the nature and nurture of expertise, which we believe will provide a progressive direction for future research on expertise.

The Generality of Working Memory Capacity: A Latent-Variable Approach to Verbal and Visuospatial Memory Span and Reasoning

2004 A latent-variable study examined whether verbal and visuospatial working memory (WM) capacity measures reflect a primarily domain-general construct by testing 236 participants in 3 span tests each of verbal WM. visuospatial WM, verbal short-term memory (STM), and visuospatial STM. as well as in tests of verbal and spatial reasoning and general fluid intelligence (Gf). Confirmatory' factor analyses and structural equation models indicated that the WM tasks largely reflected a domain-general factor, whereas STM tasks, based on the same stimuli as the WM tasks, were much more domain specific. The WM construct was a strong predictor of Gf and a weaker predictor of domain-specific reasoning, and the reverse was true for the STM construct. The findings support a domain-general view of WM capacity, in which executive-attention processes drive the broad predictive utility of WM span measures, and domain-specific storage and rehearsal processes relate more strongly to domain-specific aspects of complex cognition.

2004 Working memory (WM) span tasks—and in particular, counting span, operation span, and reading span tasks—are widely used measures of WM capacity. Despite their popularity, however, there has never been a comprehensive analysis of the merits of WM span tasks as measurement tools. Here, we review the genesis of these tasks and discuss how and why they came to be so influential. In so doing, we address the reliability and validity of the tasks, and we consider more technical aspects of the tasks, such as optimal administration and scoring procedures. Finally, we discuss statistical and methodological techniques that have commonly been used in conjunction with WM span tasks, such as latent variable analysis and extreme-groups designs.