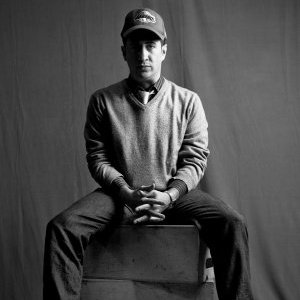 Born and raised in Los Angeles to a family deeply immersed in the entertainment industry, he absorbed pop-culture and took great interest in media and how products came to market. Throughout high school, he worked directly for executive management at Sony ImageWorks, 20th Century Fox, ICM and The Firm. During college, he promoted high-profile, weekly events for college students, featuring platinum-selling recording artists such as Akon, Jermaine Dupree, Ludacris, Outkast & Jeezy.

After he sold his share of the Atlanta marketing firm, he was recruited by LA start-up, The High School Hook-Up, to come aboard and run development and marketing of the networking site. After slow funding, the project hit an impasse. Zach took his increased knowledge of the online arena and proceeded to develop College Tonight, which in its first 12 months of operation, won the Mashable award for Best Event-Based Social Network on the web and was published in Generation MySpace as one of the top 20 social networking sites on the Internet. What started as a simple conduit of communication between local businesses and college students, soon became a more robust collegiate platform. College Tonight evolved into TheQuad.com, which consisted of a retail outfit, collaborative tools and essential Greek community features. Suchin raised over $2.2 million in capital, eventually taking the company public through an RPO in late 2007.

This made Suchin the youngest CEO of a publicly traded company in the United States. With Zach at the helm, the company peaked at a market capitalization of over $100 million. Having negotiated a lucrative endorsement deal with Lauren Conrad of MTV's The Hills produced a national fashion tour, and generated hundreds of thousands of active users through various marketing initiatives, he sold his share of the company in early 2009.

Suchin then co-founded Brand Knew with Jason Schutzbank to help both start-ups and veteran brands better navigate the new media realm. He is credited with having invented the developmental venture equity model now popularized by boutique digital agencies. Zach sits on the board of directors for several portfolio companies and the steering committees for various non-profit organizations. He remains intimately involved in the creative direction of Brand Knew's dozens of service clients and chairs the Brand Knew Opportunities demo and networking conferences.