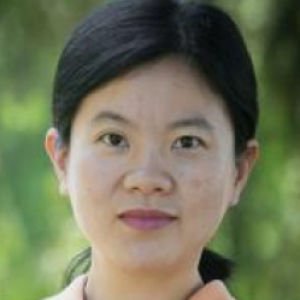 
Expert in elder abuse, aging, and sociological aspects of health

Dr. Zhang's research interests include aging and the life course, racial/ethnic disparities in health, population aging in China, and elder abuse/neglect. In recent work she has examined early life influences on cognitive impairment and dementia in China and the US, and investigated patterns and determinants of intergenerational transfers in contemporary China.

2017 With the rapid aging of the Chinese population, growing attention has been given to old-age support. Widowed older adults constitute a particularly vulnerable population because the loss of a spouse can lead to financial hardships and emotional distress. We used data from the 2002 Chinese Longitudinal Healthy Longevity Survey to examine multiple dimensions of old-age support among a nationwide sample of widowed old adults ages 65 and older (N= 10,511)...

2017 Existing studies of the 1944–45 Dutch famine found little evidence of the association between early life malnutrition and midlife cognition. Methods Among 2446 rural participants born between 1958 and 1963 in the China Health and Retirement Longitudinal Study, we examined effects of exposure to China's 1959–61 Great Leap Forward famine during prenatal and early postnatal life, on four cognitive measures in 2011 (baseline) and changes in cognition between 2011 and 2013 (first follow-up). We obtained difference-in-differences (DID) estimates of the famine effects by exploiting temporal variation in the timing and duration of famine exposure across six birth cohorts born between 1958 and 1963, together with geographical variation in famine severity at the prefecture level...