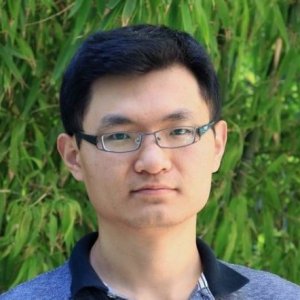 
An expert in RNA structures and interactions, chemical tools for RNA, RNA in genetic and infectious diseases, and computational biology. 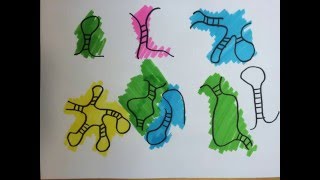 Dr. Lu received his B.S. in Biology from Fudan University in 2008. He earned his Ph.D. in Biology with Professor Greg Matera at UNC Chapel Hill in 2014. During his PhD work, Dr. Lu discovered novel RNA-protein interactions and new forms of circular RNAs. Dr. Lu conducted postdoctoral training with Professor Howard Y. Chang at Stanford University from 2014 to 2018. His postdoctoral work established a general strategy to determine RNA secondary structures and interactions in living cells.

Dr. Lu’s work on noncoding RNA structures led to the discovery of drug target that has been employed to develop drugs to treat X-linked genetic diseases. His work was featured on the cover of Cell, on the cover of Best of Cell 2016.

RNA in genetic and infectious diseases

RISE: a database of RNA interactome from sequencing experiments

2017 We present RISE (http://rise.zhanglab.net), a database of RNA Interactome from Sequencing Experiments. RNA-RNA interactions (RRIs) are essential for RNA regulation and function. RISE provides a comprehensive collection of RRIs that mainly come from recent transcriptome-wide sequencing-based experiments like PARIS, SPLASH, LIGR-seq, and MARIO, as well as targeted studies like RIA-seq, RAP-RNA and CLASH. It also includes interactions aggregated from other primary databases and publications. The RISE database currently contains 328,811 RNA-RNA interactions mainly in human, mouse and yeast. While most existing RNA databases mainly contain interactions of miRNA targeting, notably, more than half of the RRIs in RISE are among mRNA and long non-coding RNAs. We compared different RRI datasets in RISE and found limited overlaps in interactions resolved by different techniques and in different cell lines. It may suggest technology preference and also dynamic natures of RRIs. We also analyzed the basic features of the human and mouse RRI networks and found that they tend to be scale-free, small-world, hierarchical and modular. The analysis may nominate important RNAs or RRIs for further investigation. Finally, RISE provides a Circos plot and several table views for integrative visualization, with extensive molecular and functional annotations to facilitate exploration of biological functions for any RRI of interest.

2017 X-chromosome inactivation (XCI) is a critical epigenetic mechanism for balancing gene dosage between XY males and XX females in eutherian mammals. A long non-coding RNA (lncRNA), XIST, and its associated proteins orchestrate this multi-step process, resulting in the inheritable silencing of one of the two X-chromosomes in females. The XIST RNA is large and complex, exemplifying the unique challenges associated with the structural and functional analysis of lncRNAs. Recent technological advances in the analysis of macromolecular structure and interactions have enabled us to systematically dissect the XIST ribonucleoprotein complex, which is larger than the ribosome, and its place of action, the inactive X-chromosome. These studies shed light on key mechanisms of XCI, such as XIST coating of the X-chromosome, recruitment of DNA, RNA and histone modification enzymes, and compaction and compartmentalization of the inactive X. Here, we summarize recent studies on XCI, highlight the critical contributions of new technologies and propose a unifying model for XIST function in XCI where modular domains serve as the structural and functional units in both lncRNA–protein complexes and DNA–protein complexes in chromatin.