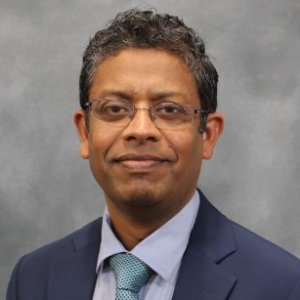 
Karim researches signaling and the SNARE secretory machinery in platelets to understand their contribution to health and disease.

Up in smoke? With vaping on the edge of banishment, let our experts help with your coverage

Karim is an assistant professor in the Department of Interdisciplinary Health Sciences at Augusta University, where he has served since 2021.

His research is based around understanding signaling and the SNARE secretory machinery in platelets as well as to understand their contribution to health and disease. His research also includes drug discovery in the thrombosis and haemostasis, pre-clinical trials and basic mechanisms of the drug in cell system especially in platelets.

He received an M.S. from the Hamadard University, New Delhi, India. He received his Ph.D. in Biochemistry from the Institute of Medical Sciences, Banaras Hindu University, Varanasi, India in 2004. In 2004, he joined Dr. Sidney Whiteheart (University of Kentucky, Lexington, KY) as a post-doctoral fellow.

Council of Scientific Industrial and Research (2003)

Council of Industrial and Research (2001)

The FDA is looking to pull Juul E-Cigarettes off the shelves. They were originally created as a way to wean smokers off tobacco products. Researchers at Augusta University have been looking into the lasting effects vapes can have. Dr. Zubair Karim, an assistant professor of interdisciplinary health sciences at A-U says, “There is no such remedy that we can take the alternative to the smocking pattern.” According to the CDC in 2021, 2.06 million U.S. middle and high school students used e-cigs in the past 30 days. A.U. experts began testing back in 2020 by exposing mice to the nicotine found in Juul’s and collecting blood samples.

How do nicotine and other harmful chemical levels compare in vaping vs. traditional cigarettes?

With the ban on Juul products, could this result in a ban on other companies’ e-cigarette products as well, or was there something specifically about Juul that caused their ban?

Thirdhand smoke (THS), the persistent residue of tobacco smoke that remains after a cigarette is extinguished, materialized as a threat for human health over the last decade. These toxic residues end up depositing on surfaces and objects where tobacco has been used (e.g., homes) and persist for weeks/months after the last smoking.1 THS toxicants undergo chemical reactions and changes over time potentially making them more toxic.2 Given that the routes of exposure to THS involve skin absorption, inhalation and ingestion,3 it is thought to be more toxic by producing more toxicants in the blood of the exposed person.4 Indeed, there is a growing body of evidence documenting THS-induced health risks,5 including cardiovascular disease (CVD). For example, we previously showed that THS exposure modulates platelet function and enhances thrombogenesis in adult exposed mice.6 However, it has not yet been established whether prenatal/in utero THS exposure impacts platelet function and related disorders, which is paramount since the developing embryo is especially sensitive to environmental toxicants, including cigarette smoke.7 Therefore, this study was designed to address this issue, utilizing the offspring of exposed females. In addition, we also examined whether sex differences exist in THS-induced effects.

G-protein coupled receptors (GPCRs) tightly regulate platelet function by interacting with various physiological agonists. An essential mediator of GPCR signaling is the G protein αβγ heterotrimers, in which the βγ subunits are central players in downstream signaling. Herein, we investigated the role of Gβγ subunits in platelet function, hemostasis and thrombogenesis.

Smoking is the main preventable cause of death in the United States and worldwide and is associated with serious cardiovascular health consequences, including thrombotic diseases. Recently, electronic cigarettes (e-cigarettes) and, in particular JUUL, have attained wide popularity among smokers, nonsmokers, pregnant females, and even the youth, which is alarming. Interestingly, there is/are no information/studies regarding the effect of JUUL on cardiovascular diseases, specifically in the context of modulation of platelet activation. Thus, it is important to discern the cardiovascular disease health risks associated with JUUL.

Cardiovascular disease is a major public health problem. Among cardiovascular disease's risk factors, tobacco smoking is considered the single most preventable cause of death, with thrombosis being the main mechanism of cardiovascular disease mortality in smokers. While tobacco smoking has been on the decline, the use of waterpipes/hookah has been rising, mainly due to the perception that they are less harmful than regular cigarettes. Strikingly, there are few studies on the negative effects of waterpipes on the cardiovascular system, and none regarding their direct contribution to thrombus formation. Approach and Results: We used a waterpipe whole-body exposure protocol that mimics real-life human exposure scenarios and investigated its effects, relative to clean air, on platelet function, hemostasis, and thrombogenesis. We found that waterpipe smoke (WPS)-exposed mice exhibited both shortened thrombus occlusion and bleeding times. Further, our results show that platelets from WPS-exposed mice are hyperactive, with enhanced agonist-induced aggregation, dense and α-granule secretion, αIIbβ3 integrin activation, phosphatidylserine expression, and platelet spreading, when compared with clean air-exposed platelets. Finally, at the molecular level, it was found that Akt (protein kinase B) and ERK (extracellular signal-regulated kinases) phosphorylation are enhanced in the WPS and in nicotine-treated platelets.