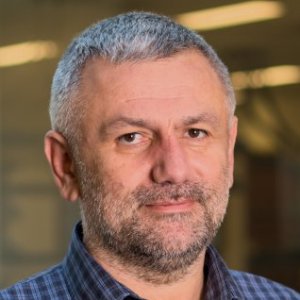 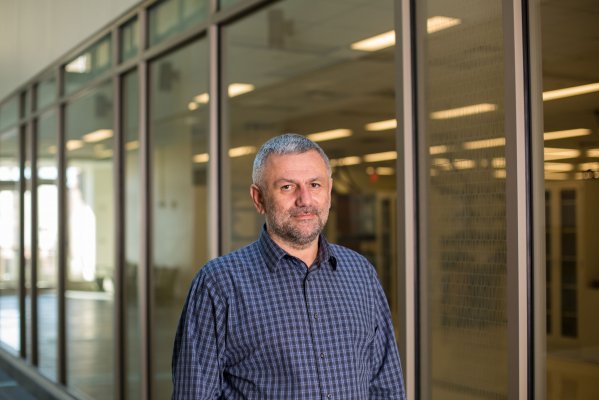 2010 To demonstrate the feasibility of reconstructing a cone-beam CT(CBCT)image by deformably altering a prior fan-beam CT (FBCT) image such that it matches the anatomy portrayed in the CBCT projection data set.

2010 A semi-supervised learning method, the on-line accelerated kernel feature analysis (On-line AKFA) is presented. In On-line AKFA, features are extracted while data are being fed to the algorithm in small batches as the algorithm proceeds. The paper compares and contrasts the use of On-line AKFA and Off-line AKFA in CT colonography. On-line AKFA provides the flexibility to allow the feature space to dynamically adjust to changes in the input data with time during the training phase. The computational time, reconstruction accuracy, projection variance, and classification performance of the proposed method are experimentally evaluated for kernel principal component analysis (KPCA), Off-line AKFA, and On-line AKFA. Experimental results demonstrate a significant reduction in computation time for On-line AKFA compared to the other feature extraction methods considered in this paper.

2008 To develop a 4DCT reconstruction technique that improves time resolution when the anatomy moves with respiration.

2008 In radiation therapy, tumor motion induced by patient's respiration may lead to significant differences between the planned and delivered radiation dose. Compensating for tumor motion is therefore crucial for accurate and efficient treatment. The focus of the presented research is on real-time tumor tracking, due to its potential to overcome the limitations of other approaches, such as margin expansion, breath-holding, and gating. A real challenge in tumor tracking is the presence of delays in the treatment system. Prediction of tumor displacement is then necessary to overcome such delays. In this paper, we propose a method for the prediction of breathing signals based on a Nonlinear Set Membership (NSM) algorithm. The algorithm does not require the choice of a predefined functional form for the prediction model, and addresses the issue of measurement noise with minimal assumptions on its statistical properties. The NSM method was tested on nine clinical signals and its performance compared favorably with reported results as well as an optimized nonlinear neural network predictor.

2005 The synchronization of dynamic multileaf collimator (DMLC) response with respiratory motion is critical to ensure the accuracy of DMLC-based four dimensional (4D) radiationdelivery. In practice, however, a finite time delay (response time) between the acquisition of tumor position and multileaf collimator response necessitates predictive models of respiratory tumor motion to synchronize radiationdelivery. Predicting a complex process such as respiratory motion introduces geometric errors, which have been reported in several publications. However, the dosimetric effect of such errors on 4D radiationdelivery has not yet been investigated. Thus, our aim in this work was to quantify the dosimetric effects of geometric error due to prediction under several different conditions. Conformal and intensity modulated radiation therapy(IMRT) plans for a lung patient were generated for anterior-posterior/posterior-anterior (AP/PA) beam arrangements at 6 and 18 MV energies to provide planned dose distributions. Respiratory motion data was obtained from 60 diaphragm-motion fluoroscopy recordings from five patients. A linear adaptive filter was employed to predict the tumor position.