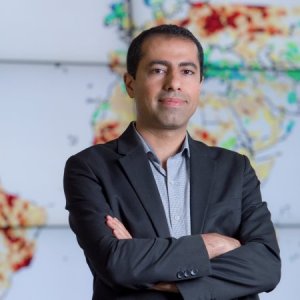 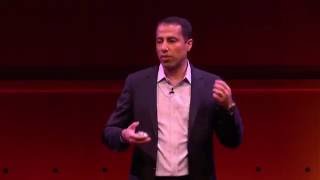 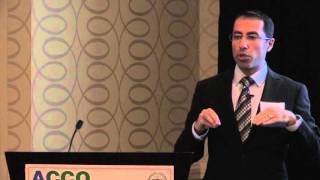 Amir AghaKouchak is a Professor of Civil and Environmental Engineering and Earth System Science at the University of California, Irvine. His research focuses on natural hazards and climate extremes and crosses the boundaries between hydrology, climatology, remote sensing. One of his main research areas is studying and understanding the interactions between different types of climatic and non-climatic hazards including compound and cascading events. He has received a number of honors and awards including the American Geophysical Union’s James B. Macelwane Medal and the American Society of Civil Engineers (ASCE) Huber Research Prize. Amir is currently serving as the Editor-in-Chief of Earth’s Future. He has served as the principal investigator of several interdisciplinary research grants funded by the National Aeronautics and Space Administration (NASA), National Science Foundation (NSF), and National Oceanic and Atmospheric Administration (NOAA). Amir has a passion for nature and landscape photography, and he uses his photos for creating educational materials.

Remote Sensing of the Environment

The state’s years-long drought may have also had a psychological effect on residents, who lately have been praying for rain, said Amir AghaKouchak, a civil and environmental engineering professor at University of California, Irvine. “Fire, when you see it, you immediately feel the danger,” he said. “But rain is different, especially in California, where we consider it a good thing.” Floods, then, can blindside people, he said. And it doesn’t take much water — sometimes just a quarter of an inch in a matter of minutes — to transform a benign hill into a mudslide, AghaKouchak said.

Amir Aghakouchak, an Iranian-American professor of civil and environmental engineering at the University of California, Irvine, who has written on water scarcity in the country, said he was not sure a higher profile would translate to action on the ground in Iran. "Unfortunately, when it comes to water and environmental management, I am not optimistic about the level of government engagement," he said.

“In cascading events, the sequence, timing and order of events really matter,” says Amir AghaKouchak, a professor of environmental and civil engineering at the University of California, Irvine. He adds that some events can take place over years, making it harder for scientists to model or predict their risks.

The next extreme floods could be even worse, a new study shows. But there’s a way to prevent that

Amir AghaKouchak, a co-author and civil engineer at the University of California at Irvine, told CNN that many parts of the country — including the St. Louis area and eastern Kentucky — are particularly vulnerable and need to make a lot of improvements to adapt to the rapidly changing climate.

But this an evolving status quo many societies and governments have to accept. “Heat waves happen more frequently now and they are spread around throughout the year,” Amir AghaKouchak, a University of California at Irvine professor, told my Washington Post colleagues. “This is the new normal and most likely it will only get worse in the future unless we take serious actions.”

Rainfall Totals: 1+ Inch of Rain in Parts of San Diego County Not Enough to Pull From Drought, Expert Says

UC Irvine professor of Civil & Environmental Engineering Amir AghaKouchak said while the rainfall was significant, it is not likely enough to pull the region out of drought. "We are towards the end of the rainy season. It is unlikely that we will see several [more] storms like this. So, most likely we will remain below average this year," AghaKouchak said. "The good news is that our reservoirs are not bad... It's better than last year, but we will remain under drought situation this year, at least that's how it looks like."

Heavy rains in drought-stricken states could be dangerous

Amir AghaKouchak is a professor of Civil & Environmental Engineering and Earth System Science at University of California, Irvine. This story originally featured on The Conversation. A powerful storm system known as an atmospheric river is heading for northern California and Oregon, a region in the midst of an historic drought.

Evacuations ordered as a powerful storm heads for California’s wildfire burn scars, raising risk of mudslides – this is what cascading climate disasters look like

Officials issued evacuation orders for people living downhill from several of California’s wildfire burn scars on Oct. 24, 2021, as a powerful storm system known as an atmospheric river began to drench the West Coast.

Avoiding water bankruptcy in the drought-troubled Southwest: What the US and Iran can learn from each other

The 2021 water year ends on Sept. 30, and it was another hot, dry year in the western U.S., with almost the entire region in drought. Reservoirs vital for farms, communities and hydropower have fallen to dangerous lows.

How Anthropogenic Drought Plays Out

A recent article published in Reviews of Geophysics focuses on anthropogenic drought, exploring how it can be defined and incorporated into models. Here, the lead author explains the concept of anthropogenic drought and suggest how scientists can contribute to drought analysis, planning and mitigation in the future.

Resilience of Geotechnical Infrastructure under a Changing Climate: Quantitative Assessment for Extreme Events

Monitoring and managing food, energy, and water systems under stress

2020 Levee systems are an important part of California's water infrastructure, engineered to provide resilience against flooding and reduce flood losses. The growth in California is partly associated with costly infrastructure developments that led to population expansion in the levee protected areas.

2020 Changes in temperature and air pollution affect agricultural productivity, but most relevant research has focused on major annual crops (for example, wheat, maize, soy and rice). In contrast, relatively little is known about the effects of climate change and air quality on perennial crops such as fruits and nuts, which are important to dietary diversity and nutrition, and represent ~38% of California’s agriculture by economic value.

2020 Flash droughts are a recently recognized type of extreme event distinguished by sudden onset and rapid intensification of drought conditions with severe impacts. They unfold on subseasonal-to-seasonal timescales (weeks to months), presenting a new challenge for the surge of interest in improving subseasonal-to-seasonal prediction. Here we discuss existing prediction capability for flash droughts and what is needed to establish their predictability.

Climate Extremes and Compound Hazards in a Warming World

2020 Climate extremes threaten human health, economic stability, and the well-being of natural and built environments (e.g., 2003 European heat wave). As the world continues to warm, climate hazards are expected to increase in frequency and intensity. The impacts of extreme events will also be more severe due to the increased exposure (growing population and development) and vulnerability (aging infrastructure) of human settlements.

How do natural hazards cascade to cause disasters?

2018 This has been an exceptional year so far for natural disasters. Typhoons in Asia and Hurricane Florence hitting the US east coast have caused extensive damage, flooding and mudslides. In the past two months, Scandinavia, Spain and Portugal, the United Kingdom, North America and South Africa experienced fierce forest blazes.

2018 Across the world, the seasonal montane snowpack stores and releases substantial amounts of water annually. As the global temperature is projected to rise, it becomes increasingly important to assess the vulnerability of the mountain snowpack. We therefore turn to the historical record to understand the extent to which snow water equivalent (SWE) and its centroid respond to different levels of warming.

2017 Population and assets in coastal regions are threatened by both oceanic and fluvial flooding hazards. Common flood hazard assessment practices typically focus on one flood driver at a time and ignore potential compounding impacts.