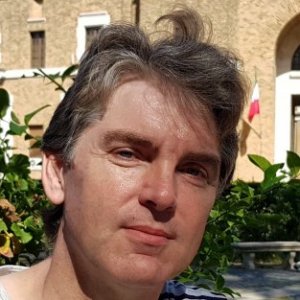 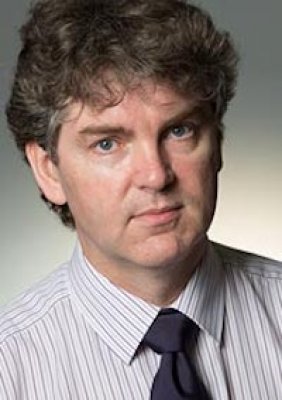 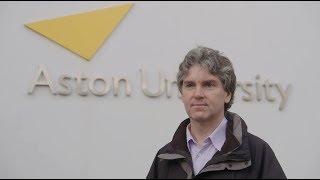 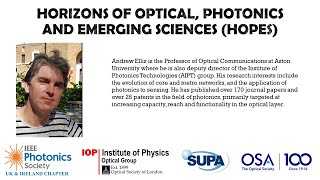 Andrew D. Ellis received the B.Sc. degree in physics with a minor in mathematics from the University of Sussex, Brighton, U.K., in 1987. He received the Ph.D. degree in electronic and electrical engineering from The University of Aston in Birmingham, Birmingham, U.K., in 1997 for his study on all optical networking beyond 10 Gb/s. He previously worked for British Telecom Research Laboratories as a Senior Research Engineer investigating the use of optical amplifiers and advanced modulation formats in optical networks and the Corning Research Centre as a Senior Research Fellow where he led activities in optical component characterization. From 2003, he headed the Transmission and Sensors Group at the Tyndall National Institute in Cork, Ireland, where he was also a Member of the Department of Physics, University College Cork and his research interests included the evolution of core and metro networks, and the application of photonics to sensing.

He is currently 50th anniversary professor of optical communications at Aston University where he is also the Deputy Director of the Institute of Photonics Technologies, and he holds adjunct professorships from University College Cork (Physics) and Dublin City University. He has published more than 200 journal papers and more than 30 patents in the field of photonics, primarily targeted at increasing capacity, reach and functionality in the optical layer. He currently manages projects investigating; optical superchannels for mutli-terabit/s optical transponders, advanced passive optical networks for the delivery of Tbit/s class broadband, and the compoensation of nonlinear effects for the extension of transmission reach.

He is a Life Fellow of the Optical Society of America, and served for 6 years as an Associate Editor of the Journal Optics Express. He was a Member of the Technical Program Committee of ECOC form 2004 to 2018, chairing sub-committee 3 at ECOC devoted to digital and optical signal processing in 2014, and served two three year terms on the TPC of OFC. He has also been TPC member for Photonics Ireland, CLEO Europe, and OECC. He recently participated in the organization of ECOC 2019 as co-chair of the Technical Programme Committee.

Andrew Ellis, a professor of optical communications at Aston University, called for rationing and restrictions on the UK's internet usage in 2015.

Aston University’s chair of optical communications Professor Andrew Ellis welcomed the chancellor's announcement that the government will invest £400m in fibre to the premises. This, he said, would go "a long way to tackling the digital divide" in the UK. “Technologies such as G.Fast, recently developed by major industry players, will serve cities and other densely populated sufficiently where distances to the nearest cabinets are relatively small, so government needs to focus its investment in areas less likely to be served by these initiatives. If targeted at traditionally harder-to-reach areas such as rural districts and market towns, this investment fund could give the economy a major boost.

Government to invest a billion to boost fibre broadband

Is the internet almost full? Experts warn web may collapse when it reaches 'capacity in 8 years

Professor Andrew Ellis, who has co-organised a meeting at London's Royal Society later this month to try to avert the crisis, told the Daily Mail that it would lead to a dramatic increase in costs - and higher bills.

System and Method for the Transmission of Optical Signals

With the continuing growth of demand for bandwidth, fiber optic transmission systems will inherently run into a capacity crunch on single mode fiber. The spectral efficiency of networks to date is practically limited to about 2b/s/Hz. I

A transmitter transmits signals on multiple channels, and they are wavelength multiplexed according to Coherent WDM. Quality of the received signals is very much enhanced by the transmitter tuning the relative phases of neighbouring channels according to delay characteristics of the optical path. In one example, the transmitter adds a relative delay of ¼ bit period between each data signal and the beat frequency signal for the odd and even channel groups, to counter the receiver side delays introduced by the AMZI.

A dispersion compensation system comprises a detector for receiving an optical input signal and a compensator for processing the detector outputs and re-constituting the original signal. The detector generates at least two signals which depend on the instantaneous amplitude and frequency of the distorted signal in different ways, and the compensator electrically processes the detector outputs.